Martial law and military movement are common as the two countries fight over 1,700 square miles of disputed territory. 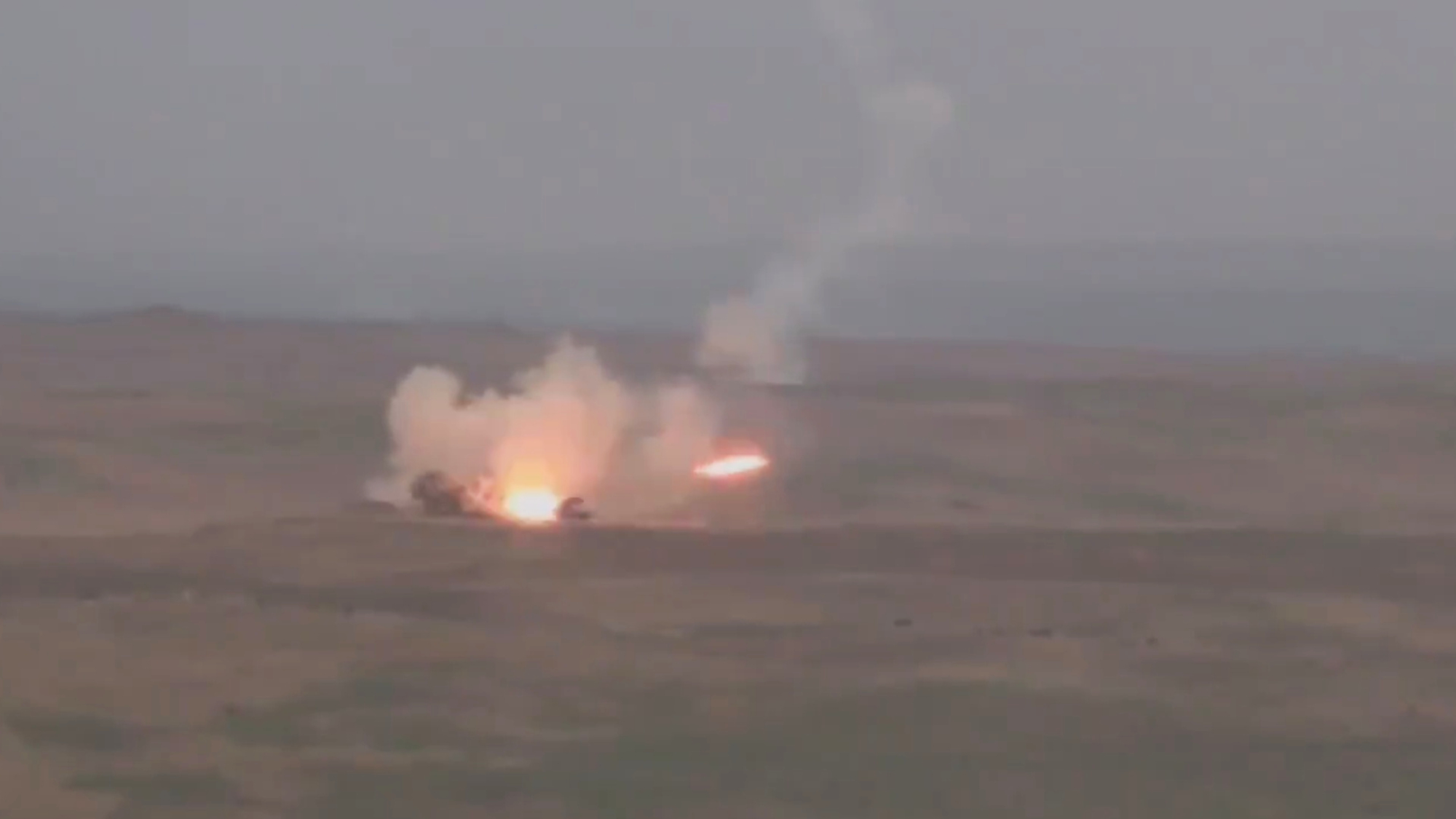 A tank explodes after being hit by a heavy artillery system in an unknown location on an unknown date. (@ArmeniaMODTeam/Newsflash)

Armenian armored vehicles fired missiles at Azerbaijani tanks as the two countries inch closer to war over the disputed region of Nagorno-Karabakh.

Armenia and Azerbaijan both reported military clashes on Sunday over Nagorno-Karabakh, a region in the South Caucasus whose ethnic Armenian majority has long sought independence from Azerbaijan. Each country accused the other of launching attacks and claimed to have responded by announcing martial law and some degree of military mobilization.

The Armenian Ministry of Defense later released a video titled “The Destruction of Azerbaijani tanks,” which shows its armored vehicles firing missiles that appeared to blow up at least two opposing tanks in the mountainous region.

“Today at around 07.30, horrified by their huge manpower and equipment losses, the adversary used the #TOS heavy artillery system at the south-eastern direction,” the ministry tweeted Monday as the skirmish continued. “The Armenian side doesn’t have any losses from the shelling.”

While Nagorno-Karabakh is internationally recognized as part of Azerbaijan, the country has not exercised political authority over the region since the Karabakh enclave began advocating for autonomy in 1988. Instead, it is mostly governed by the Republic of Artsakh, a breakaway state with an Armenian ethnic majority that reached a ceasefire with Azerbaijan in 1994 after a bloody war for secession. 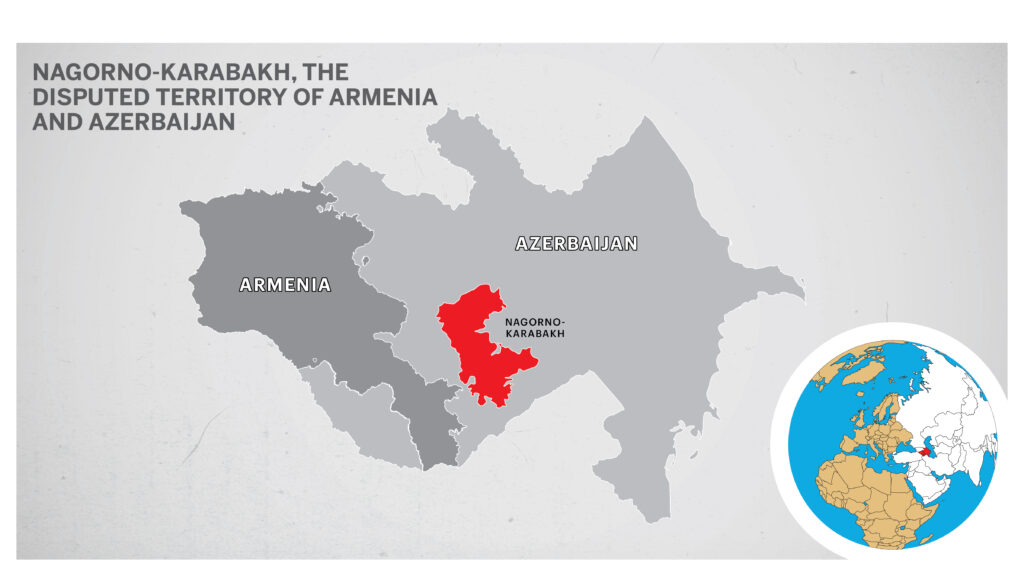 Since the ceasefire, which left the decades-long conflict unresolved, representatives of both governments have been holding peace talks mediated by the Organization for Security and Cooperation in Europe’s Minsk Group on the region’s disputed status. However, tensions between the nations began escalating after Azerbaijan accused Armenia of violating the ceasefire in July.

In response to Sunday’s strikes, which led to civilian casualties on both sides, Egypt called on the former Soviet republics to practice self-restraint and deescalation and urged “all parties to engage in dialogue in order to reach a settlement by peaceful means,” according to a statement from the Egyptian Foreign Ministry.