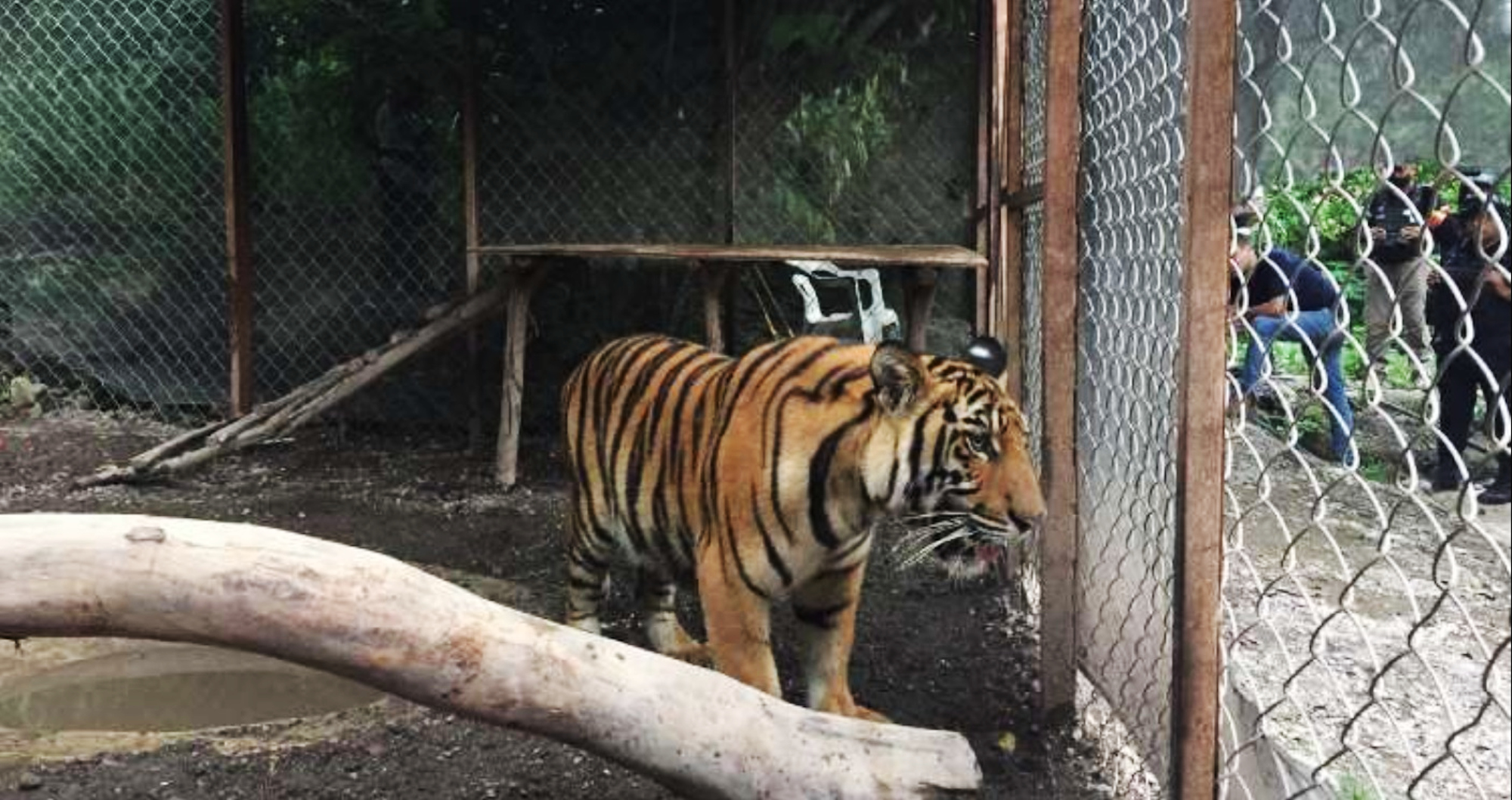 The tiger in a cage on September 25, 2020 in Tlachapa, in the state of Guerrero, Mexico. (Gob Guerrero/Newsflash)

Authorities expect firearms and drugs in a drug kingpin’s cache.

But a Bengal tiger and a lizard were found as part of the property authorities said belonged to the notorious Michoacan cartel, along with custom-made T-shirts bearing the cartel’s name.

The seizure of the animals, together with the narcotics and guns, happened Sept. 25 in Tlachapa, in the state of Guerrero, located in the southwestern area of Mexico.

The property owner is the leader of the Michoacan Family cartel, Jhonny Hurtado Oloscuaga, aka “El Pez,” according to the office of Jorge Zuriel de los Santos Barrila, Attorney General of Guerrero. The cartel, which is known to produce large amounts of methamphetamine, is a violent, complex criminal organization that often metes out what it calls “divine justice” to rivals.

The AG said the tiger weighed 100 kilograms (more than 220 lbs) and was locked in a metal cage. A 50-centimetre (1.6 feet) lizard was also found inside a tank. Both were taken to the Zoologico Zoochilpan to check on their health.

A rifle and ammunition were also discovered, along with 20 grams (0.7 ounces) of cannabis.

The exotic animals are not a one-off discovery in the country. In recent weeks, there have been reports of other seizures of exotic animals in Mexico.