“Why are you holding big rallies?” moderator Chris Wallace asked. “Because people want to hear what I have to say,” said Trump. 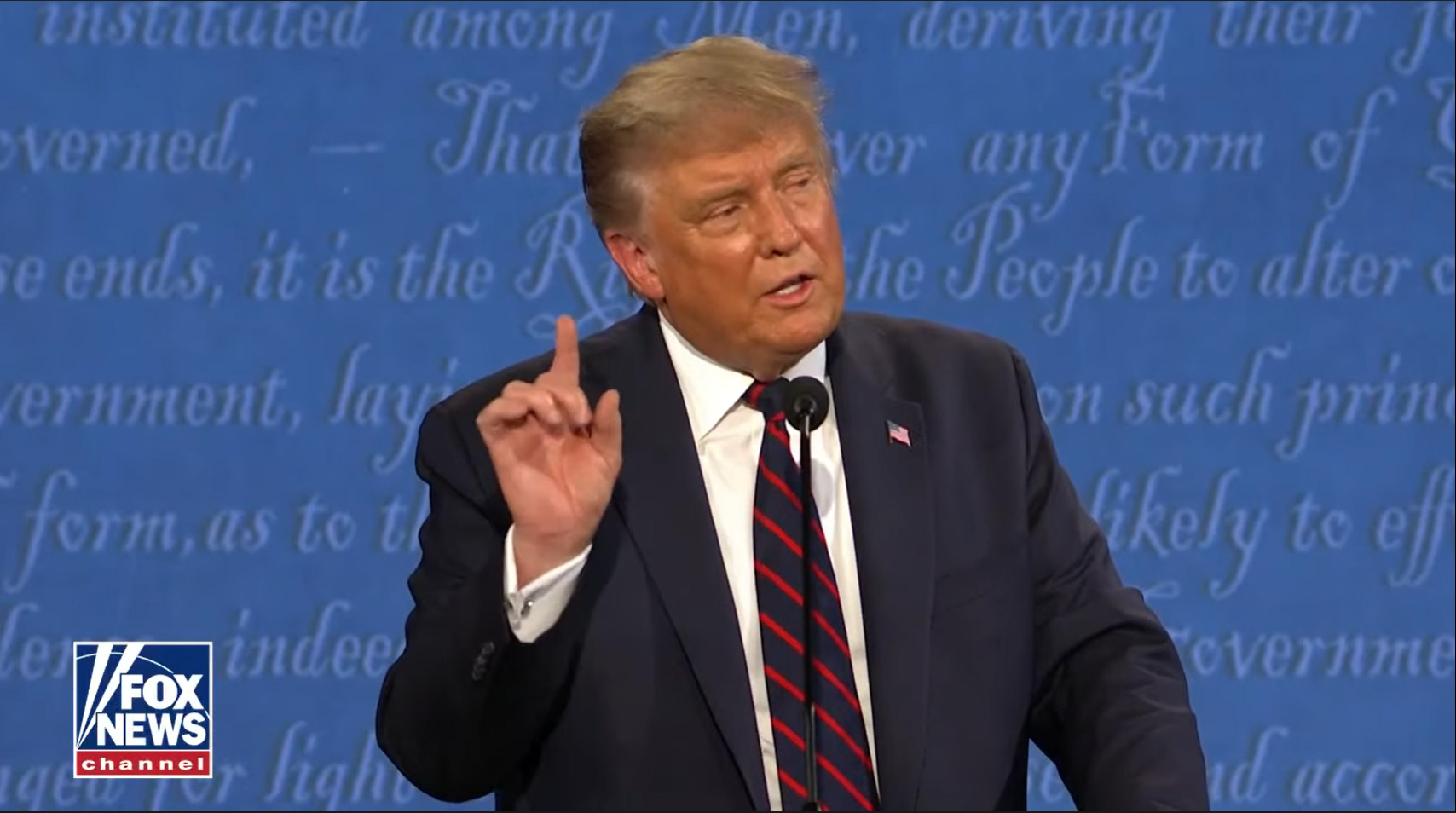 President Donald Trump stands at his podium at the first presidential debate in Cleveland, Ohio on September 29, 2020. (Courtesy: Fox News)

Joe Biden scored points during his first debate against Donald Trump by staying out of his way, as the president sent confusing messages about a pandemic that has killed 200,000 Americans.

“Why are you holding big rallies?” moderator Chris Wallace asked him, hinting at the public health risk from cramming thousands of people together in basketball arenas and airport hangars.

“Because people want to hear what I have to say,” said Trump.

“Are you not worried about spreading the virus?” Wallace asked.

“So far, we have had no problem whatsoever,” Trump said. “It’s outside that’s a big difference, according to the experts, and we do them outside. We have tremendous crowds.”

Trump mocked Biden for holding smallish events with groups who observe social distancing guidelines, saying, “Joe does the circles and has three people someplace.” Biden called Trump “totally irresponsible” and said “he’s not worried about the people out there breathing.”

Covid-19 infection rates are rising in 22 states, according to the COVID Tracking Project.

“Two-hundred-thousand dead. As you said, over 7 million infected in the United States. We, in fact, have 4% of the world population and 20% deaths,” Biden’s said.

“It is what it is, because you are who you are,” he said later, looking at the president. And then, eyes front: “He has no plan.”

“You should get out of your bunker and get out of the sand trap on your golf course and go in the Oval Office and bring together the Democrats, Republicans and fund what needs to be done now to save lives.”

Trump responded: “If we would have listened to you, the country would have been left wide open. Millions of people would have died, not 200,000, and one person is too much. It’s China’s fault. It should have never happened. They stopped it from going in, but it was China’s fault.”

An ABC/Ipsos poll released this month found two-thirds of Americans (67%) felt the president acted too slowly when dealing with the pandemic. Less than one-third (31%) said he acted at about the right pace, and only 1% said he moved too quickly.

Biden took aim at Trump for not wearing a mask everywhere. “He’s been totally irresponsible the way he’s handled social distancing and discouraging people to wear masks,” he said.

Trump shrugged and pulled a black cloth mask out of a pocket, saying “Masks are okay. I don’t wear masks like him. Every time you see him, he’s got a mask.”

“He could be speaking 200 feet away and he shows up with the biggest mask I’ve ever seen,” Trump said. Guidelines from the Centers for Disease Control and Prevention and from Trump’s taskforce recommend face masks to prevent the spread of coronavirus.

“The mask deniers and people attending large gatherings are spreading the virus. We need an administration that is going to deliver a comprehensive plan that provides frontline workers with the necessary equipment, and makes decisions based on data and science.”