Trump said the system isn't set up to handle mail-in votes on a national scale — and, 'they cheat.'
By K.B. Mensah September 30, 2020
Facebook
Twitter
Linkedin
Email 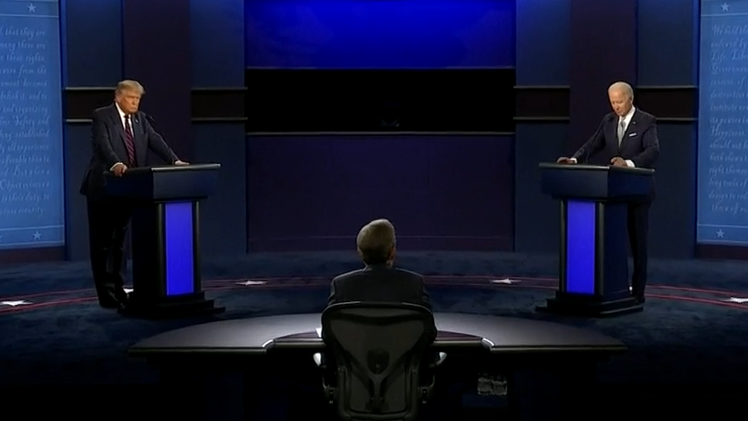 Hundreds of thousands had voted by mail in a system whose enlargement this year has drawn Biden’s enthusiasm and Trump’s condemnation.

The president cast doubt Tuesday on the process, citing Americans who drop ballots at collection centers or allow third-parties to “harvest” ballots in large numbers—avoiding large crowds and Covid-19 worries but opening the door to potential fraud.

Ballots, Trump said, are “being sold. They’re being dumped in rivers. This is a horrible thing for our country. This is not going to end well.”

Biden pushed back, saying election fraud via mail-in voting has not been documented, and pointing to five states—two of which have Republican governors—where widespread voting by mail has been the norm for several election cycles.

‘This is all about trying to dissuade people from voting because he’s trying to scare people into thinking that this isn’t legitimate,” Biden said.

Then-candidate Trump speculated openly in 2016 that his first presidential election could be rigged against him, eventually claiming votes cast by “illegals,” referring to migrants in the U.S. illegally, were the chief reason he lost California.

He resumed Tuesday where he left off, condemning a “rigged” election that will largely break away from the tradition of casting votes at polling stations.

“You have it in your control to determine what this country’s going to look like the next four years,” Biden said, appealing to a TV audience during a mostly audience-free debate.

More and more Americans continue to “pull the lever” early; the U.S. Elections Project estimates more than 1 million votes have been cast. Democrats heavily outnumber Republicans in ballots requested and even more so in ballots returned.

The battleground states of North Carolina, Virginia and Wisconsin have each received more than 200,000 votes via U.S. Mail.

But there have been hiccups in the process. In New York City, nearly 100,000 Brooklynites were sent the wrong return envelopes due to a printing error by a third-party vendor, raising concerns over whether similar errors could invalidate the votes of thousands in November.

Elsewhere, swing state Pennsylvania has made headlines as a potential source of grief in determining the winner.

The Pennsylvania Republican Party is asking the Supreme Court to stop state officials from allowing ballots postmarked by Nov. 3 to be counted if they arrive up to three days after Election Day.

The Keystone State also must face the “naked ballot” issue.

Naked ballots are mistakenly sent without first being placed in a secrecy envelope, which should accompany them in mailings to voters.

Officials in Pennsylvania say as many as 100,000 votes statewide could be invalidated.

“I hope its going to be a fair election. But if I see tens of thousands of ballots being manipulated, I can’t go along with that. I’ll tell you what it means, you have a fraudulent election,” Trump said Tuesday.

“These people aren’t equipped to handle it, number one. Number two, they cheat.”

Fox News anchor Chris Wallace moderated the 90-minute debate, the first of three such televised clashes in the presidential race. Vice President Mike Pence and California Sen. Kamala Harris will debate on Oct. 7 in Salt Lake City, Utah; Trump and Biden will meet again on Oct. 15 in Miami, Florida, and on Oct. 22 in Nashville, Tennessee.