Thermal imaging cameras and lasers are just some of the latest tools Canadian authorities have at their disposal. 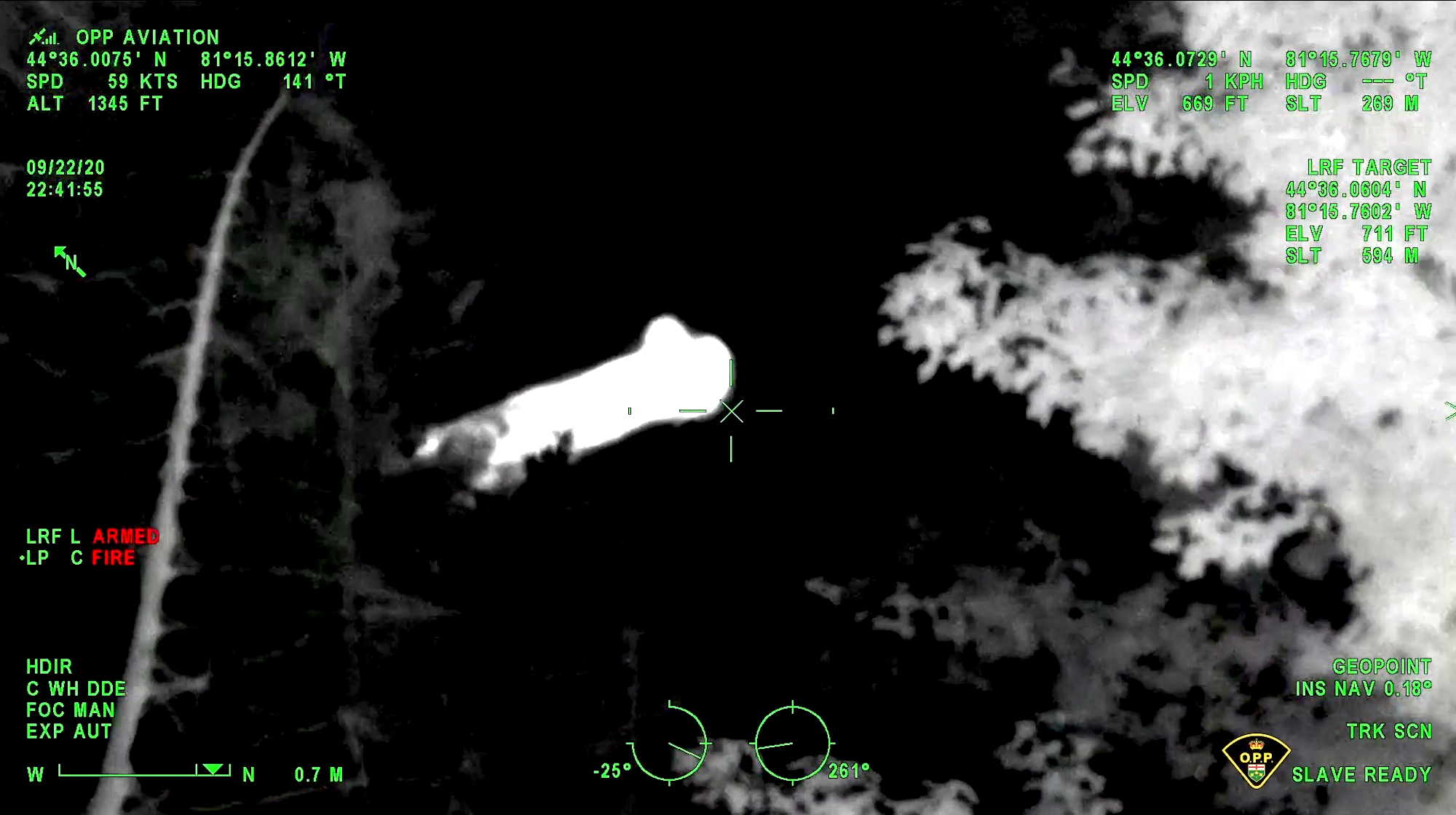 A police helicopter captures an image of the missing boy in the woods in an undated photograph in Ontario, Canada. (Newsflash)

Kids have been getting lost in the woods since time immemorial. But finding them is easier these days, thanks to a variety of high-tech tools.

Case in point: officers operating out of a police helicopter used a thermal-imaging camera and laser pointer to help locate and rescue a 6-year-old boy lost in some Canadian woods after a six-hour search.

The Ontario Provincial Police were alerted in the late afternoon on Tuesday that the unnamed boy, who also had undisclosed special needs, had wandered from his house into a wooded area. The provincial police dispatched its aviation and canine units from the Emergency Response Team for the search.

Authorities have released video of the search and rescue, which took place near the Ontario Province town of South Bruce Peninsula. It starts with the emergency call made by the boy’s mother, who is audibly upset as she gives details about her missing son. It then shows the moment the police helicopter spots the boy in a prone position on the ground. Three officers can be seen standing several feet away as the pilot uses a laser pointer to guide them to the boy’s location.

The video then cuts to show the police assisting the young boy, who was found at about midnight in “good condition.”

“Reuniting a missing child with their family is one of the highlights of an officer’s career,” police said after the rescue.

Thermal imaging cameras and lasers are just some of the latest tools Canadian authorities can use to locate missing children. In addition, they have access to an app that enlists help from civilians in searches for youngsters that can’t be found. Developed by the Missing Children Society of Canada and Esri, a geographic information system company, the app helps law enforcement determine where such children may have traveled by allowing users to view active cases and submit tips.

Last year, around 40,000 children were reported missing in Canada, according to the country’s National Centre for Missing Persons and Unidentified Remains. Of those reports, 63% were found and removed within 24 hours, and 93% were removed within one week.