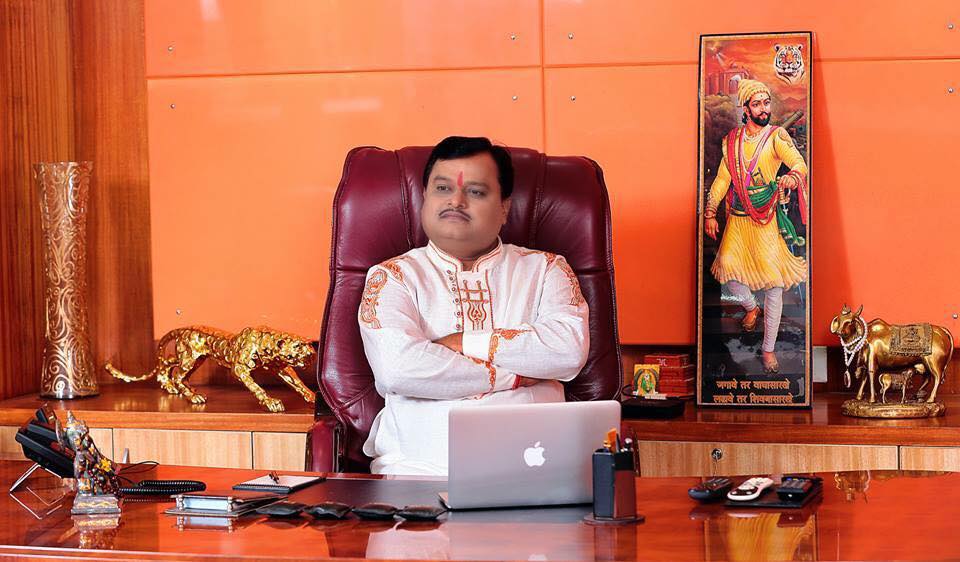 Sudarshan News, a Hindi TV channel in India, has been slapped with a show-cause notice for its controversial remarks about Muslim candidates sitting the Civil Services Exams.

The channel accused Zakat Foundation, a non-government organization involved with education, health care and training Muslim candidates for civil services, of receiving funds from UK-based terror-linked organizations such as the Madina Trust and Muslim Aid.

After four episodes of the program were aired this month, the court on Sept. 15 blocked further telecasts.

The Indian government told the Supreme Court on Sept. 23 that the news channel had done a “disservice to the nation” and issued a notice for an alleged violation of the program code under the Cable Television Network Regulations Act.

Suresh Chavhanke, the channel’s founder and editor-in-chief who cited his work as investigative journalism, said preferential treatment of Muslims in the Civil Services Exams (CSE) had led to “a sudden spike” in the number of candidates chosen from the community.

The annual CSE is conducted by the Union Public Service Commission (UPSC) to recruit candidates into India’s Administrative, Forest, and Police services.

Chavhanke accused the UPSC of favoring Muslim candidates with benefits such as free coaching, relaxation of age restrictions, preferential treatment in interviews, lower qualifying marks and extra attempts at clearing the exam.

The show first sparked controversy with its trailer.  Chavhanke had tweeted a 45-second promo for the program, “Bindas Bol,” which was scheduled for a daily relay from Aug. 28 at 8 p.m. He appealed to viewers to watch his expose on “Naukarshahi Jihad” or “UPSC Jihad.”

Chavhanke’s use of “Jihad” is contradictory to the actual meaning of the word. According to the tenets of Islam, “Jihad” is the struggle for self-reformation, education and protection of universal religious freedom.

The Indian Police Service and the Indian Police Foundation expressed their dissent on Twitter. Jamia Millia Islamia —India’s top central university — filed a complaint with the Education Ministry against Chavhanke for tarnishing its image by using the phrase “Jamia ke Jihadi” in the trailer.

“We have told them [the ministry] Sudarshan News has not only tried to tarnish the image of JMI [university] and a particular community, but the image of UPSC also,” said Ahmad Azeem, public relations officer and media coordinator for Jamia Millia Islamia.

Tehseen Poonawalla, a political and civil rights activist, said the news channel was trying to create fear psychosis by building a negative perception of the Muslim community and the organizations they run.

Though the Delhi High Court stayed the program’s broadcast, the Supreme Court refused to impose a pre-telecast ban. It directed the Information and Broadcasting Ministry to decide the nature of prohibition.

The ministry on Sept. 10 approved broadcast of the program, stating that pre-broadcast censorship could not be applied to any TV program. The channel then aired four episodes on Sept. 11–14.

“The UPSC is one of the fairest bodies for the selection of candidates to the various services it recruits for,” said A.L. Banerjee, a retired civil servant. “The standard operating procedures are such that one particular group — minority or majority — cannot suddenly overwhelm the selection committee.”

The apex court on Sept. 15 blocked the telecast of the remaining episodes of the program.

“At this stage, prima facie, it does appear to the Court the intent, object and purpose of the episodes have been to vilify the Muslim community. An insidious attempt has been made to insinuate the community is involved in a conspiracy to infiltrate the civil services,” the order read.

Right-wing organizations OpIndia, Indic Collective Trust, and Upword filed an intervention stating that the standards adhered to by the channel align with the “contemporary standard of religious reporting” prevalent over decades.

“If Jihad appears in the holy text of Muslims, how does the usage of the phrase ‘Jihadi’ qualify as hate speech?” said Ashish Dhar, co-founder of Upword. “People in a democracy should be allowed to voice their opinions. Unless a person is not inciting violence through his words, you can’t gag them.”

Poonawalla, who has filed a complaint with the News Broadcasters Association against Chavhanke and his channel, said, “The show is blatantly communal and uses made-up analyses to prove its point. It screams fire in a crowded auditorium where there is none and causes a stampede. You can’t call this freedom of speech.”

The Supreme Court Bench said, “There should be a balance between free speech and a community.”

The court further said, “In the course of the telecast, palpably false statements have been made in connection with the Muslim community”. It defied two of the channel’s claims. The first stated that the upper age limit in the CSE for Muslims is 35, while for Hindus it is 32. The second was that while six attempts at passing the exam are allowed for Hindus, Muslim applicants are allowed nine attempts.

Neither the education ministry, the human rights commission nor the broadcasting standards authority responded to Zenger News’ requests for comment.