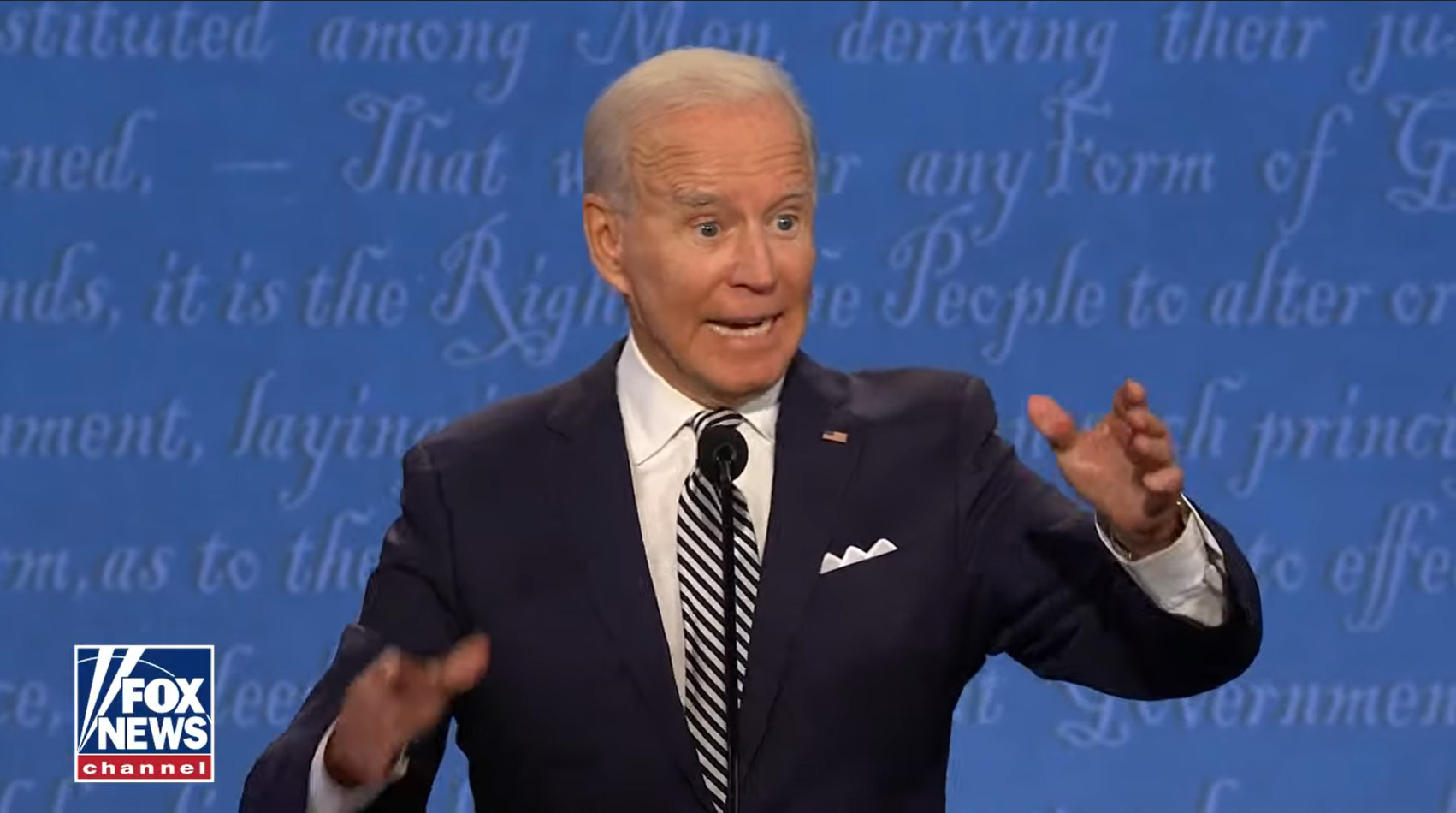 “We handed him a booming economy. He blew it!” Biden said Tuesday during the first of three presidential debates, in Cleveland, Ohio.

The White House has predicted a roaring comeback to balance the deathly slide from the first seven months of 2020. Trump has said he wants “a perfect V-shaped recovery,” referring to how that result would look on a numerical graph.

The president said the U.S. was doing “record business” in recent months because millions of Americans have gone back to work. Job losses had followed shutdowns ordered by state governments to stall the spread of the coronavirus.

The pandemic has claimed more than 200,000 lives in the United States, according to Johns Hopkins University. Biden laid them at Trump’s feet, and said the president’s lax attention to public health doomed businesses big and small.

“You can’t fix the economy until you fix the Covid crisis,” Biden said.

Many businesses, particularly restaurants, have closed their doors for good without a steady stream of customers. Trump suggested a President Biden would be an unsteady hand prone to triggering new shutdowns.

“He will shut it down again. He will destroy this country,” Trump said. “This guy will close down the whole country and destroy our country.”

“It’s not fair. It’s almost like being in prison,” Trump said. “He wants to shut down this country, and I want to keep it open.”

Biden also brought up Trump’s personal finances, the subject of media coverage this week after the New York Times wrote about the president’s tax returns.

“Millionaires and billionaires like him, in the middle of the Covid crisis, have done very well. Billionaires have made another $300 billion because of his profligate tax proposal and his only focus on the market,” Biden said. “You folks at home, you folks living in Scranton and Claymont and all the small towns and working class towns in America, how well are you doing? This guy paid a total $750 in taxes.”

Trump has been pushing state and local leaders to allow businesses to reopen since mid-April, warning that not doing so would be detrimental to the economy. The unemployment rate was around 4.8% when Trump took office and dropped to 3.5% in February, before the effects of the pandemic were felt. April’s unemployment rate surged to 14.7% with 20.5 million people losing their jobs, according to the U.S. Bureau of Labor Statistics. April’s numbers were the worst since the Great Depression.

August’s unemployment numbers dipped to 8.4% as employers continued to bring back workers. But the pace of hiring slowed from earlier in the summer when 1.7 million jobs were added in July and 4.8 million in June.

The latest jobs numbers were some of the clearest on the state of the economy as emergency federal spending comes to an end. The emergency spending included a $600 weekly supplement to unemployment benefits, loans to small businesses and a one-time $1,200 stimulus check to eligible individuals.

Congress and the Trump administration have been unable to reach a deal on additional relief packages.

Even with the economic downturn, polls have shown that more voters trust Trump on the economy. Throughout his presidency, Trump has pointed to record-high stock indexes and low unemployment numbers as reason that his leadership is better for the economy.

Biden and Trump met in Cleveland, Ohio, on Tuesday for the first of three presidential debates before Election Day. Fox News’ Chris Wallace moderated the hour-and-a-half-long event in front of a smaller-than-usual audience because of the coronavirus pandemic.

The president and his rival will meet for the second debate on Oct. 15 in Miami, Florida, and Oct. 22 for the final debate in Nashville, Tennessee.

Vice President Mike Pence and California Sen. Kamala Harris have their only debate on Oct. 7 in Salt Lake City, Utah.