In One Of America’s Wealthiest Towns, A Local Rep Wants To Ban Mask Mandate 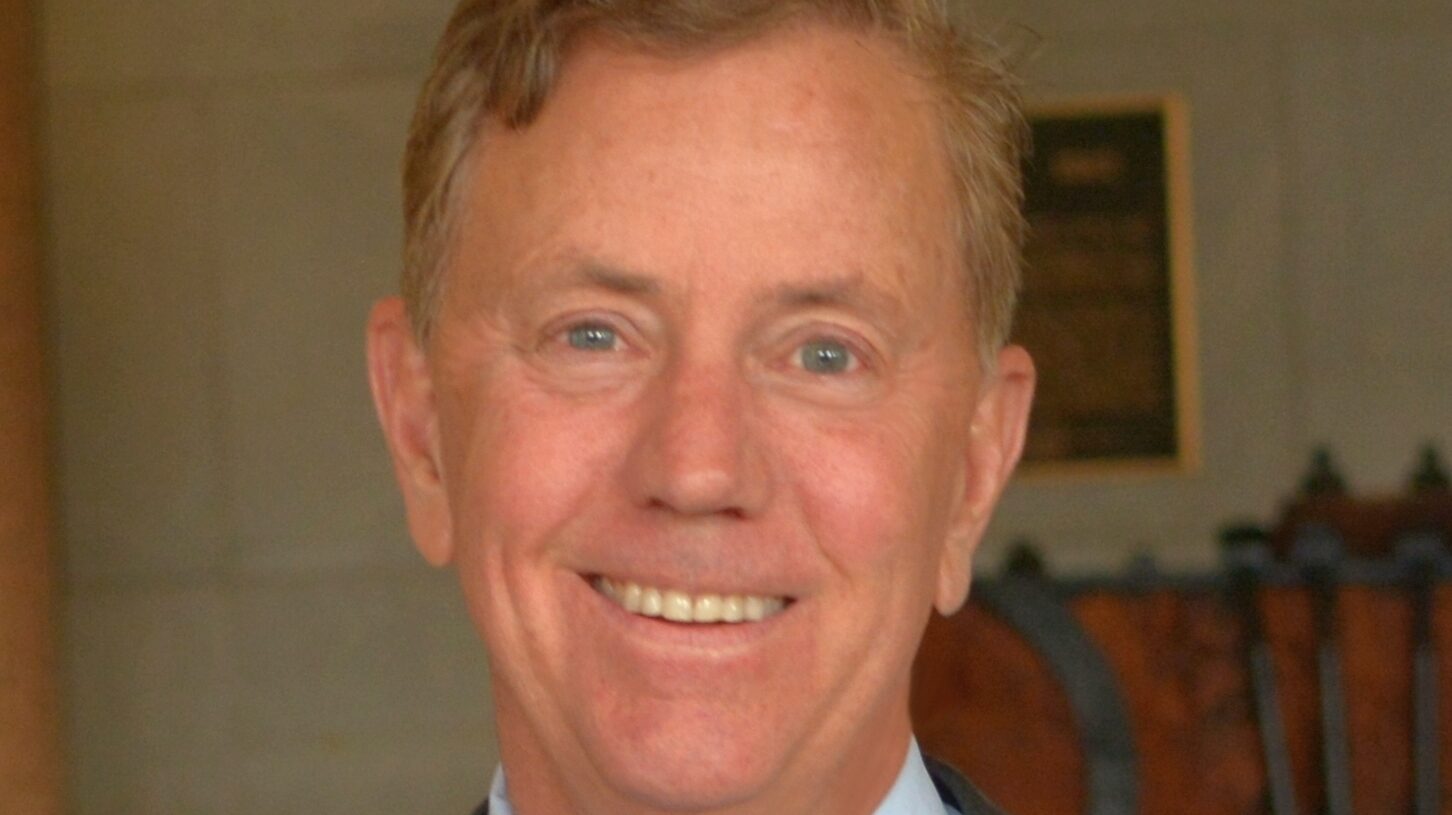 Connecticut Governor Ned Lamont poses for his official portrait in Hartford, Conn. on an unknown date. (State of Connecticut)

In the affluent town of Greenwich, just north of New York City, a fight is brewing over a Connecticut state mandate that requires cloth face coverings in public.

The mandate, handed down by Gov. Ned Lamont on April 17, is intended to reduce the spread of Covid-19. It requires the wearing of masks in public when social distancing is not possible.

Now, Carl Higbie, an ex-navy SEAL and host of the cable channel NewsMax, plans to introduce a bill to the Representative Town Meeting, the governing body of Greenwich. Higbie represents District 8 in the municipality’s Representative Town Meeting, an elected position. The body is headed by First Selectman Fred Camillo, a Republican, who has been supportive of the mask guideline.

Camillo wears a face covering during public appearances, and has issued reminders encouraging locals to abide by the rule.

But the governor’s mask mandate has met with resistance in other parts of the state.

About 150 people showed up in Hartford, Connecticut’s capital, for an anti-mask rally on Aug. 2, chanting and carrying placards. At a press briefing Aug. 3, Lamont announced plans to crack down on willful violations of the mandate. This was quickly countered by claims the crackdown violated the Americans with Disabilities Act.

Lamont later announced that persons claiming to be exempt from the mask rule because of a disability would need to carry documentation of that disability.

A former Greenwich resident and former First Selectman, Lamont had enjoyed high approval ratings for his response to the coronavirus crisis. A May Quinnipiac University poll found 80% of Connecticut residents approve of his handling of the pandemic. The governor took decisive action early on, declaring a state of emergency on March 10, as many states were still formulating a response to the crisis.

Lamont has issued close to 70 executive orders related to the pandemic since April 28, including the closing of schools and nonessential businesses, stay-at-home orders, and a series of directives limiting the size of public gatherings.

For Higbie, who describes himself as a lifelong Republican with strong libertarian leanings and who supports President Trump, that alone presents a problem. The familiar libertarian argument against executive orders is that they undermine the democratic system of checks and balances, giving too much authority to the executive branch.

“Look, I’m not anti-mask. Like, you can wear a mask, by all means. I’m not gonna go around ridiculing people for wearing masks. But I don’t think the government has a place to say, ‘you have to wear this.’ The progression of this is big government ideology,” he said.

The town meeting can express disapproval of government actions by endorsing a “Sense of the Meeting” resolution — basically, a motion to urge other branches of the government to take action, or to register protest. But Higbie disregarded that option, instead choosing to introduce a bill at the Sept. 21 meeting.

Higbie’s proposal cited links to scientific studies, such as a commentary from Center of Infection Disease and Policy from the University of Minnesota in April. While it questions the effectiveness of masks, it does state: “Despite the current limited scientific data detailing their effectiveness, we support the wearing of face coverings by the public when mandated and when in close contact with people whose infection status they don’t know.”

Health officials from a wide range of organizations, including the Centers for Disease Control, the World Health Organization and the Connecticut Department of Health, as well as local leadership at Greenwich Hospital, have been unanimous in encouraging the use of masks and social distancing.

Still, there has been push-back against “hygiene theater” — highly visible measures, like temperature checks and ramped-up cleaning of surfaces — that reassure people but may not measurably affect the spread of the virus.

Dr. Emanuel Goldman, a microbiology professor at Rutgers University and co-editor of the Practical Handbook of Microbiology, noted in the medical journal Lancet in July that the risk of catching Covid-19 from a surface has been “exaggerated.” His worry of “hygiene theater” is that it may misdirect resources. (This excludes hospital settings and high-trafficked areas, which need deep cleaning.) While good sanitation is helpful, his concern is that it shifts focus from what we breathe. Goldman believes hand washing and mask wearing are critical.

Despite Higbie’s nod to scientific data, he called the measure the “My Body, My Choice” bill, a nod to language used by abortion rights advocates, and referring to the coronavirus as the “China Virus” – a term President Trump has been criticized for using.

Higbie’s overt courting of controversy came as no surprise to Sarah Darer Littman, herself a former RTM District 8 rep who has written for CT News Junkie and Greenwich Time.

“A lot of people outside Greenwich haven’t heard of Carl,” Littman said following Monday’s vote. “But this is his modus operandi. He’s just like Trump in that he thinks that ratings are what proves his argument, and I think part of this is him trying to get national attention so he can go on to bigger and better things. He’s trolling, by trying to be outrageous and offensive. He’s like the male version of Ann Coulter.”

Higbie’s proposed ordinance needed a two-thirds majority to proceed, and fell far short, with 22 votes in favor, 170 against, and two abstaining. But Higbie says he has enough signatures now to have the measure added to the agenda for October’s meeting, so it must be debated.

John Hlinko, founder of LeftAction and a frequent pundit on CNN and Fox, put the issue in a broader context. “The big question is whether you believe that masks help stop the spread of the virus from the mask wearer to others. If you do, then not wearing a mask is like swinging your fist, and your freedom to swing that fist that ends when you whack other people in their noses. And looking at the science as a whole, the evidence appears to show that masks help.”

Hlinko said, “It’s fine if people don’t wear masks in public, as long as they agree not to breathe. Or at least not exhale.”

Active cases in Greenwich have been on a downward trend since early July, though recent weeks have seen a slight spike.

Asked to comment on Higbie’s bill, Camillo said: “Our very low case numbers, both here in Greenwich and in Connecticut, can be attributed to the community spirit and respect our residents have shown to the guidelines exhibited these past several months. While this came down as an executive order from Governor Lamont, I have made sure to remind people to always bring a mask and put it on when social distancing is not possible.”

“I am very proud of how our town has responded,” said Camillo. “While we endeavor to implement as much normalcy as possible with each passing day, I pray for us to be on the other side of this in the near future.”

This article was supplemented after publication with additional quotes from Carl Higbie that add helpful context to his views.