Protesters marched through NYC, angered by a Kentucky grand jury's decision not to charge police in the death of a black woman.
By C.S. Muncy September 27, 2020
Facebook
Twitter
Linkedin
Email 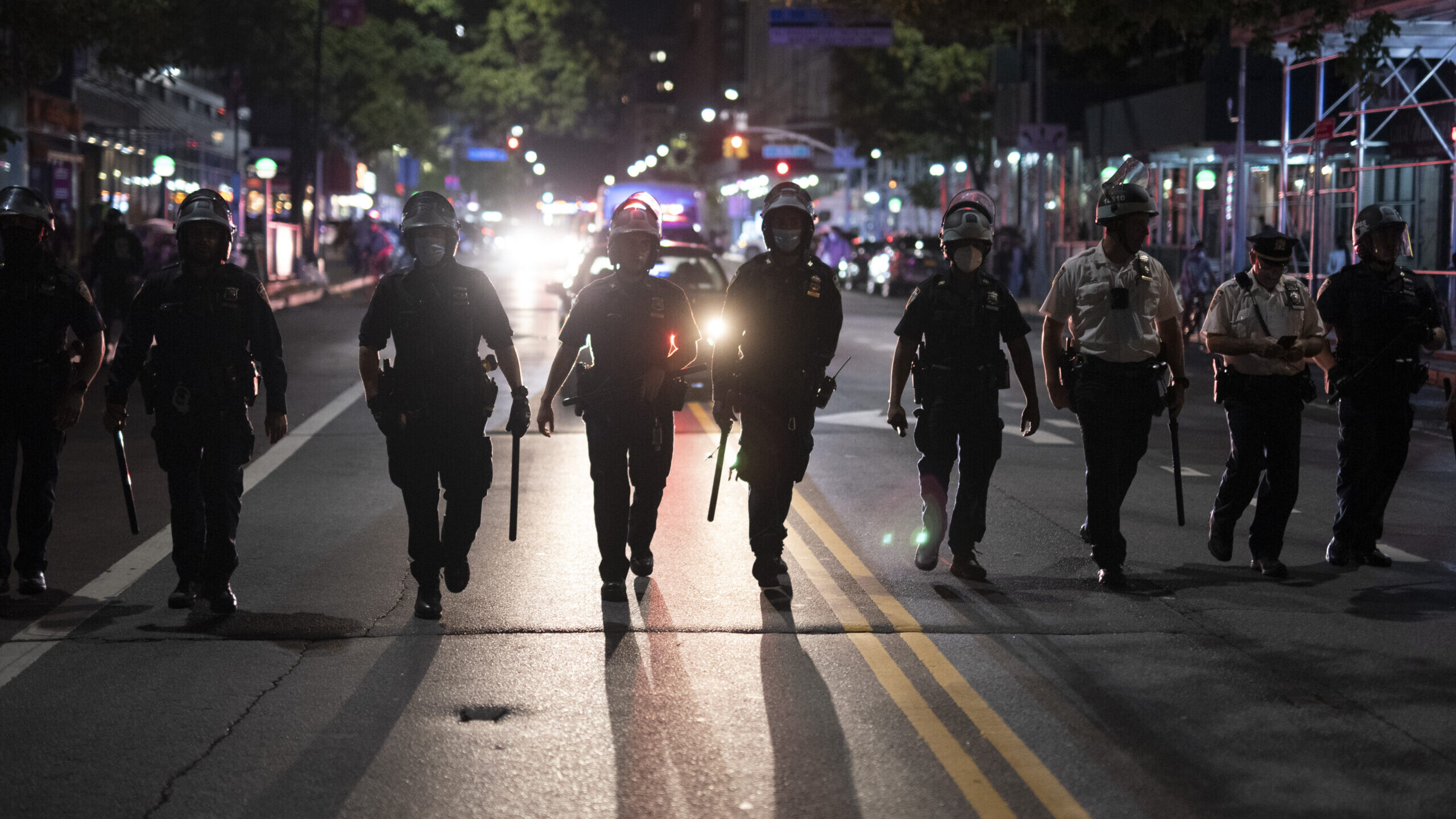 NYPD officers form a line at a protest over the police shooting of Breonna Taylor in Manhattan, N.Y. on September 23, 2020. (CS Muncy/ Zenger)

Protests began earlier this year after the killing of George Floyd at the hands of law enforcement and emboldened activists around the country to speak out against systemic racism. The recent protests also brought attention to Taylor’s case, who on March 13 was killed after police officers entered her home while executing a no-knock warrant and fired multiple shots at the unarmed 26-year-old.

On Wednesday, a firestorm of pain and outrage seemed to hit the United States all at once. Rallies and marches materialized like flash mobs with a purpose. Every voice had a face. Every face had a story. And at moments like this every story, journalists know, drips with humanity and challenges America’s conscience.

Two of the three Louisville officers in the case have not been charged with any crime. A third faces a charge of wanton endangerment, something demonstrators in New York saw as a slap on the wrist. They used far more colorful language, shouting to anyone who would hear.

The largest march began around Barclays Center in Brooklyn, where speakers expressed rhetoric about racial injustice, police abuse and a justice system broken beyond repair. And then the masses came, streaming into the plaza adjacent to the Barclays Center arena.

“Say Their Names!” and “Breonna’s Life Matters,” their signs read. Others bore obscenities directed at police. Shirts and masks did, too.

“No justice, no peace!” The too-familiar refrain of these protests.

And then the sea of people streamed out.

Both lanes of the Manhattan Bridge swelled with righteous anger, the route into lower Manhattan clogged. Police kept them safe, blocking vehicle traffic and arresting no one.

Some idled drivers honked their horns in encouragement. Others left their cars to mingle and shake hands, COVID-19 be damned.

As the groups moved up Manhattan’s famed avenues, New Yorkers sat watching from windows and fire escapes. Clapping, shouting, banging pots and pans. A mixture of pro and con shouted in the direction of the NYPD, still following behind, still keeping the peace.