Drone Delivery Trials Slated to Start in India This Month

Drones eventually are expected to deliver food, medicines and other essentials. 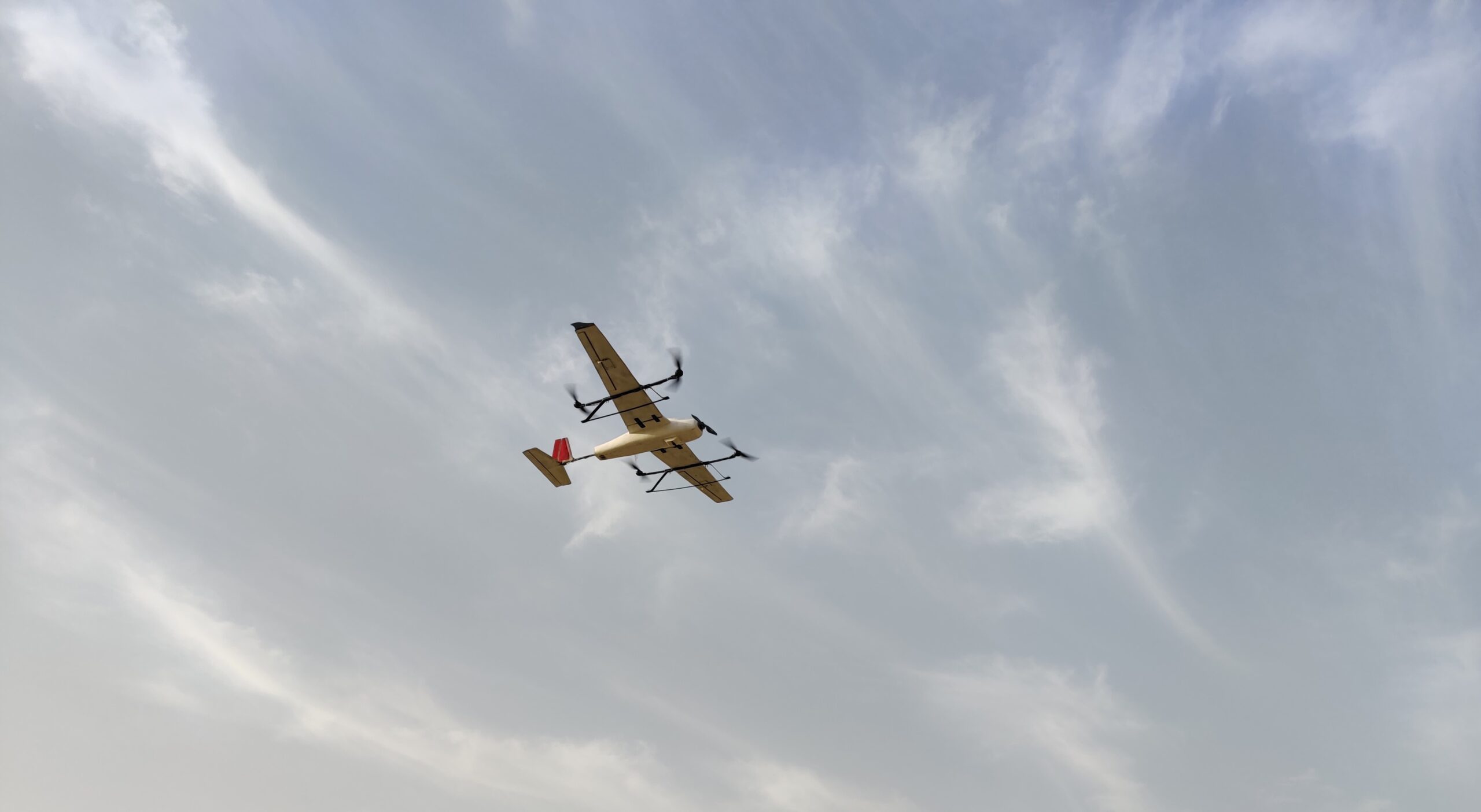 Drones, which have had military uses in India since the late 1990s, may soon have an expanded role, delivering food, medicines and other essentials, pending government regulations.

Recently, the Directorate General of Civil Aviation permitted 13 companies, including Swiggy, Zomato, Dunzo and ShopX, to conduct trials for drones beyond the visual line of sight, or BVLOS.

These companies can conduct trials for up to six months and then submit a report to the Civil Aviation authority, which will then decide if the use of drones for e-commerce and delivery of medicines is feasible in India.

Since the late 1990s drones have been used in India for military surveillance and reconnaissance by the Defense Research and Development Organization. They have also been used to help locate victims of natural disasters, in 3D mapping of roadways and railway lines, helping police nab criminals, as well as for getting the best aerial shots at ostentatious Indian weddings.

Recently, in the United States, Amazon Prime Air was granted approval to start commercial deliveries on a trial basis. The Federal Aviation Authority ruling said that Amazon could use BVLOS drones to deliver packages to customers.

In India, the Unmanned Aerial Vehicle (UAV) market is growing rapidly. A report by 6WResearch states that the UAV market in India is projected to have a Compound Annual Growth Rate of 18 percent from 2017 to 2023.

Omnipresent Robot Technologies, which is working with ShopX, a business-to-business platform that helps small retailers order their goods over the internet, has received clearance from the Ministry of Home Affairs to conduct long-range BVOLS drone trials.  Currently, drone operations are permitted only up to 500 meters (about a third of a mile) in visual line of sight, but the new regulation will allow drones to fly hundreds of miles in a single flight.

ShopX intends to use these drones to modernize the supply chain in the unorganized B2B sector.

“Modernizing the retail economy entails not just digitizing the retail store — the core business that we are in — but also the supply chain leading up to it,” said Amit Sharma, founder and CEO of ShopX. “Drones are a great idea for B2B because both the pick-up point and the delivery point are in your control. The flight path is predefined so time-sensitive express B2B deliveries take significantly less time than road-based supply chains that typically take 24 to 48 hours.

Drone deliveries also work out to be much cheaper since these electric vehicles barely cost anything to run. Sharma said that sending a parcel by drone would cost as little as 25 cents, or one-fourth the cost of sending it by courier.

ShopX will start field trials at the end of this month or early October on pre-designated geo-location corridors that have government approval as airspace. ShopX conducted a round of technical trials seven to eight months ago and is hopeful that commercial use of drones for the B2B segment will start in a year.

Ankit Kumar, managing partner of drone consulting firm Alternative Global India that is assisting delivery giant Dunzo to conduct its drone trials, said he expects trials to end by December. However, he does not expect commercial deliveries to begin before January 2022.

“We have been working hand-in-hand with Dunzo to create a roadmap for conducting the trials and furthermore we will expect this to move to the commercialization stage in the future,” said Kumar.

At the trial stage, the Dunzo UAVs, which are equipped to carry payloads of 5kg to 10 kg (11 pounds to 22 pounds), will carry medicines, food and other package deliveries.

“Health care deliveries are going to be the most popular space for drone deliveries,” said Kumar. “The need for medical supplies such as blood packets and vaccines to reach from A to B is of key priority as they can directly impact life and death situations.”

TechEagle Innovations, which provides drone delivery solutions for health care and essential packages, was acquired by food delivery business Zomato in late 2018 to facilitate its drone delivery requirements. The two companies parted ways in June this year, as reported by moneycontrol.com.

“It’s our first International partnership to create an on-demand drone delivery network,” said Vikram Singh Meena, CEO and founder of TechEagle. “ We’ve been learning about the cross-country operations and the complexities of their regulatory framework. TechEagle’s vision is to create an on-demand drone delivery network across the world, so we are continuously working toward achieving the larger vision by taking baby steps in that direction.”

The market for drones is booming, and key players are looking beyond India.

“We expect the drone delivery market to grow exponentially as regulators across the world are giving exemptions to do trials and points of contact,” said Anshu Abhishek, COO and co-founder of Tech Eagle.

“As a growing market, there’s a lot to unpack when it comes to commercial drone operations. Demand for drones is huge and technology is ready to meet that, but regulations are still catching up to the pace of the innovation,” he said.  “As soon as the regulatory framework is ready, a huge boom is expected for the drone industry.”