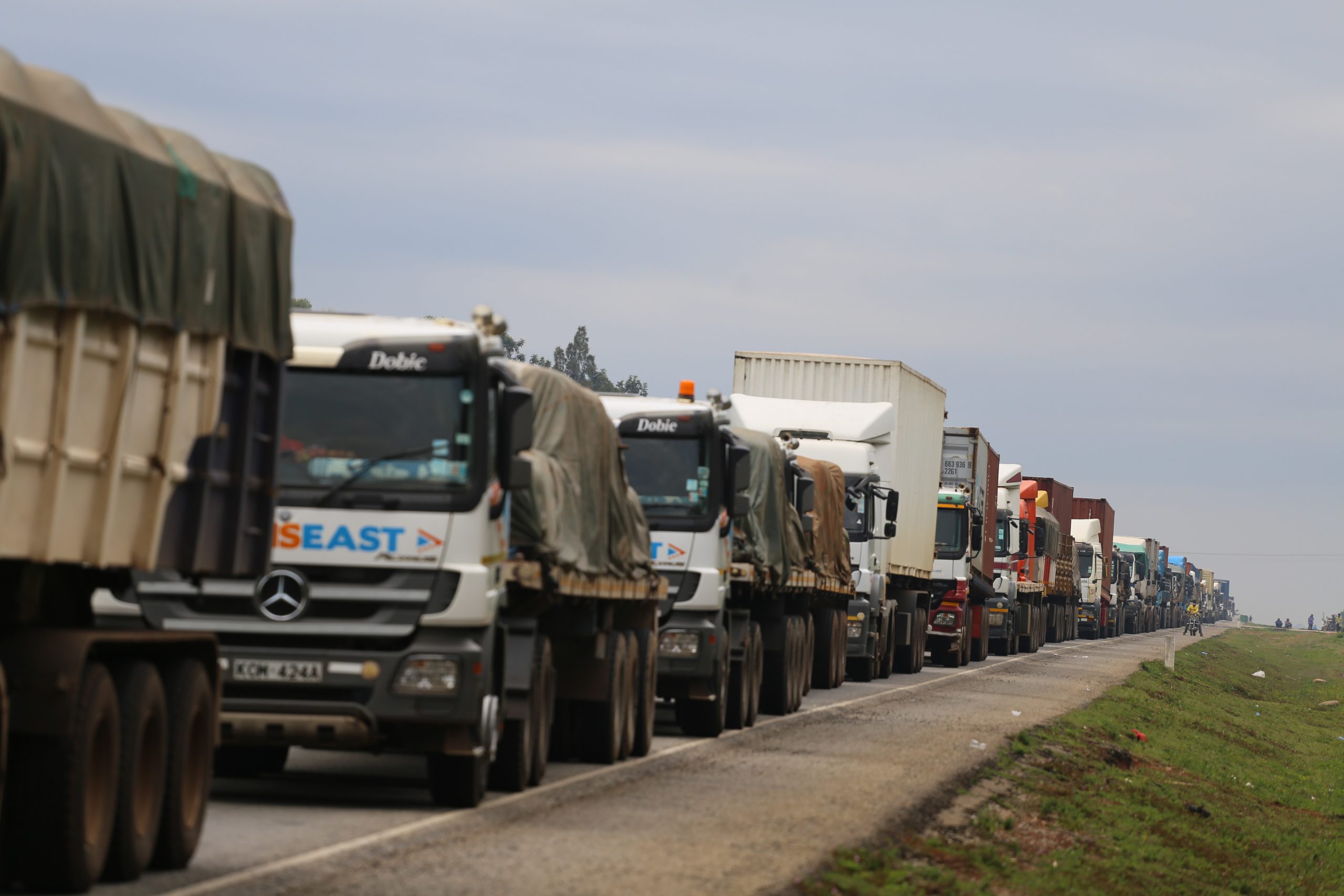 A 35 kilometer traffic jam on the on the Eldoret-Malaba highway in Kenya prevents goods from entering Uganda on May 22, 2020. (Kelvin Ogome/Zenger)

MOMBASA CITY, Kenya — Monica Kiema never had the chance to run like other children. Kiema, now a 50-year-old mother of five in the Bombolulu district in Mombasa, Kenya, contracted polio when she was just three years old and still lives with permanent paralysis in her left leg. But now Kiema has lived to see Africa declared polio-free by the World Health Organization.

With the Aug. 25 WHO declaration, Africa joins Europe and the United States in being certified free of wild poliovirus, a deadly illness that devastated many developing countries in the 1970s.

Kiema relies on her crutches for mobility as she trudges through the streets of Mombasa selling food. She said she wishes polio vaccines, developed in the 1950s by American medical researcher Jonas Salk, had been introduced earlier in Kenya. It might have spared her a childhood of pain and psychological trauma.

”The only help my mum could give me was some traditional medicines which never worked,” Kiema said. Her pain only worsened, and she wasn’t able to walk.

Kiema was diagnosed with the disease in 1973, after her parents took her to a public hospital in Mombasa, some 350 miles (563.27 km) away from her rural home in Kitui. She never received an effective treatment and later ended up at Mombasa Association for the Physically Disabled of Kenya-APDK Rehabilitation Clinic, a facility primarily intended for older people with disabilities. Kierma views the WHO’s African Regional Certification for Polio Eradication as a clean bill of health for the continent and a relief to many African parents and families.

Polio enters the body through water or food that has been contaminated with infected stool. It spreads quickly. While some cases are mild, polio often causes permanent paralysis or even death, according to Dr. Aisha Abubakar, director of public health in Mombasa County, Kenya. Although the virus has no cure, the vaccine is an effective preventative measure. Abubaker said all children under the age of five in Africa need to be vaccinated to prevent a resurgence of the illness.

The scourge of wild poliovirus dealt a major blow to the U.S. between the 1950s and the 70s. The worst U.S. outbreak, according to WHO statistics, numbered 58,000 cases and more than 3,000 deaths. Salk developed his polio vaccine in the 1950s, and it was introduced to the American public in the largest randomized and controlled trial in history.

Altogether, 1.8 million American children received the vaccination in the States, according to the U.S. Center for Disease Control and Prevention. The U.S. has been poliovirus-free since 1979.

Antonny Omwandu, 36, is another street vendor in Mombasa who survived polio. A member of Kenya National Council of People Living with Disabilities, Omwandu said he struggled with suicidal thoughts in his youth due to the discrimination he faced from both his family and strangers. He was infected at age 4, and suffers from permanent disability in both his legs as a result of paralytic poliomyelitis.

Omwandu has learned to cope with the long-term physical and psychological challenges of polio, which he says requires optimism and resilience.

The last polio case reported in Kenya was in August 2018, after a circulating vaccine-derived poliovirus was found in an environmental water sample in Nairobi’s Eastleigh area, said Dr. Rashid Aman, Kenya’s health chief administrative secretary. The virus was closely linked to similar samples collected between October 2017 and January 2018 in Banadir, Somalia.

Aman said the country was proud to be free of polio, and that no outbreak has been recorded in the last four years.

Dr. Matshidiso Rebecca Moeti, WHO’s director for the Africa region, said it’s still important for African countries in the region, including Kenya, to remain vigilant and avoid complacency until there is global eradication.

«Previous Post
Untangling Webs of Fear: ‘Therapy Tarantula’ Treats People with Arachnophobia»Next Post
‘Covibesity’ May Be the Next Epidemic We Need to Tackle