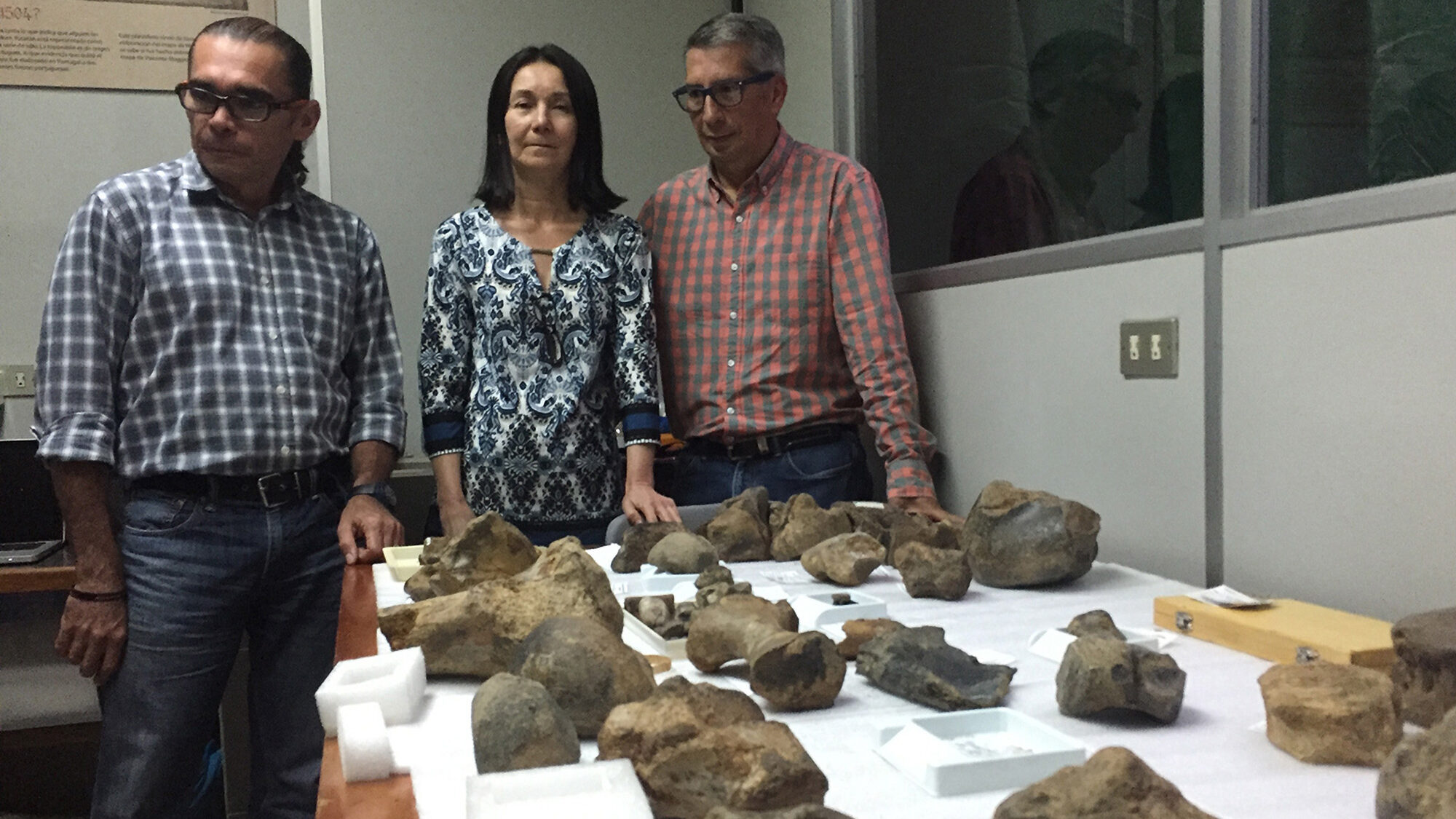 SAN GERARDO DE LIMONCITY, Costa Rica — A fossil fragment found 17 years ago has turned out to be the remains of an entirely new species of giant sloth bear that lived 5.8 million years ago—a discovery that could cause a major rewrite of the early history of the American continents, according to researchers.

The previously unknown giant sloth bear, which would have been about 3 meters (just under 10 feet) tall and weighed about 4 tons, probably came from South America as part of the larger migration of prehistoric animals to North America known as the Great American Biotic Interchange. That movement has widely been thought to have taken place 3 million years ago, but the new sloth species – dubbed Sibortherium ka, after the area the fossil was found in – shows it apparently started much earlier.

Here’s why: If the giant sloth bear was present in what is now southern Costa Rica 5.8 million years ago, a land bridge between north and south must have already been available back then, nearly 3 million years earlier than previously thought, the research team from the National Museum of Costa Rica concluded.

“It’s a new species for science and for the world,” Lucia Valerio, geologist and paleontologist at the museum told Zenger News.

Reaching that momentous conclusion was a rocky road (pun intended) for the archaeologists involved.

The research project began in 2003, after reports that a boy had found some highly interesting rocks in a local creek and brought them to his house. National Museum researchers visited the boys home several time to recover a number of fossil and started a systematic search in the place where the rocks had been found, according to Valerio.

“A visit to the boys house revealed that the strange rocks were actually fossils of vertebrates,” Valerio said.

The fossils were transferred to the museum for examination and the area where the rocks had been found was carefully examined over a seven-year period.

The team could only work during the dry season, as the area is located in an area with much rain, high humidity and an unstable underground, making it prone to mudslides. Researchers concluded work at the site in 2010, Valerio said. But it took another decade of painstaking research, comparing the bones of the find with those from other periods, to reach a definitive conclusion on its age.

“What makes this fossil distinct from other members of the Megatheriidae family is the ankle bones, which are wider, and the first mandibular tooth, which means the first inferior tooth,” according to a written statement from researchers obtained by Zenger.

The Costa Rican giant sloth bear belongs to the family of Megatheriidae, according to Ascanio Rincon, paleontologist at Venezuela’s Institute of Scientific Investigations, which also took part in the research project. Rincon said the creature was a herbivore, and it is believed that it would stand on its hind legs and use its paws to reach the tree canopies to feed, said Valerio.

In addition to the giant sloth bear, fossils from three different species of horses were found, as were a camel species, a mastodon species, and two peccary species, as well as fossils from dolphins, crocodiles, turtles, birds, fish and a giant armadillo.