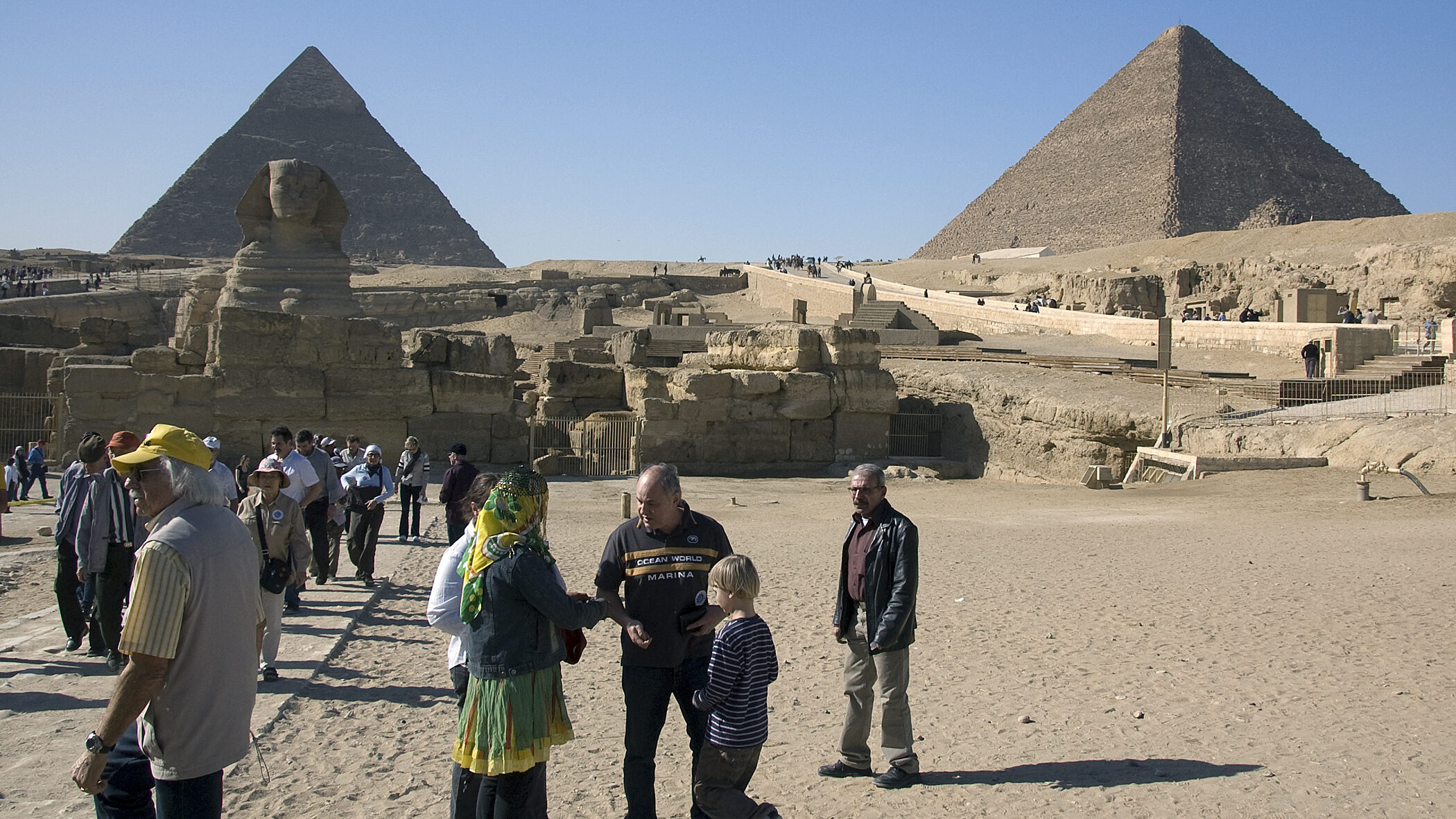 NEFUD DESERT, Saudi Arabia — A large group of mysterious, rectangular-shaped stone structures in the northwest Saudi Arabia are far older than the Egyptian pyramids and the British Stonehenge, and were likely used to perform pagan rituals, according to a new study.

The hundreds, possibly thousands of rectangular-shaped structures were built in thousands of years ago, some of them measuring more than 600 meters (about 2,000 feet) in length. The so-called mustatils, which are unique to this part of the world, have puzzled archaeologists since the first ones were discovered about a decade ago.

With the help of carbon dating, an international research team consisting of German, British and Saudi Arabian scientists have now determined that at least one the structures was built about 7,000 years ago, making them possibly the oldest large-scale structures built by man and preserved to the present day. In comparison, the Egyptian pyramids are estimated to be 4,500 years old, while Stonehenge dates back an estimated 5,000 years.

The team’s startling findings in Saudi Arabia were published in a recent article in the scientific journal, Holocene.

“Mustatils may not be as individually spectacular as pyramids, but they are thousands of years older,” chief researcher Huw Groucutt told Zenger News. “What’s most interesting is the way that mustatils were built in such numbers. They are not just isolated special sites; they represent a transformation of the landscape at a scale which is not otherwise known for this early period.”

The research team visited Saudi Arabia in 2017 to study a total of 104 mustatils – which means “rectangle” in Arabic – on site and has since spent the time examining the findings and mapping the structures via satellite imagery. Groucutt said the team is anxious to return to Saudi Arabia to excavate some of the mustatils to learn more, but that all fieldwork has been put temporarily on hold due to the coronavirus pandemic. (Groucutt himself is based at the Max Planck Institute for the Science of Human History in Jena, Germany.)

During the fieldwork, the team found a total of 104 mustatils in the southern part of the Nefud Desert. Previously, about 500 other mustatils had been located nearby, not far from the town of Harrat Kaybar. In addition, others have been identified via satellite mapping, bringing the number discovered so far to well over 1,000, Groucutt said.

Scientists still don’t know with any certainty who built the mustatils or why.

“To really understand their use, we need to do more research,” Groucutt said. “But given their context and features, we can put forward some ideas. They don’t seem to have any simple, practical uses (e.g. as animal enclosures, water storage etc.), so they seem to be sites where some kind of ritual activities were performed… Maybe they were places for sacrificing animals or having feasts… Quite possibly, they served as a kind of arena.”

What is known about the creators of the mustatils is that when they lived in the area it was dominated by “low-density pastoralist groups,” that is, cattle and goat herders. “We previously only knew these people from some small and simple archaeological sites, with fireplaces and stone tools, etc. We had no idea they were building complex structures,” said Groucutt.

The team has only carbon-dated one mustatil, so it is still too early to tell whether others are much older or much younger than 7,000 years, But they do believe they were all built within a relatively short time period, as the building style is near identical in all of them.

During the era the mustatils were being built, Saudi Arabia was going through the most recent of the so-called “Green Arabia” periods, when increased rainfalls turned the now-barren desert into vast green plains that provided plenty of food for the livestock.

“It is likely that there would have been territoriality as a result, and so we think the mustatils probably fit in that context. This would involve pastoral groups becoming territorial and marking the landscape with monuments where groups would meet up and perform some kind of ritual,” said Groucutt.

The green period did not last, though, and the weather change probably also meant the end of the construction of mustatils, he said.

“The area became much more arid as the monsoon [creating the ‘Green Arabia’] retreated south. So people probably had to move somewhere else, or died,” Groucutt said.