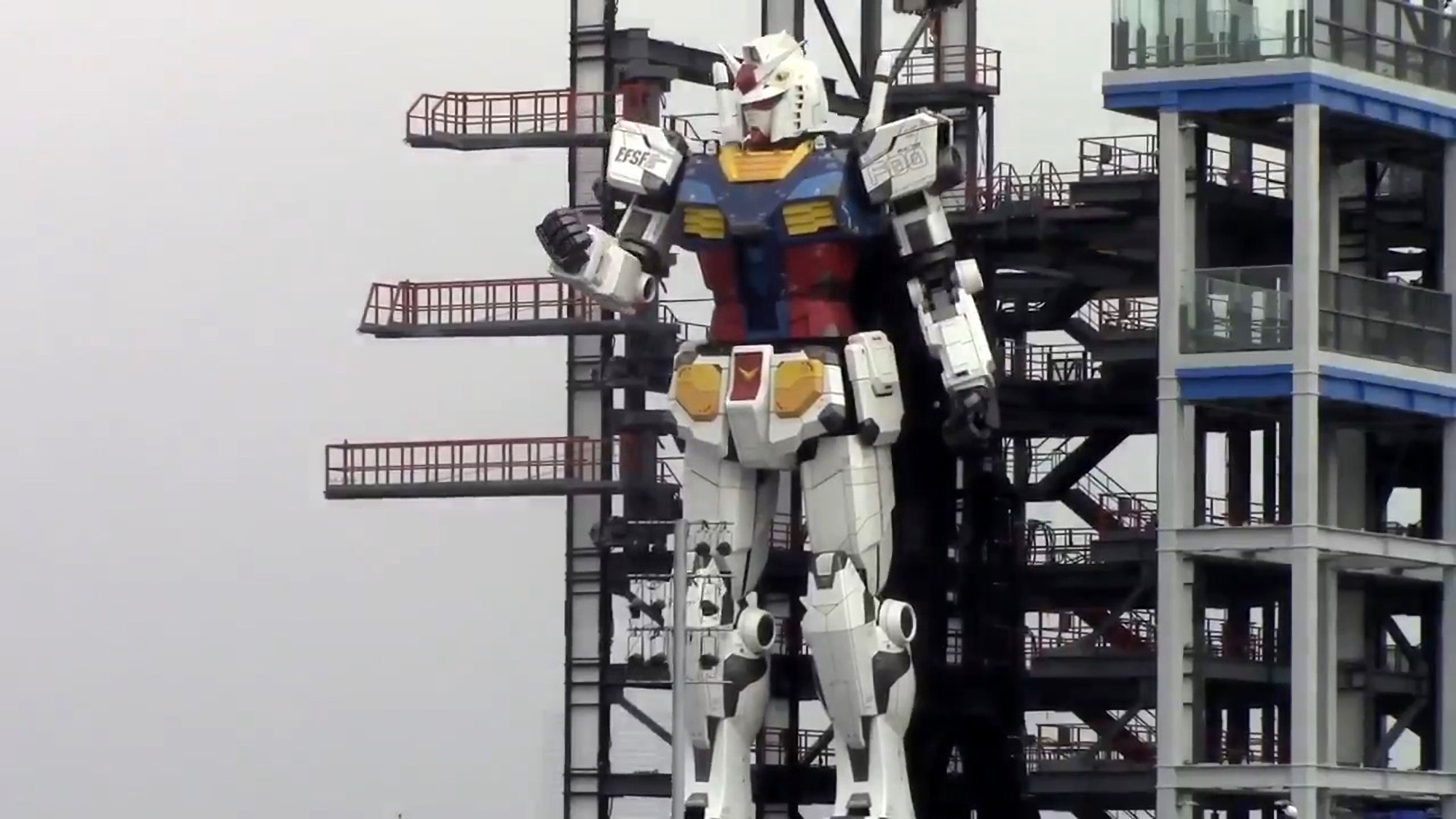 Completed Gundam robot statue displaying that it can now move on the Yamashita Pier in Yokohama, Japan on an unknown date. (@yoshi115t/Newsflash)

Anime started in Japan and is big business there. So it seems fitting that a giant robot from the popular Gundam series is being built on a pier in this port city.

The giant robot will be the centerpiece of the Gundam Factory Yokohama, an entertainment complex on the Yamashita Pier that will feature shops, cafes, communication spaces, and educational exhibitions where visitors can learn more about how the moving Gundam works. Visitors will be able to ascend a dock tower housing the robot to get a closeup look at its workings.

The complex was due to debut in October, but its opening has been pushed back until sometime next year, due to the COVID-19 pandemic. In the meantime, factory staffers continue to test the 25-ton Gundam attraction.

Interest in the mega-attraction is huge, and occasional video snippets of the giant robot being tested while in its tower have been posted to satisfy those curious about what the RX-78 Gundam will look like (and move like). One such video shows the anime mecha robot moving its arms, hands and fingers.

Gundam is a Japanese military-oriented science fiction media franchise that started in 1979 with the TV series, Mobile Suit Gundam. Since then, Gundam characters have appeared in other TV series, as well as video games and anime books.