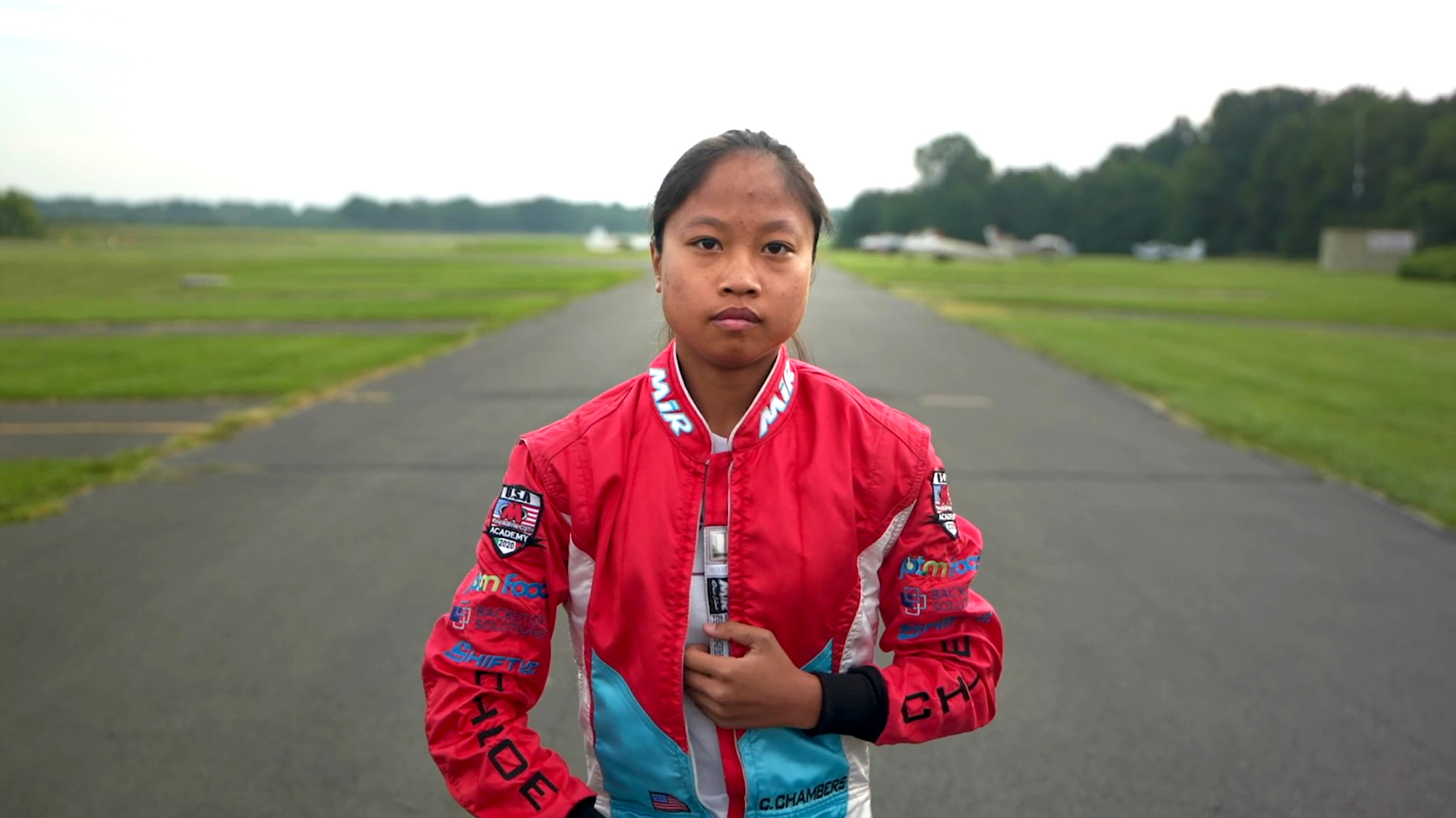 A 16-year old girl from New York has beaten the Guinness World Record for the fastest vehicle slalom, and has her sights set on an eventual ride on the elite Formula One circuit.

It took Chloe Chambers two attempts and exactly 47.45 seconds to weave her way through 50 traffic cones in a 2020 Porsche 718 Spyder. That was just half-a-second faster than the 48.11-second record set in 2018 by professional Chinese racing driver Jia Qiang and enough to earn her a Guinness World Record as the fastest slalom driver ever.

Porsche recently published pictures and a video of the successful record attempt, which took place Aug. 21 at Solberg Airport, a small airstrip near New York City. In the video, Chambers can be seen expertly zigzagging her way around the traffic cones, each placed exactly 49.37 feet (15.05 meters) apart, whipping the steering wheel left and right as she zips through the 2,500-foot (762-metre) course.

When the record is confirmed, Chambers, who lives in Hudson Valley, New York, is heard exclaiming “Oh, thank goodness!” before jumping out of the car to hug her waiting father and mentor, Matthew Chambers. Chambers, with her parents and two younger siblings, was invited to take a stab at the record by Porsche Cars North America. Despite her young age, Chambers is already a seasoned and successful competitive kart racing driver with eight years of experience and more race wins and championships under her belt than she cares to remember.

“I have a lot of wins and podiums. I have several championships and multiple race wins. I have never actually counted them all,” Chambers told Zenger News in a chat about racing and her ambitions for the future. Her long-term goal: drive in racing’s top circuit, Formula One.

“In motor sports, my goal is not only to compete in Formula One, but also to be competitive there,” she said. If successful, Chambers would become only the sixth female driver to participate in a Formula One race. (The others are Maria Teresa de Filippis, Divina Galcia, Lella Lombardi, Desiré Wilson and Giovanna Amati, according to the Formula 1 Dictionary.)  Her all-time favorite racing driver is Brazilian Formula One legend Ayrton Senna. Among current drivers it is the defending and dominant world champion, Lewis Hamilton.

Chambers’ interest in racing started at age 4. She would watch Formula One races on TV with her father, who is an amateur racing driver himself, and when he was off to an autocross race in his Porsche 944 Turbo, Chloe would tag along. At one of these races there were karts, and Chloe badgered her parents until they let her give it a try. She was 7, and after that initial taste of speed, her parents found her a local kart club. She had her first training session in 2011, and in 2012, during her first full season at the Oakland Valley Race Park in Cuddebackville, New York, Chambers won the club’s Kid Kart Championship.

In 2015, she secured the New York State Junior Championship. She now has a professional manager and small sponsors now, but is still a ways  away from breaking even, let alone making money as a kart driver.

Meantime, racing is not her only hobby. She has a black belt in Taekwondo, plays the piano and is a competitive swimmer. The part about being “competitive” is important. That has always been a motivational factor in her life and also what she likes the most about racing, she said.

“I like how so many factors play a role in your performance. The complexity makes victories feel so much better,“ she explained. For the slalom record attempt, Chambers worked hard for the better part of a week getting the feel of the powerful Porsche Spyder, which can accelerate from zero to 62.13 mph (100 kph) in just 4.4 seconds.

While it’s clear that Chambers has her sights set on a career in professional motorsports, at age 16 she still has plenty of time to develop her talent before committing to a specific timeline.

Her agent is, however, already working to secure a sponsor that can help carry her to the next level(s).

“Our agency intends to partner Chloe with one exclusive sponsor whose products she genuinely loves and with whose values she is closely aligned. It is our goal to strengthen this partnership throughout her ascension up the motorsports’ ladder, which she is determined to climb,” said her agent, Suzane Shriver, director of motorsports at Independent Sports & Entertainment.

As for Chambers, when does she think it’s time to take the next step toward a professional career?

“As soon as I am ready,” she said. “I’m letting my preparedness dictate the next steps rather than my age.”