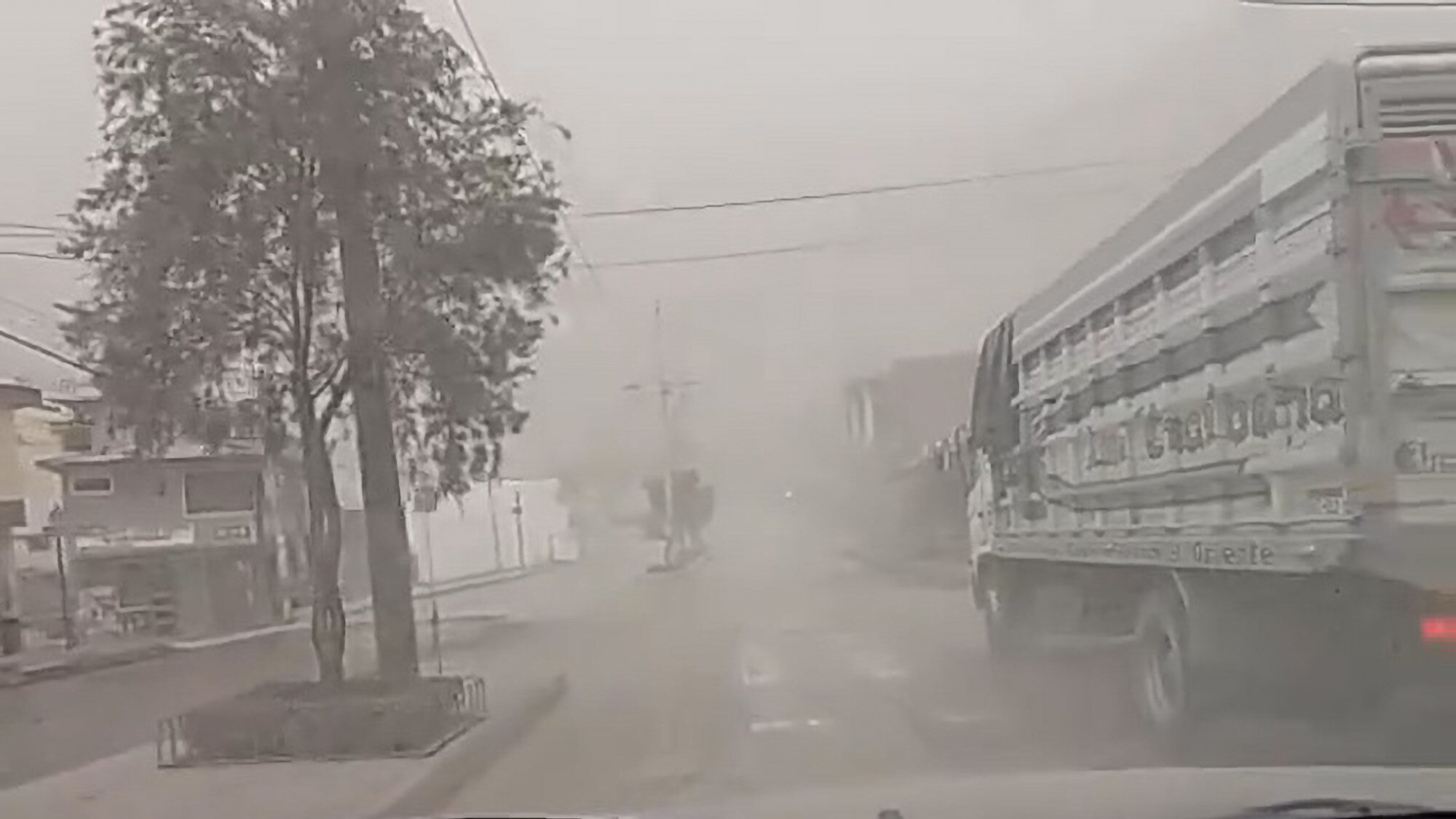 The road in Ecuador covered in ash due to the activity of the volcano on an unknown date. (@PoliciaEcuador/Newsflash)

A volcanic eruption over the weekend in central Ecuador has covered several nearby provinces with ash, and also caused an area airport to temporarily close. The Sangay volcano erupted early Sunday, sending an ash plume as high as 10 kilometers (6 miles) into the sky.

Such activity is nothing new for Sangay, which is typically described as the country’s most active volcano.  The “earliest report of a historical eruption [by Sangay] was in 1628. More or less continuous eruptions were reported from 1728 until 1916, and again from 1934 to the present,”according to Google Earth.

Several videos of the recent rash of falling ash have been posted, including one in which the person filming it says it’s leaving the area “completely dark.” A separate video shows an Ecuador Police patrol car driving down a street completely covered in ash and plagued with poor visibility.

The officer gives citizens safety measures to follow, including staying at home if possible and driving slowly if they must go out — as well as remembering to wear a mask due to COVID-19 precautions.

The Geophysical Institute from the National Polytechnical University of Ecuador, which monitors volcanic and seismic activity in the country, reported “a significant increase in activity” at Sangay, with “explosions and ash emissions much more energetic than previous months” being registered. The Sangay volcano is a 5,300-meter-tall (about 17,400 feet) that hosts a variety of fauna on its sides.

The large ash cloud from the eruption is expected to have the biggest impacts on the Chimborazo and Bolivar provinces, where it could negatively impact farming.