Opposition criticizes a lack of government intervention, particularly in regard to suicides among teens and migrant workers. 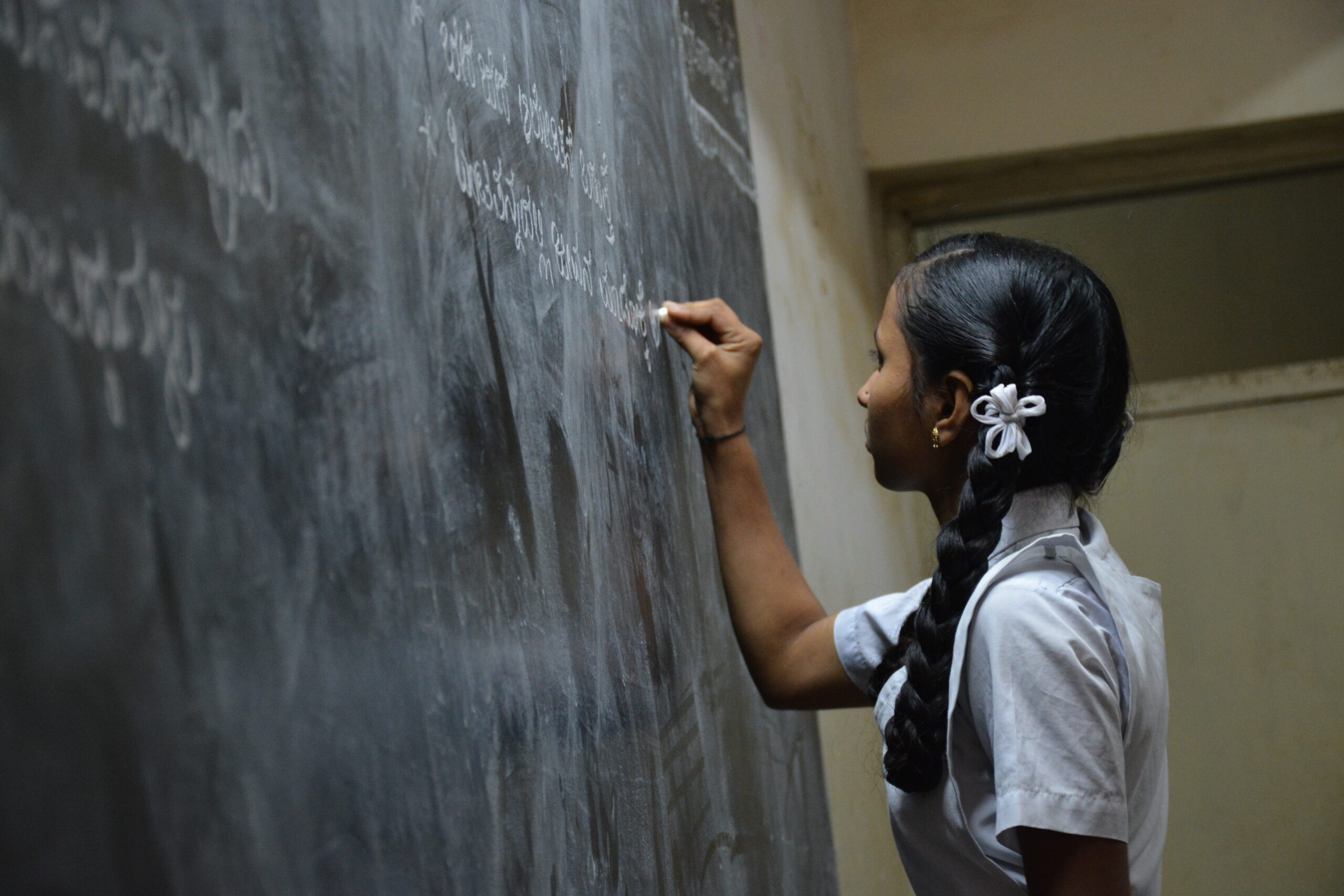 A school student writes on the blackboard in Bengaluru, India. (Courtesy: Unsplash)

Opposition parties in the Rajya Sabha, the upper house of India’s parliament, this week questioned the government for its failure to respond to increasing cases of mental health issues during the pandemic.

During parliament’s session on Sept. 14, the opposition was led by members of the Congress and Samajwadi parties.

“The number of people affected by mental health issues has increased exponentially during the Covid-19 crisis, especially the cases of suicides among the students and children across the country,” said Anand Sharma, a senior Congress leader. Sharma cited inaccessibility to online schooling and the non-availability of midday meals as the primary reasons for an increase in suicides among teenagers.

A 14-year-old student from Kerala’s Malappuram district set herself on fire on June 2 after missing her online classes because of the non-availability of a smartphone or television. “I’m going,” her suicide note read.

In the past six months, 140 teenage suicides were reported in Kerala, prompting the State Human Rights Commission to question the state government’s suicide-prevention measures. The commission asked Antony Dominic, the director of the social justice department, on Sept. 14 to submit a report on the initiatives taken to prevent suicides.

Asked about the number of teenage suicides reported since the Covid-19 outbreak, a spokesperson for the national and state mental health program said there had been no exclusive tracking of mental health issues and suicides during the pandemic.

“We’ll be able to assess the suicide data only after the crime records bureau releases its annual report,” said Dr. Kiran P.S., state nodal officer in the mental health program in Kerala.

“Since the last week of January, we have started psycho-social support,” he said. “We speak to Covid-19 patients thrice — on the first, fifth, and tenth day — during their quarantine period. This has prevented a few suicides because we predicted unusual behavior and intervened.”

The program was extended to vulnerable populations such as mentally ill patients, parents of children with special needs, elders living alone and guest laborers.

“Once the online classes started, a few suicide cases were reported among adolescents. So we expanded the program for schoolchildren too,” Kiran said.

“In the last three-four months in Noida (a satellite city of New Delhi) itself, 44 people have committed suicide,” he said.

He appealed to the government to provide a monthly allowance of INR 15,000 ($204) to those who lost their jobs so they do not die of hunger.

The informal laborers of India were the worst hit. Rendered jobless by the lockdown, many migrant workers fled back to their villages in Bihar, Uttar Pradesh, West Bengal, Odisha and other states from metropolitan centers such as New Delhi and Mumbai.

Of the 906 migrant worker deaths reported between March 14 and July 4, 133 were suicides, according to a database on migrant deaths during the lockdown. Fear of infection and loneliness, lack of freedom of movement, and the inability to go home were the primary reasons cited.

“Though the government provided shelters to the migrant workers, it wasn’t a sustainable solution,” said Dr. Anjali Kothare, director of the humanitarian Disha Foundation.  “No one knew how long the lockdown would remain. The uncertainty and joblessness led to anxiety and anger among them.”

To help the migrants cope with stress, the foundation conducted counseling sessions at the shelter houses in Nasik and Nagpur.

“We counseled the migrants and worked with the shelter staff as well,” said  Kothare. “Taking care of the migrant workers was new for them. We taught them to deal with the migrants’ day-to-day anxiety and understand the issues from their perspectives.”

Though nongovernment organizations and volunteers are proactively addressing mental health issues, there has not been a wide-scale response from the government.

Congress’s Sharma believes any kind of mental disorder or illness demands an active policy intervention and resource allocation from the government.

“There should be a persistent effort to educate and sensitize society about mental disorders,” he said.

According to a survey by the Indian Psychiatric Society, a 20 percent rise in cases of mental illnesses are related to uncertainties over finances and work, and stress in relationships.

“Of all the mental health issues I have attended to in the last few months, anger is the most common,” said Laxman Ji Yadav, an independent, Varanasi-based psychotherapist.

“The recession has affected the students who graduated this year and were planning to start their career afresh, and not just the white-collar and blue-collar category jobs,” he said.

“The government’s initiatives lack proper channelization,” he added. “We need to change things at the grass-roots level. It is easier to inculcate behavioral changes in children compared with grown-ups.”

He suggested that the government could start with a wide-scale survey to identify the causes of mental issues. Next, it should use those issues to train teachers or form separate teams to visit schools.

“Mental wellness needs to be looked at as an imperative part of school education,” said Laxman Ji Yadav.