The Philippines is one country that didn’t turn away Jews fleeing the Nazis. The nation’s president fought to give them refuge. 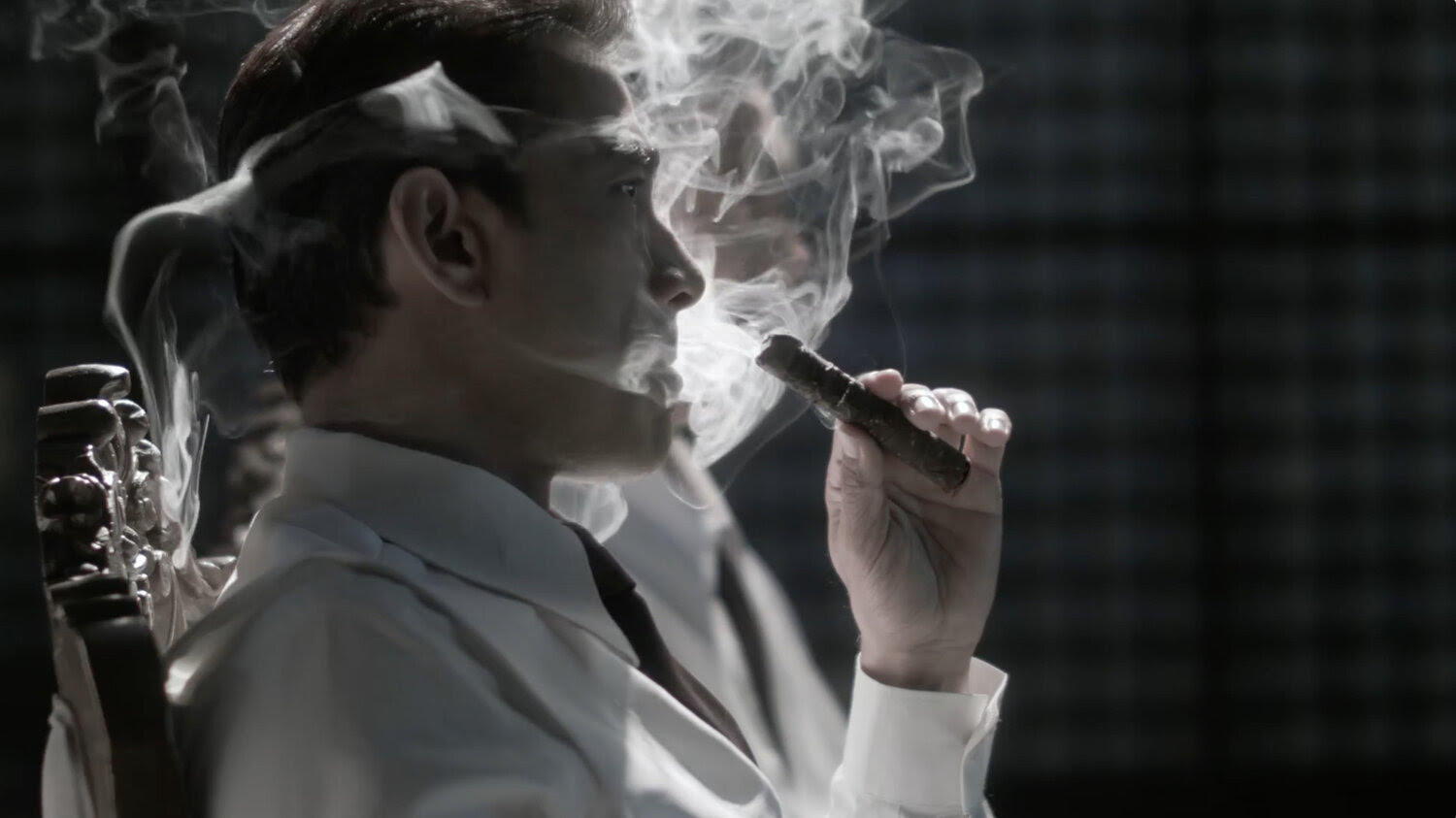 Raymond Bagatsing as Manuel Quezon, the leader of the Philippines, smokes a cigar. (Courtesy: ABS-CBN)

Many think of the Holocaust as a strictly European story. But one of the more intriguing and hopeful chapters in one of the darkest periods in human history was written 6,000 miles from Poland — in the Philippines.

Filipino President Manuel L. Quezon played an unlikely role in ameliorating the suffering of an estimated 1,200-1,300 Jews who found refuge in the island nation between 1937 and 1941.

This important chapter in history has been largely forgotten in the Philippines, which was then an American commonwealth. A new film,“Quezon’s Game,” reminds audiences of one man’s humanity in the face of evil.

(By 1924, the U.S. had severely restricted immigration — and for most Jews escaping Hitler, America was closed to them.)

The film focuses on Quezon as he crafts a careful strategy to welcome Jewish refugees, while matching wits with American officials. Plus, he’s battling tuberculosis. Historically, opposition to the Jewish refugees came from Filipino politicians who viewed the refugees as potential communist threats. Nor did they want a large influx of people to become a burden on state resources.

“He assured us that big or little, (Quezon) raised hell with every one of those persons. He made them ashamed of themselves for being a victim of propaganda intended to further victimize an already persecuted people,” Alex Frieder, the head of Jewish NGO in Manila, wrote at the time of Quezon’s leadership.

“This is a world story. It’s not just a Filipino story, and it crosses borders. It is about doing the best you can even if you don’t have the means. But if you work hard, you can do something great that can transcend race,” said Raymond Bagatsing, who plays the film’s title character, then-President Quezon.

American audiences may know Bagatsing from the TV series “Almost Paradise,” which premiered this year — the first American television series to be shot in the Philippines. Prior to it, he gave a noteworthy turn as Filipino independence leader in the Spanish-American War film “1898: Our Last Men in the Philippines.”

“What the Filipinos did for these Jews during World War II has been forgotten, but this is the story of how a small country, then under the thumb of the Americans, was able to pressure the United States to allow Jews into the country — something the United States, a much more powerful country, couldn’t do because of the politics of the time,” Bagatsing said.

Less than a year later, in 1939, President Franklin Roosevelt would turn away the MS St. Louis, a ship full of Jewish refugees desperate to find sanctuary. In the film, Quezon plots with future American President Dwight D. Eisenhower to save as many Jewish refugees as possible. At the time, Eisenhower was a military aide to Douglas MacArthur.

After landing the role, Bagatsing diligently studied what little material existed  about the event, even adopting Quezon’s cigar habit. That twist adding more tension to the film, since the president battled TB.

While Bagatsing is a well-established star in the Philippines and rising in global visibility, his Filipino costar Rachel Alejandro is well known in her native country as an award-winning singer.

“Aurora Quezon has living relatives, and it was important to me to play a proper tribute to her and who she was,” Alejandro said.”She is kind of a saint in the Philippines. There is an entire province named after her and a boulevard in Manila.”

With the historical record at times patchy, Alejandro relied on her “gut feelings” to create the character.

“Roughly 75% of the film is in English and the rest is in Tagalog, with some lines in Spanish. There probably should have been more Spanish for a film set in the Philippines in 1938.”

In order to enhance the film’s global appeal, Alejandro recorded a Spanish-language version of one of the film’s songs. The movie’s backers and producers had plans to launch a global campaign to unveil the film in many markets. On Jan. 28, a high-profile premiere in East London, marking Holocaust Memorial Day, attracted more than just Filipino expats. It was also attended by a large number of figures from the Jewish community.

The film shows resiliency in the face of fear and uncertainly, which has added resonance as the world copes with the Covid-19 pandemic. The producers are planning to make “Quezon’s Game” available soon to stream to a global audience.

“What Quezon did was the right thing to do,” Alejandro said. “The message of the film is despite our different religious beliefs, at the end of the day, we’re all just trying to get along and trying to survive. That is a message that needs to be told — especially now.”