Critics have jumped on Barrett’s use of the phrase “kingdom of God,” suggesting she was pushing for a theocracy. 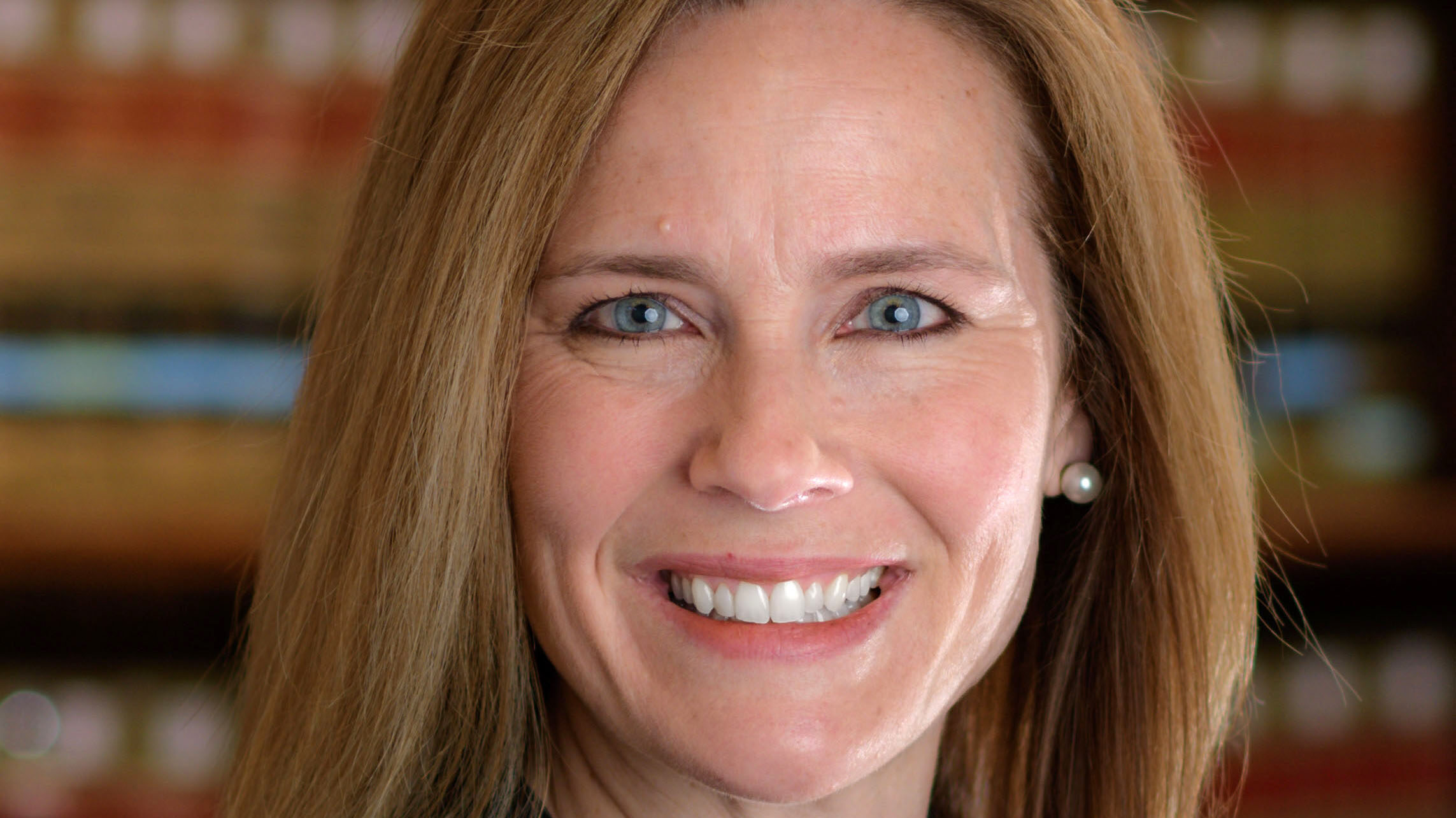 Amy Coney Barrett, judge for the U.S. Court of Appeals for the Seventh Circuit in South Bend, Ind. on an unknown date. (Courtesy: University of Notre Dame)

President Donald Trump’s potential Supreme Court pick Amy Coney Barrett’s faith could be a focal point of her confirmation hearing if he nominates her.

Trump will announce his choice Saturday at the White House, about a week after liberal Supreme Court Justice Ruth Bader Ginsburg died of metastatic pancreatic cancer.

The possible selection of Barrett has raised red flags in blue Washington over her conservative religious views.

Barrett, a devout Catholic, is also affiliated with a religious group called People of Praise, which teaches that husbands have spiritual authority over their wives.

The controversy over Barrett’s faith emerged in 2017 when she was grilled by Sen. Dianne Feinstein, D-Calif., at her confirmation hearing to sit on the U.S. Court of Appeals for the Seventh Circuit.

The debate is likely to reignite if Barrett is nominated to fill Justice Ginsburg’s seat.

Feinstein told Barrett in 2017: “When you read your speeches, the conclusion one draws is that the dogma lives loudly within you, and that’s of concern when you come to big issues that large numbers of people have fought for, for years in this country.”

“If you’re asking whether I take my Catholic faith seriously, I do, though I would stress that my personal church affiliation or my religious belief would not bear on the discharge of my duties as a judge,” Barrett said.

Feinstein’s line of questioning prompted outrage from conservatives, who called it a religious litmus test for public service, something the U.S. Constitution forbids.

In a 2006 speech to the graduating class of Notre Dame Law School, Barrett said: “Your legal career is but a means to an end, and … that end is building the kingdom of God. You know the same law, are charged with maintaining the same ethical standards as your peers across the country. But if you can keep in mind that your fundamental purpose in life is not to be a lawyer, but to know, love and serve God, you truly will be a different kind of lawyer.”

Critics have jumped on Barrett’s use of the phrase “kingdom of God,” suggesting she was pushing for a theocracy and questioning how she would keep her rulings separate from her religious views. “I’m a Christian but this is terrifying,” tweeted Lindy Li, a Joe Biden delegate.

Some critics are misinterpreting the phrase, said another Biden supporter and law student at the University of Pennsylvania Andrew Figueiredo.

“The way I understand the Kingdom of God is not mutually exclusive with the First Amendment. It’s perfectly valid to question Judge Barrett’s legal philosophy, but lazy criticisms of her faith reflect a deep misunderstanding of Catholicism and public life,” Figueiredo said. “So the kingdom of God is embodied in the common good, in human dignity, in solidarity, and in subsidiarity. Catholics, especially those in leadership roles, are called to live as Christ did. This means seeking justice, love, and peace.”

Barrett, a University of Notre Dame law professor, strongly opposes abortion. She is a mother of seven and former law clerk to the conservative Supreme Court Justice Antonin Scalia. She was also on President Trump’s short list for the Supreme Court seat that went to Justice Brett Kavanaugh in 2018.