Critics: Zimbabwe Stepping Up Arrests and Assaults Against Female Protesters

Critics say the government detains women, who are tortured, dumped and then re-arrested for allegedly making it all up.
By Ish Mafundikw September 21, 2020
Facebook
Twitter
Linkedin
Email 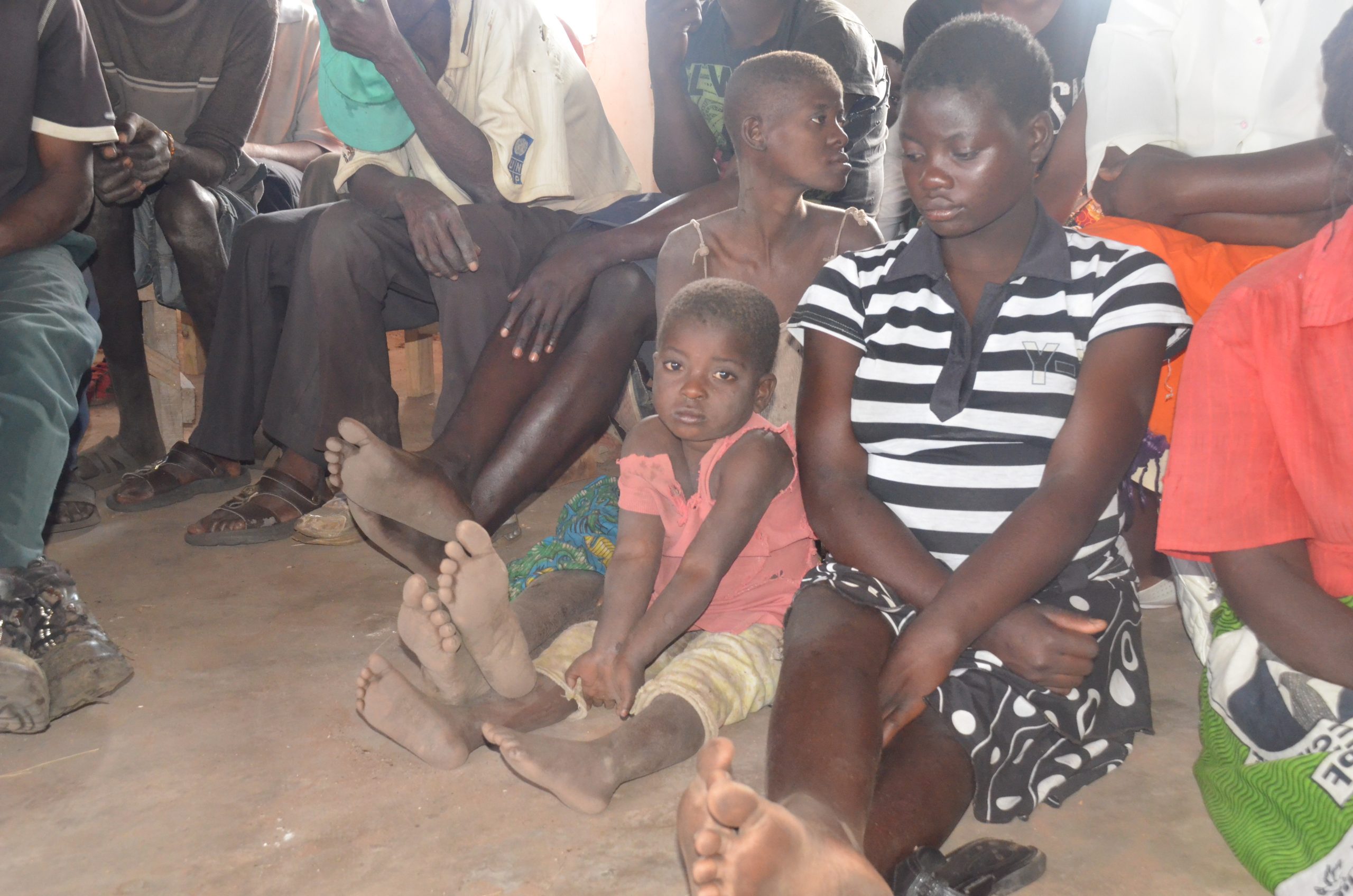 Zimbabwe's women have become immediate victims to the increasing deficits of contraceptives like birth control pills amid the lockdown meant to combat COVID-19. (Jeffrey Moyo/Zenger News)

Recent arrests and alleged assaults against women by state agents in Zimbabwe have again brought international attention to the country’s long history of violence against women.

The government had banned the demonstrations, citing restrictions on mass gatherings due to the Covid-19 pandemic. From July 30, the army and police were deployed to limit “unnecessary” movement as businesses and offices in city and town centers were shuttered.

The two women and others were arrested that same day for “trying to incite the public to engage in illegal demonstrations while carrying placards written various political messages [sic] meant to cause public disorder,” the police posted on Twitter on July 31.

The police arrested Dangarembga and Barnes as they walked in their neighborhood in Harare carrying placards. After spending the night in police cells, they appeared in court, charged with “participating in a public gathering with intent to promote public violence, breach of peace,” and “unnecessary movement during COVID-19 national lockdown without an exemption.” They were released after posting $65 bail each.

In a speech on Aug. 4, President Emmerson Mnangagwa pledged to rid the country of “bad apples that have attempted to divide our people and to weaken our systems.”

Dangarembga scoffs at the idea that she and Barnes, two middle-aged women were “a gathering” intent on causing violence. “We were carrying placards demanding the government addresses issues of democracy.”

In another incident, Noxolo Maphosa, a 23-year-old resident of Bulawayo, was grabbed by four state security agents in the city center in broad daylight on Aug. 7 and thrown into a truck. They drove her to a house where they demanded to know the whereabouts of her uncle, Josphat Ngulube. He is on bail for allegedly burning a car belonging to the ruling Zimbabwe African National Union-Patriotic Front party.

After telling the security agents she didn’t know her uncle’s whereabouts, she was allegedly beaten.

One of the men pulled out a knife and cut through her clothing and underclothing, a tearful Maphosa says in a video clip distributed widely on social media. Images of what appear to be whip marks on her thighs and legs are also posted online.

Government spokesperson Nick Mangawana said in an interview with the South African Broadcasting Corp. that the state agents’ behavior is justified when someone is “obstructing the police from enforcing the law.”

Human rights organizations, including the United Nations, Human Rights Watch and Amnesty International, have urged action for years to eliminate violence against women in Zimbabwe. In its World Report 2020, Human Rights Watch cites the rape of at least 17 women, as well as deadly shootings, during nationwide protests in mid-January 2019.

In yet another incident on May 13, opposition Member of Parliament Joana Mamombe and fellow opposition Movement for Democratic Change members Cecilia Chimbiri and Netsai Marova were arrested at a police roadblock after participating in a demonstration protesting hunger in the country.

Paul Nyathi, the Zimbabwe Republic Police spokesperson, confirmed to news media that police were holding the three women. After a state-owned newspaper reported the arrests as breaking news, the women disappeared and the police denied they had been arrested.

On the third day after their disappearance, the women were found, dumped by the roadside outside Harare, battered, bruised and traumatized. They claim they were taken to a remote area where they were beaten, stripped naked, forced to drink each other’s urine and sexually assaulted with firearms.

The three women needed hospitalization after their ordeal. Soon after their discharge, almost a month after their abduction, they were re-arrested and charged for allegedly stage-managing their kidnapping and torture. They were remanded in custody for two weeks until the court granted them bail. The judge ordered them to surrender their passports, report three times a week to a police station, and barred them from communicating with the media in connection with the matter.

As in other cases of the many abductions of opposition members, human rights defenders and others perceived as enemies by the government, the authorities have denied responsibility.

On Twitter on June 12, Mangwana denied government responsibility, “We will release irrefutable evidence that there was no abduction.”

Despite the number of abductions over the years, there have been no arrests associated with them.

Violence against women by the state has long been recorded in Zimbabwe. In 1983, the ruling party fell out with the Zimbabwe African Peoples’ Union, its partner during the armed struggle leading to the country’s independence from Britain. Armed members of Zimbabwe African Peoples’ Union went on a killing spree. The army responded by terrorizing suspected supporters of the “dissidents.” Women were allegedly raped, and unborn babies were allegedly cut out from pregnant women and bayoneted. Some estimates put the number of those killed as high as 20,000 by the time the operation ended in 1987.

Women were also subjected to beatings if they happened to be in the wrong place at the wrong time, such as participating in demonstrations.

In 2008, tactics changed to targeting individual women when Jestina Mukoko, director of human rights watchdog Zimbabwe Peace Project, was taken from her home by people who identified themselves as police.

“I was still in my nightdress and gown and begged them to get dressed, but they took me to a waiting car,” she said.

For 21 days, the authorities denied holding her. The police allegedly beat her and made her kneel on gravel to get her to admit to recruiting people for military training to depose the government. She eventually appeared in court but spent another 68 days locked up.

She was exonerated by the court and awarded her $150,000 in damages and legal costs after she sued the police and the government for her incarceration and torture.

A common thread in the abuse cases is that the government accuses the victims of being funded by Western governments and institutions pursuing a “regime change” agenda.

“The first question the police asked us after our arrest was, ‘Who is sponsoring you?'” Dangarembga said. “The government seems to think Zimbabweans need someone to tell them all is not well in the country.”