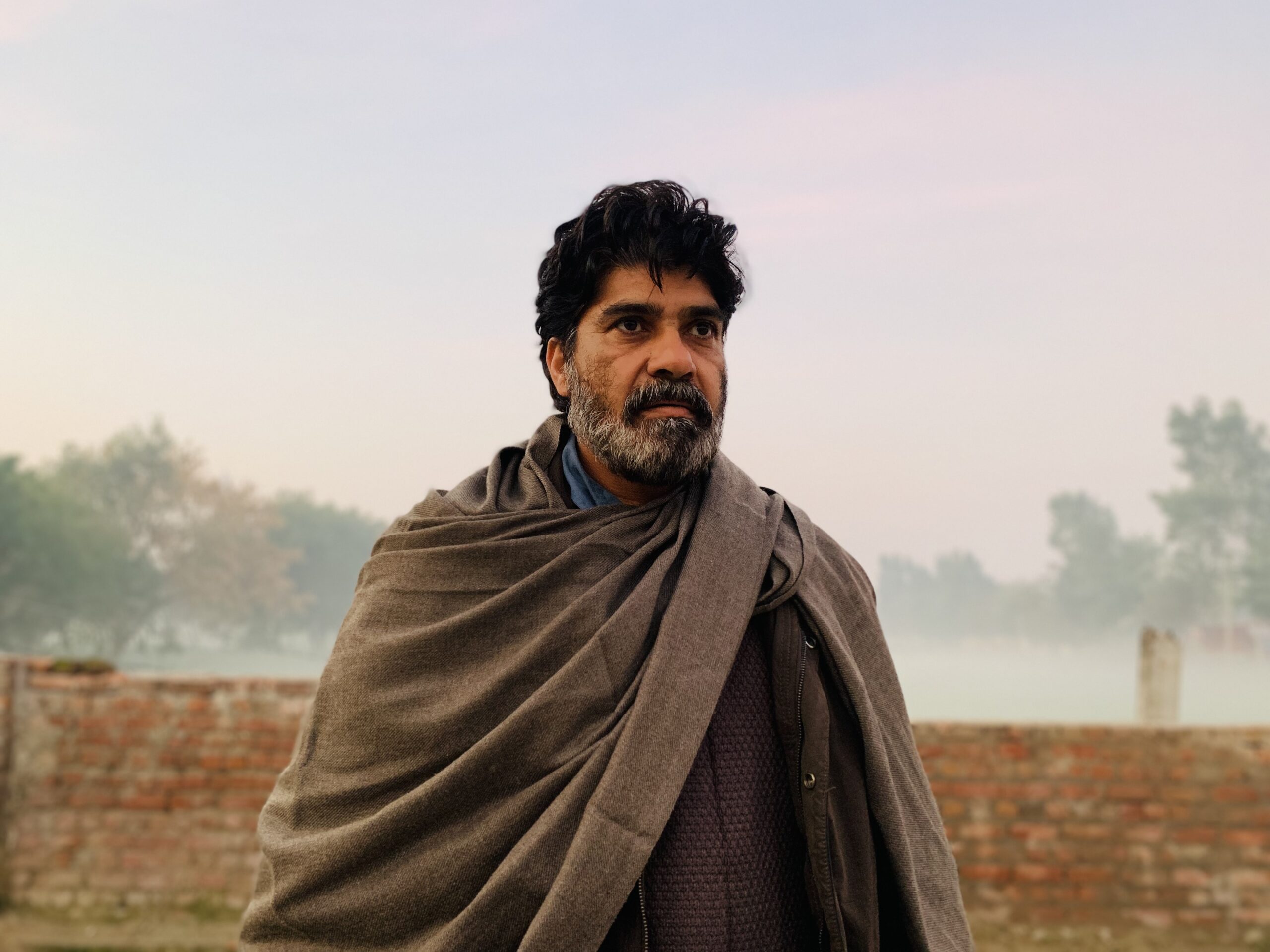 Suvinder Vicky as Ghalib in "Meel Patthar" ("The Milestone"), which was screened recently at the Venice Film Festival. (Courtesy: Kimsi Singh)

Filmmaker Ivan Ayr is on cloud nine despite the anxiety he’s feeling. After all, the former software developer turned filmmaker has had his sophomore film screened at the recently concluded Venice International Film Festival.

Ayr’s film, “Meel Pathar” (The Milestone) had its world premiere at the 77th edition of the world’s oldest film festival, in the Orizzonti (Horizons) section. The category is dedicated to “films that represent the latest aesthetic and expressive trends in international cinema.”

“Meel Pathar” was screened alongside Gia Coppola’s “Mainstream” and Lav Diaz’s “Lahi, Hayop.” It has also been featured in the official selection of the Jio Mami Mumbai Film Festival, which was scheduled for November but remains postponed till further notice.

Only two films old, Ayr had his debut film “Soni” screened in the same section in 2018. The film was well-received, winning the Oxfam award for Best Film on Gender Equality at the Mumbai Film Festival and the Best Film at the Pingyao International Film Festival, established by Chinese filmmaker Jia Zhangke.

Like his prior effort, “Soni” — which acutely scrutinized the life of a single female police officer in Delhi, Ayr’s second feature too spotlights the trials and tribulations of another working-class Indian: the humble truck driver. While their economic contribution is vast, emphasis on their personal lives has never quite been of interest to storytellers.

For Ayr, who moved back to India last year, after a decade of living in San Francisco, the intrigue lay in between lines.

“I doubt there’s anyone who’s seen as much as a truck driver has in terms of actual geographical distance,” said Ayr. “They have developed a sense of separation and detachment from the world they are contributing to. I was interested in this whole set-up, the psychological impact on their lives, and the consequences this has on their life outside of work.”

After his return to the motherland, Ayr spent six months interviewing truck drivers in the country’s Punjab and the Delhi-National Capital Region.

Earlier this year, Ayr submitted a rough cut of “Meel Pathar” to the Venice Film Festival’s selection team. Once it was chosen, he had to cram many months’ worth of work into mere weeks to be ready in time. On September 3, “Meel Pathar” was screened to rave reviews.

The film centers around middle-aged Ghalib (Suvinder Vicky) who has spent a significant part of his life on the road. The miles continue to stack up behind Ghalib, but he’s stuck in his mind. Though experienced and efficient, his worth is constantly suspected. The final straw is the request to train a young recruit Pash (Lakshvir Saran).

“He is the narrator on whose shoulder the camera takes the whole story forward,” said Vicky, a Punjabi actor and thespian, about his role as Ghalib. “His state of mind became mine. I remained Ghalib even after the shoot. It was difficult to become Suvinder for quite some time.”

“The rich and poor; young and the old; haves and have-nots are some some things we see in the characters,” said Ayr who has managed to wrangle Aamir Aziz into appearing as a cameo in the film.

Aziz, a poet-musician-actor recently shot into the spotlight after Pink Floyd co-founder Roger Waters read an excerpt from his poem “Sab Yaad Rakha Jayega” (Everything will be remembered) at a protest in London to demand the release of Wikileaks founder Julian Assange.

Despite the reception his film has received, Ayr is apprehensive about its future. It has been close to half a year since cinemas have shuttered. Streaming platforms have been the recourse for independent filmmakers. But now, star-led Bollywood blockbusters are eating away at that share of the pie.

“Bigger films will just move from big cinema screens to bigger OTT platforms,” said Ayr. “The smaller ones will struggle. That’s my gut feeling.” But the filmmaker will cross the bridge when he gets there.

For now, Ayr has eyes on the Busan International Film Festival that’s on next month.

“For an independent art-house film, the film must travel to various festivals, before going live on OTT platforms,” said Kimsi Singh, a producer at Jabberwockee, the company backing “Meel Pathar”. “Given the current pandemic situation, there are few festivals that are happening in their physical form, and we want to show solidarity with these festivals because that is the spirit of cinema.”