Opposition leaders, farmers claim that the laws will benefit corporate entities and not the agriculturists. 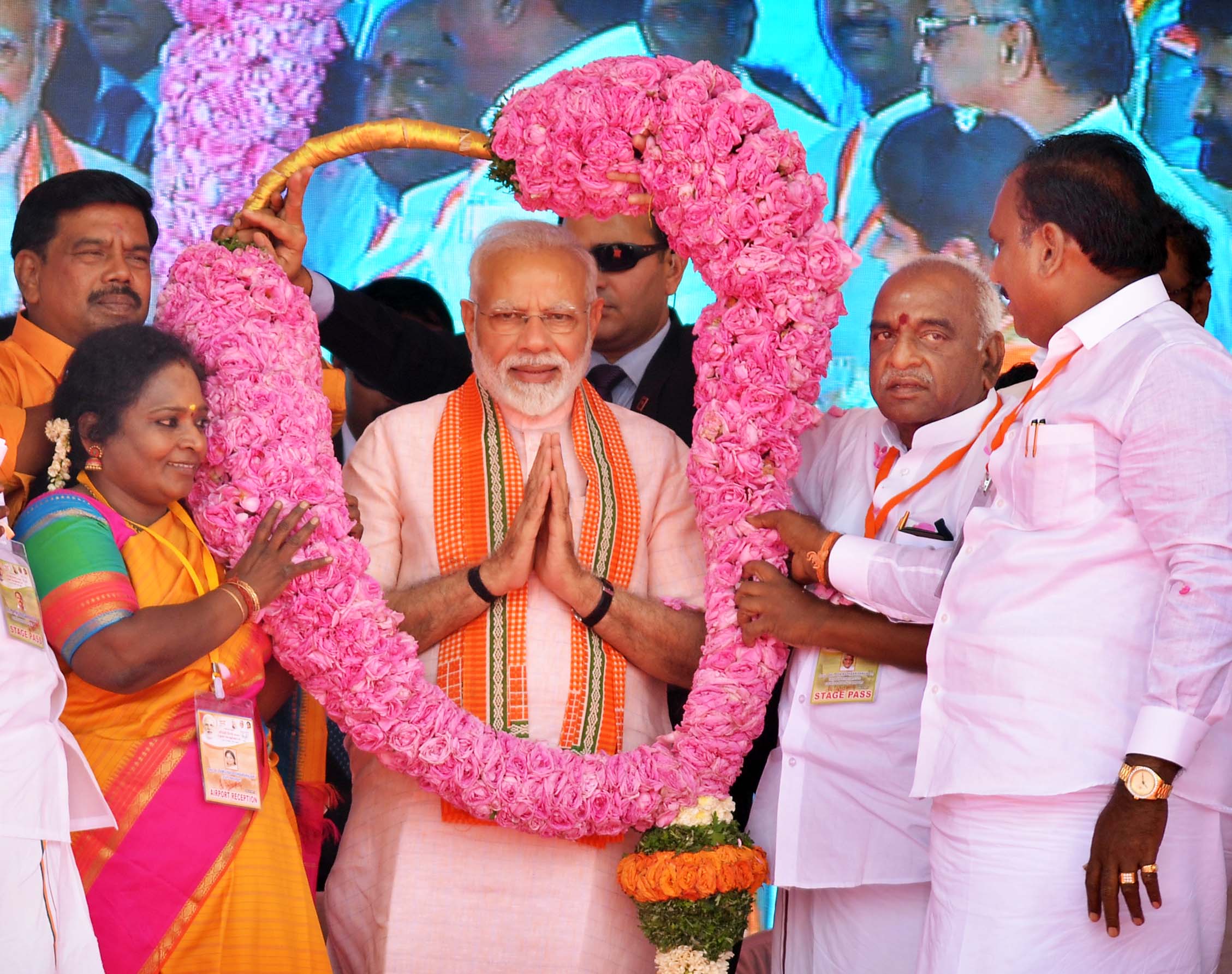 Three new laws that the Indian government claims will boost growth in the agriculture sector and make it easier to sell produce has sparked protests from farmers themselves and from opposition parties.

“For decades, the Indian farmer was bound by various constraints and bullied by middlemen,” Prime Minister Narendra Modi tweeted.

“The bills passed by parliament liberate the farmers from such adversities,” he said. “These bills will add impetus to the efforts to double the income of farmers and ensure greater prosperity for them.”

But the prime minister’s optimism was not shared by everyone in government.

After the three laws passed the Lok Sabha, the lower house of parliament, on Sep. 17, the minister of food processing industries, Harsimrat Kaur Badal, resigned in protest. Badal is a leader of the Shiromani Akali Dal, a party in the northern state of Punjab and an ally of Modi’s Bharatiya Janata Party. She said the laws are against farmers.

Former prime minister H. D. Deve Gowda, who is now a member of the opposition, said the government should have engaged stakeholders in language they understand before pushing the new laws.

He said farmers suspect that the new laws aim to phase out the government process for procurement of crops.

The government has tried to assuage fear, with Modi claiming there is no threat to the process of fixing the minimum support price (MSP) and that government procurement would continue. On Monday, Cabinet Committee on Economic Affairs approved an increase in MSP. But in the northern states of Punjab and Haryana, there are protests and widespread discontent.

“No farmers organization was taken into confidence by the government,” Inderjit Singh, vice-president of the Haryana unit of the All India Kisan Sabha, a farmers organization, told Zenger News. “This is why there is so much anger in Punjab and Haryana — the two states with surplus production.

“No farmers’ body has demanded these laws — it is the demand of those companies who want to hoard commodities,” Singh said.

As for contract farming, Singh said, the corporate entities would do what suits them. “They will keep their interest in mind,” he said.

Two of the three proposed laws — The Farmers’ Produce Trade and Commerce (Promotion and Facilitation) Bill, 2020, and The Farmers (Empowerment and Protection) Agreement on Price Assurance and Farm Services Bill, 2020, were passed on Sept. 20.

The Essential Commodities (Amendment) Bill, 2020, could not be introduced as the Rajya Sabha had to be adjourned amid opposition protests.

Opposition leaders have also criticized the government for allegedly not following parliamentary procedure.

“Members asked for a division of vote, but we were denied it,” tweeted Derek O’ Brien, a member of parliament from the opposition Trinamool Congress party. He also criticized how Rajya Sabha TV — a television channel that broadcasts live proceedings from parliament — was muted during the passage of these laws.

“Rajya Sabha TV was cut off,” he said “It was censored. We have the footage.”

O’Brien was at the forefront of the protests inside the Rajya Sabha when the two laws were passed.

According to convention, members communicate their agreement or disagreements orally. But this voice vote can be challenged, and members can demand a division of votes.

Vice-President of India M. Venkaiah Naidu, who is also chairperson of the Rajya Sabha, ordered the suspension of eight members of the upper house for a week for their alleged unruly behavior on Sep. 20.

The laws, which still need to be ratified by the president of India, will let farmers sell their produce outside markets regulated by the Agriculture Produce Marketing Committees, free stocking of agricultural produce by agents, and allow farmers to enter into contracts with private players, paving the way for contract farming.

Those protesting the laws, however, claim this will make farmers dependent on corporate entities.

“Modiji is making farmers a slave of the corporates. This country will never allow it,” tweeted Rahul Gandhi, a senior leader of the Congress, the major opposition party.

He also asked how farmers would get the minimum support price — fixed by the government for acquiring excess farm produce to prevent losses for farmers — if the Agriculture Produce Marketing Committees were made irrelevant.

“These laws are very harmful to us,” said Gobinder Singh, who heads a faction of the influential Bhartiya Kisan Union in Punjab’s Sangrur.

“The government will stop buying our produce, the corporate entities will do as they please,” said Singh.