An ease in FDI rules, along with a burgeoning market, will help tech giant expand its footprint.
By Rituparna Palit September 21, 2020
Facebook
Twitter
Linkedin
Email 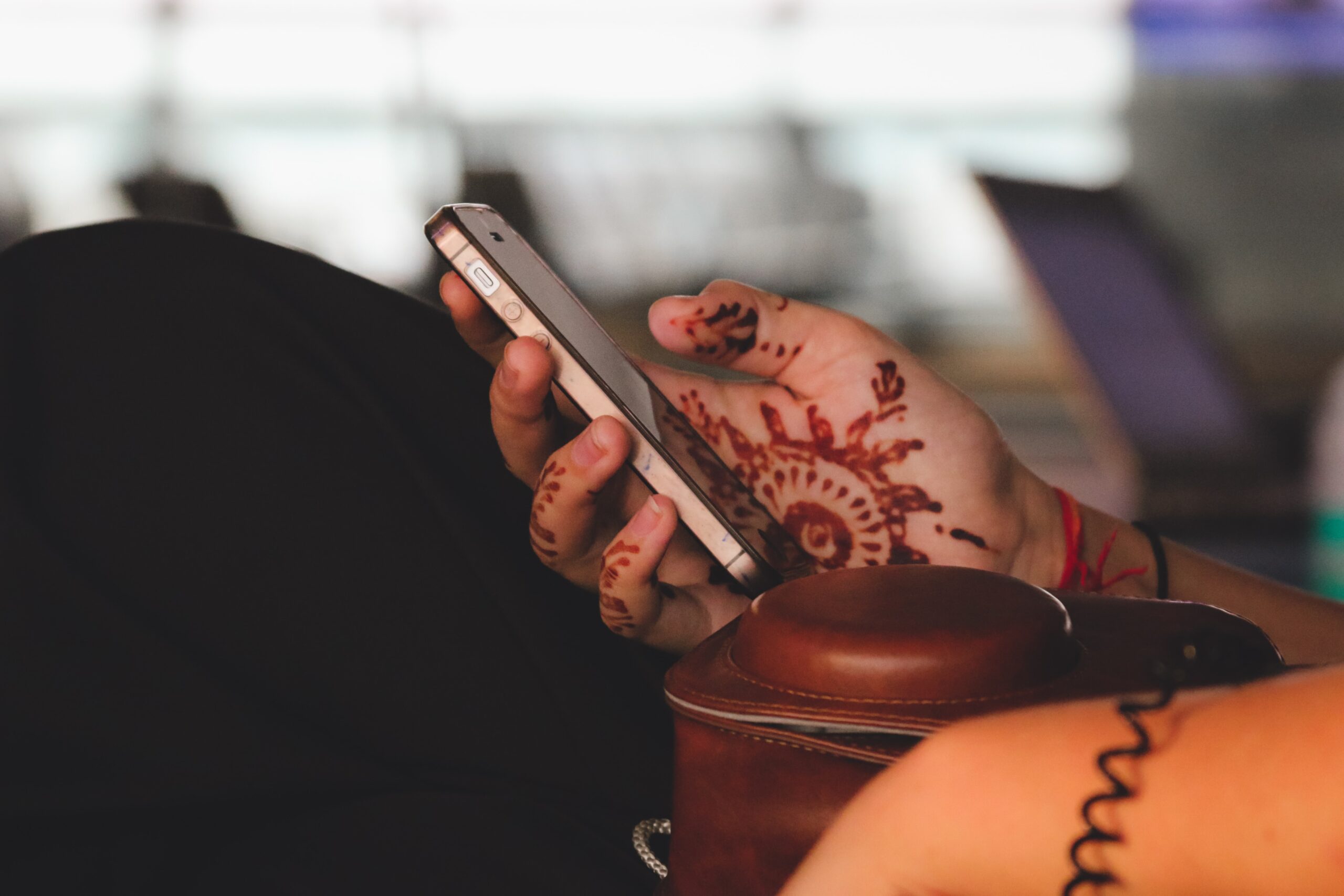 A woman uses an iPhone at the Delhi airport at an unknown date. (Courtesy: Unsplash)

Apple’s e-store is set to launch in India on Sept. 23 with its full range of products just in time for the country’s festive season.

“We know how important it is for our customers to stay in touch with those they love and the world around them,” he wrote. “We can’t wait to connect with our customers and expand support in India with the Apple Store online.”

While the pandemic delayed the launch of the online store by seven months, another hurdle was India’s foreign direct investment (FDI) policies. Until August 2019, foreign firms that wanted to open retail stores were required to locally source 30 percent of their goods.

While the earlier rule required single-brand retail-trading entities to operate in brick-and-mortar stores before beginning online sales, the new regulation allows them to sell online for up to two years before opening physical stores.

Reports of Apple’s plans for an e-store in India started making the rounds after Prime Minister Narendra Modi’s’ cabinet eased the FDI restrictions.

Until now, customers in India had to rely on third-party resellers for Apple products. They would often end up paying more than U.S.-based customers.

Through the online store, customers can get guidance and learn about new products in English and Hindi. Discounted prices are available for students.

“Apart from offering a showcase for the Apple products, the online store will increase a sense of belonging for the consumers,” said Sachin Mehta, a market analyst at IDC, a market research company. “Exclusive customer support through troubleshooting, financing schemes and buyback options will be the driving factors.”

To cash in on India’s festive season, which begins in early October, Apple has introduced signature gift wrap and personalized engraving for select products. While AirPods buyers will be able to get an emoji or text engraved in different Indian languages, iPad and Apple Pencil consumers can get the same engraved in English.

Market analysts say the growing demand for Apple products in India led the company to invest in the country’s electronics market. The online store is also expected to provide the groundwork for a brick-and-mortar store, set to open in Mumbai’s Bandra Kurla Complex in 2021.

“Despite the U.S. having the highest purchasing power parity, its MPC [marginal propensity to consume] is much lower than that of India,” he said. “The low population and high per capita income in the U.S. lead to a saturation in the consumption of goods and services after a point of time.”

Piyush Goyal, India’s minister of commerce and industry, tweeted on July 24 that Apple’s manufacturing partner Foxconn had begun assembling the current generation of iPhone 11 units at a plant near Chennai in the state of Tamil Nadu. Foxconn has invested around $1 billion in India as Apple seeks to cut its reliance on China.

“Unless a manufacturer or service provider is sure of the demand, it is unlikely they will open a store or start manufacturing their products,” said Devendra Kumar Pant, chief economist and senior director (public finance) at India Ratings and Research.

“India is a diverse market, with customers at different price points,” he said. “You find customers for both low-end and top-of-the-line products.”

Pant stressed on the need for stable and conducive policies to attract more investments.

“Currently, most of the global manufacturers are trying to reduce their dependence on China,” he said. “They are looking for an alternative source for raw material and intermediary goods. India needs to take advantage of this sentiment by presenting favorable policies and a succession road map to the investors.”

“We expect this demand to grow due to the ongoing transition from feature phones to smartphones and progressive diffusion of key smartphone features to the entry-level price tier because of hyper-competition,” he said in a report.

The Indian government has been pushing for an investor-friendly environment. In June, it announced a $6.6-billion plan to attract top smartphone manufacturers in a production-linked incentive (PLI) scheme. Through Aug. 1, applications were received from 22 firms, including Samsung, Foxconn, Wistron, Micromax and Lava.

“These companies will produce mobile phones and components worth INR 11.5 trillion ($150 billion) in the next five years. Of that, products worth INR 7 trillion will be exported,” Electronics and Information Technology Minister Ravi Shankar Prasad said in a press release.

“Currently, more than 60 percent of Apple smartphones are direct imports (incurring an upfront duty of 22 percent). Once the local manufacturing scales up, along with production incentives, it will reduce the duty costs and have attractive offerings for local consumption and exports,” he said.