Supporters of cannabis have been demanding legalizing it for everyone in the country. 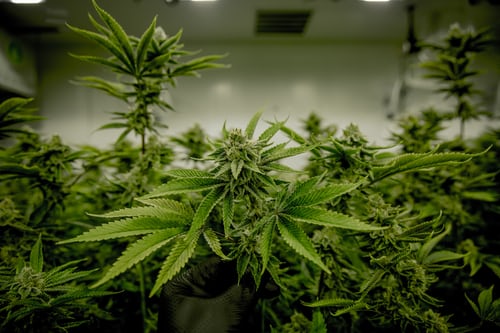 There has been a growing push to legalize the use of cannabis in India, but authors of the study warn that such a decision may be disastrous, especially for the country’s youth. (Courtesy: Ryan Lange/Unsplash)

Cannabis has few medical benefits and there are many health consequences, a new study by Indian doctors states.

While there has been a growing push to legalize cannabis in India, authors of the study warn that such a decision may be disastrous, especially for the country’s youth. The study was published recently in the Indian Journal of Palliative Care.

“This is a first-of-its-kind review that shows there is hardly any conclusive evidence about the medicinal use of cannabis except in certain uncommon diseases,” said surgeon Dr. Pankaj Chaturvedi from Tata Memorial Hospital, India’s largest cancer institute.

Chaturvedi, who is the corresponding author of the study, said that most of the positive studies have compared cannabis against placebos, not with the available medicines routinely prescribed for diseases.

“Needless to say, most of the negative studies never get published or reported,” he said.

The study states that “Although marijuana use has been legalized recently in several regions, high-quality evidence for the majority of its medical indications remains investigational.

“Most of the available literature compares it against placebos, and it would be prudent to wait for studies which prove beyond doubt the advantages of marijuana over the existing drugs and also outweigh its side effects and addiction potential.”

Many studies are currently underway at Tata Memorial Hospital to evaluate the benefits of cannabis in cancer management.

“These studies began only recently and are far from offering any conclusion,” said  Chaturvedi.

Cannabis is a generic term for several psychoactive preparations of the plant Cannabis sativa, according to the World Health Organization.

“Cannabis is by far the most widely cultivated, trafficked and abused illicit drug,” it states. “Half of all drug seizures worldwide are cannabis seizures.” Also known as marijuana, its common preparations in India include charas (resin) ganja (flower) and bhang (seeds and leaves). Many countries have legalized cannabis over the years. This week, Pakistan approved the medicinal and industrial production of cannabis and hemp at an herbal medicine park in the country.

The Indian study looked at available research on cannabis and its use for ailments like multiple sclerosis, epilepsy, cancer, glaucoma and sleep disorders and evaluated its impact on the brain, addiction, mental illnesses, pulmonary function and risk of cancer.

“Marijuana smoking leads to exposure to a number of harmful by‑products. Some of the carcinogens present in tobacco are present in marijuana smoke as well,” the study states. “Patients smoking marijuana are at an increased risk of suffering from transient ischemic attacks, stroke, myocardial infarctions, and Cannabis arteritis.”

The study further states that cannabis is the second most common substance to be abused in India, with close to 3 crore (30 million) people using it.

These statistics have done little to dissuade the movement to legalize cannabis in the country. Most recently, the arrest of Bollywood actress Rhea Chakraborty by the Narcotics Control Bureau for alleged possession and consumption of the drug has brought the debate over legalization to the fore. Chakraborty was being investigated in the suicide case of her boyfriend, actor Sushant Singh Rajput.

“Cannabis is the greatest medicinal plant on earth,” said Viki Vaurora, founder of The Great Legalisation Movement, a nonprofit that has been pushing for the cause since 2014. “It has no side-effects.

“We live in a world where the entire health care setup is monetized, controlled, synthetic and toxic. This free, miraculous plant that can grow next to any window can eradicate a trillion-dollar pharmaceutical setup across the world.

“There have always been counter-studies related to cannabis,” he said. “It is nothing new.”

The movement’s 2020 manifesto demands freeing the cannabis plant completely and letting people have the right to grow it, farmers to cultivate it, scientists have the right to study it, patients to heal from it and seekers to have the right to be elevated by it. The movement also argues that cannabis-hemp can offer livelihoods to farmers and is a multitrillion-dollar industry.

But Chaturvedi says that legalizing cannabis for recreational use would mean going down the same path as tobacco, alcohol and betel nut, the use of which causes a large number of cancers and related deaths in the country.

“For medicinal use, the current law already has provisions for cultivation, research and processing,” he said. “As far as the industrial use of the cannabis plant is concerned, it is not a good idea to promote a demerit crop when safer alternatives are already in abundance.”

His study states that the International Classification of Diseases and the Diagnostic and Statistical Manual of Mental Disorders designate cannabis as an addictive substance, with recognized cannabis‑related dependence disorders.

“Around 9 percent of the users, more significantly teenagers who try cannabis, ultimately become addicts,” the study states. “Cannabis withdrawal syndrome is a known condition with symptoms such as irritability, sleeping difficulties and dysphoria.”

“Cannabis is one of the cheapest drugs available in India,” said Dr. Harish Shetty, a Mumbai based psychiatrist. “The legalization debate on cannabis has been on for a long time but I would not support it unless it is being used for medical purposes and after proper research which shows its efficacy. We need a large amount of research data even to allow it for medical use”.

«Previous Post
A Tale of Two Strange Sentences: Tree and Door Bound in Chains for Over 100 Years in Pakistan»Next Post
Covid-19 Threatens India’s Most Vulnerable Tribes