Community transmission has proved hazardous not only to the indigenous tribes but also to rare languages, claim experts. 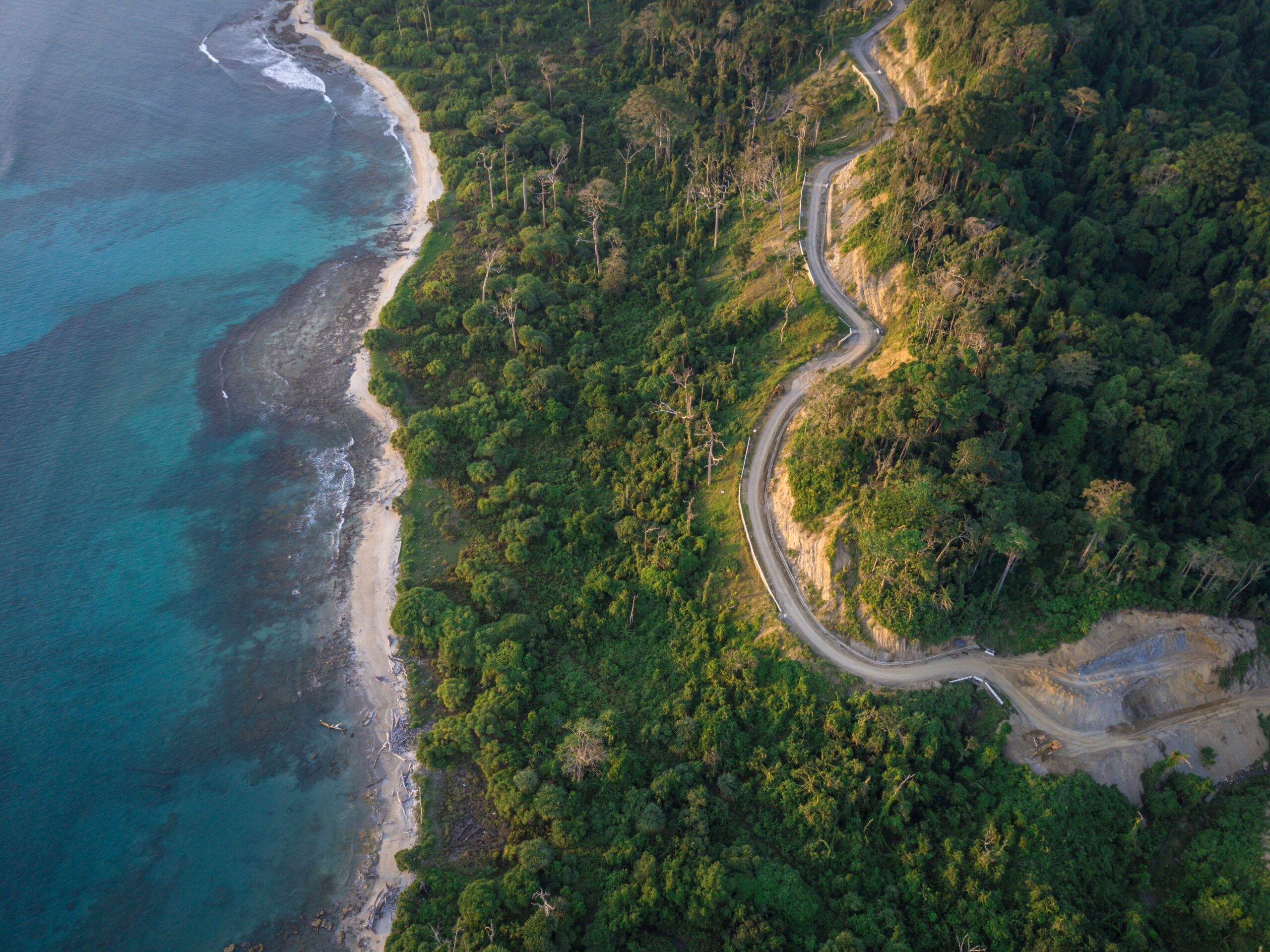 An aerial view of the Great Nicobar island. (Courtesy: Unspalsh)

While their recovery is a reason for celebration, experts are still concerned about the fate of these vulnerable communities during the pandemic.

On Sep 8, the Ministry of Health said in a media briefing that 15 people in the Nicobarese tribe had also tested positive for Covid-19 and were undergoing treatment. The Nicobarese people live on Nicobar Island, near the Andamans.

The archipelago, together known as the Andaman and Nicobar Islands, comprises 572 islands with a population of 380,581. The Nicobarese tribe are among the six Scheduled Tribes residing in the islands but do not fall under the PVTG category, which includes the Great Andamanese (44), the Jarawa (380), the Onge (101), the Shompen (229), and the Sentinelese (15).

With the rising number of Covid-19 infections among the islands’ indigenous communities, anthropologists fear their extinction.

“There are only three remaining speakers of the Great Andamanese language family, all aged above 50 years,” linguist Anvita Abbi told Zenger News.

Abbi was the first to identify the Great Andamanese as a new language family and has helped prepare a multilingual, multiscriptal, user-friendly talking dictionary of the present-day Great Andamanese language. She had flagged the risks of Covid-19 early on for Andaman’s PVTGs.

The Present Great Andamanese language — a mixture of Jero, Sare, Khora, and Bo languages — had lost its speakers of Khora and Bo in 2010. The last speaker of the Sare language died on April 4, 2020.

“The community transmission has proved hazardous not only to the indigenous tribes but also to the exceedingly rare languages they speak,” said Abbi.

India is home to 197 endangered languages, of which, 156 are spoken by fewer than 10,000 people and 42 are critically endangered. While the Great Andamanese, Onge, Jarawa, and Sentinelese are “Negrito” tribes, who brought their languages 60,000 years ago from Africa, the Shompen and Nicobarese are “Mongoloid” tribes who migrated from the Malay-Burma coast several thousand years ago.

All of these people were hunter-gatherers and had little or no contact with the outside world until the last few decades.

With continued efforts of the government and the Andaman Adim Janjati Vikas Samiti (AAJVS) over the years, several younger members of the Great Andamanese and Nicobarese tribes have gotten access to education and government jobs.

While the first Covid-19 case on the Indian mainland was confirmed on Jan. 30, the ANI reported its first case only on March 26, in its capital, Port Blair. The virus spread quickly, affecting 548 on July 31, increasing to 3,426 on Sep 10.

Despite ANI authorities claiming that they took precautionary steps for the safety of tribes, five members of the Great Andamanese tribe had contracted the virus by Aug. 27.

The local administration moved them to Strait Island in April. However, the employed members of the tribe who kept moving back and forth between Strait Island and their government-allotted accommodation at Port Blair were reported to have carried the virus to other members of the community.

“The tribe’s low population, along with their high co-morbidity, heightens the worries around the Great Andamanese,” said Nilanjan Khatua, superintending anthropologist at the Anthropological Survey of India, Andaman & Nicobar.

From his survey of the Great Andamanese tribe conducted in March 2019, Khatua had found that the number of Great Andamanese had increased to 75, but 26 percent of them were obese and 55 percent were anemic.

Other ANI tribes, such as the Jarawas, are at a high risk of extinction due to the virus. The 230-kilometer (143-mile) Andaman Trunk Road, built in the 1970s, was opposed by tribe conservationists as it cut through the homeland of Jarawas, exposing them to outsider influence, disease, and death. There were repeated measles outbreaks in 1997, 1999 and 2006. In September 2015, around 60 of the 300 Jarawas were admitted to hospital suffering from measles, post-measles broncho-pneumonia infections and conjunctivitis.

“Jarawas are one tribe that worries the local administration due to increased commutation and outsider settlements on the Andaman Trunk Road,” said Khatua. “Continued poaching in the Jarawa lands, too, makes the tribe vulnerable to contact and encroachment.”

Of the samples collected from the Onges of Dugong Creek and Jarawas from different tribal habitations, the ANI administration found all of them to have tested negative for Covid-19.

“Along with prohibitions of outsider contact with Shompens, we are ensuring that the community does not contract the virus from any AAJVS (Andaman Adim Janjati Vikas Samiti) member who interacts with them,” said Kishore Kshirsagar Lakshman, district magistrate, Nicobar District.

To prevent outsider contact with the indigenous Shompens, the Nicobar administration on Sep 8 issued an order to fine Rs 10,000 ($136) to anyone making unauthorized contact.