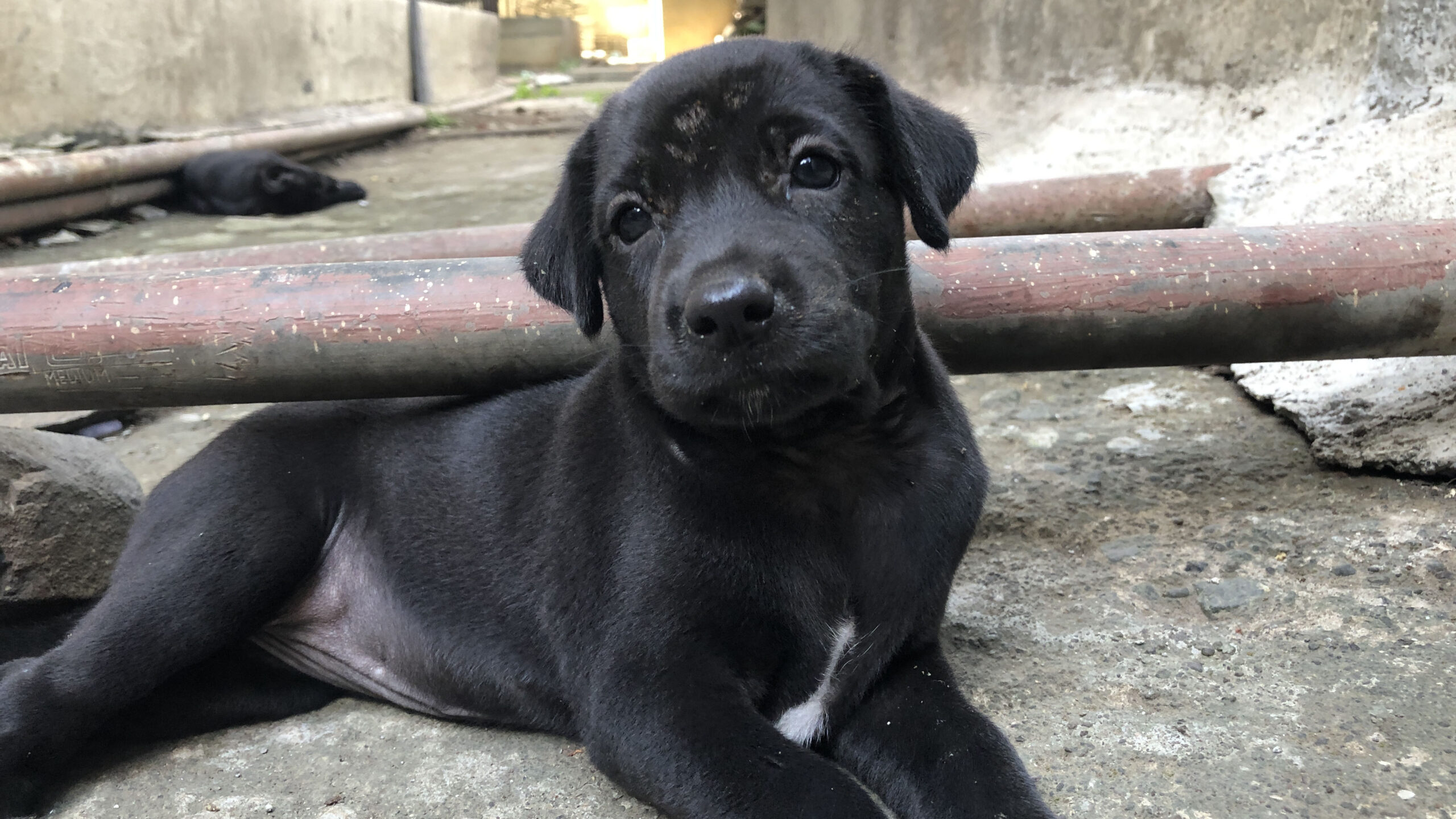 A rescued black lab in an unknown location in an undated photo. (Deborah Cornelious/Zenger)
SIVAS, Turkey—Groundbreaking research in Turkey has shed some light on one of the mysteries of the animal kingdom: Why mothers sometimes kill and eat their own young.
Known as maternal cannibalism, the phenomenon been blamed on everything from the fact that it provides a mother with much-needed nutrients and energy, to the fact it might make her more attractive to a potential new mate, or that the offspring being disposed of are either unwell or taking too long to develop.
But thanks to research carried out at Cumhuriyet University in Sivas, Turkey, involving a local breed of dog, it appears that maternal cannibalism may be caused by the absence of key hormone produced by female animals that’s vital in helping mothers bond with their offspring.

Here’s how that discovery came about: Sivas, located in a central Turkey province of the same name, has a largely agricultural economy which includes sheep that need to be protected from bears, wolves and jackals. That role is carried out by shepherds often using the locally bred Kangal shepherd dog, a large livestock guardian breed that’s also been exported to such places as Africa.
The Kangal, a type of mastiff, is large enough to protect its flock even from lions and cheetahs, and it has a strong protective nature that applies not just to the flock that it guards but also to people.
But dog breeders contacted the Turkish university five years ago with a problem: the breed had demonstrated a frequent tendency for mothers to eat their own puppies within the first two weeks of their birth. They asked the university for help, and Mustafa Kockaya, 38, an assistant professor there, agreed to take on the challenge.
“As this is a local breed, there was a strong connection with our institution, and a desire to do something to help” Kockaya said in an exclusive interview with Zenger News. “We agreed to take it on as a study project, and it has lasted six years so far.”
When it came to understanding why such animals were eating their puppies, researchers launched two studies: The first was to try to find the reason for maternal cannibalism and the second was to find a treatment to stop it from happening again.
As Kockaya tried to identify the factors that distinguished mother dogs that ate their puppies from those that did not, he noticed that those in the latter category seemed to exhibit significantly more affection for their puppies than those that did. That led him to closely monitor a female Kangal that reportedly devoured 15 of her puppies.
Kockaya’s investigation included testing the dog’s hormonal levels, including oxytocin, the so-called “cuddle hormone.” Oxytocin is a key part of childbirth in many placental mammals including humans, strengthening the contractions of the uterus, stopping any bleeding after the birth and encouraging lactation. But it is also said  to strengthen the mother’s positive feelings towards the newborn.
And it was at dangerously low levels in the dogs that were eating their own puppies, researchers found.
After identifying the hormone deficiency, Kockaya then teamed with Associate Professor Yasemin Salgırlı Demirbas from Ankara University’s veterinary medicine faculty, and together they found that injecting the missing oxytocin hormone in Kangal mothers immediately after giving birth stopped them from consuming their puppies.
“This study is first of its kind and was very important for me. Dog owners view mothers eating their puppies as monsters and either abandon them or put them to death.” Kockaya said. “Our study and treatment could save future generations of Kangal dogs.”
The discovery could also be significant for other types of animals that practice maternal cannibalism. Kockaya says he has received e-mails from around the world asking about that possibility.
But he’s unsure that will be the case. “Separate studies are needed for it, as we don’t know if other cases of cannibalism stem from the same cause.” Given that, Kockaya is planning to begin researching if other dog breeds can be deterred from killing their young with “cuddle hormone” injections.
He also said that therapy might have some applicability to humans.
“Maybe similar studies can be done on [human] mothers who do not accept their babies. The oxytocin hormone has many receptor regions in the body, and if medical doctors wanted to do studies on the subject, we would be happy to share our research.”
(Edited by Matthew Hall and Allison Elyse Gualtieri.)
«Previous Post
Taking the Plunge: Champion Diver Proposes Underwater, With Social Distance»Next Post
VIDEO: Trunk Show: Elephant Sprays Works of Art