Without arms, ammunition or combat training, the militants from Kashmir are no match for Indian security forces. 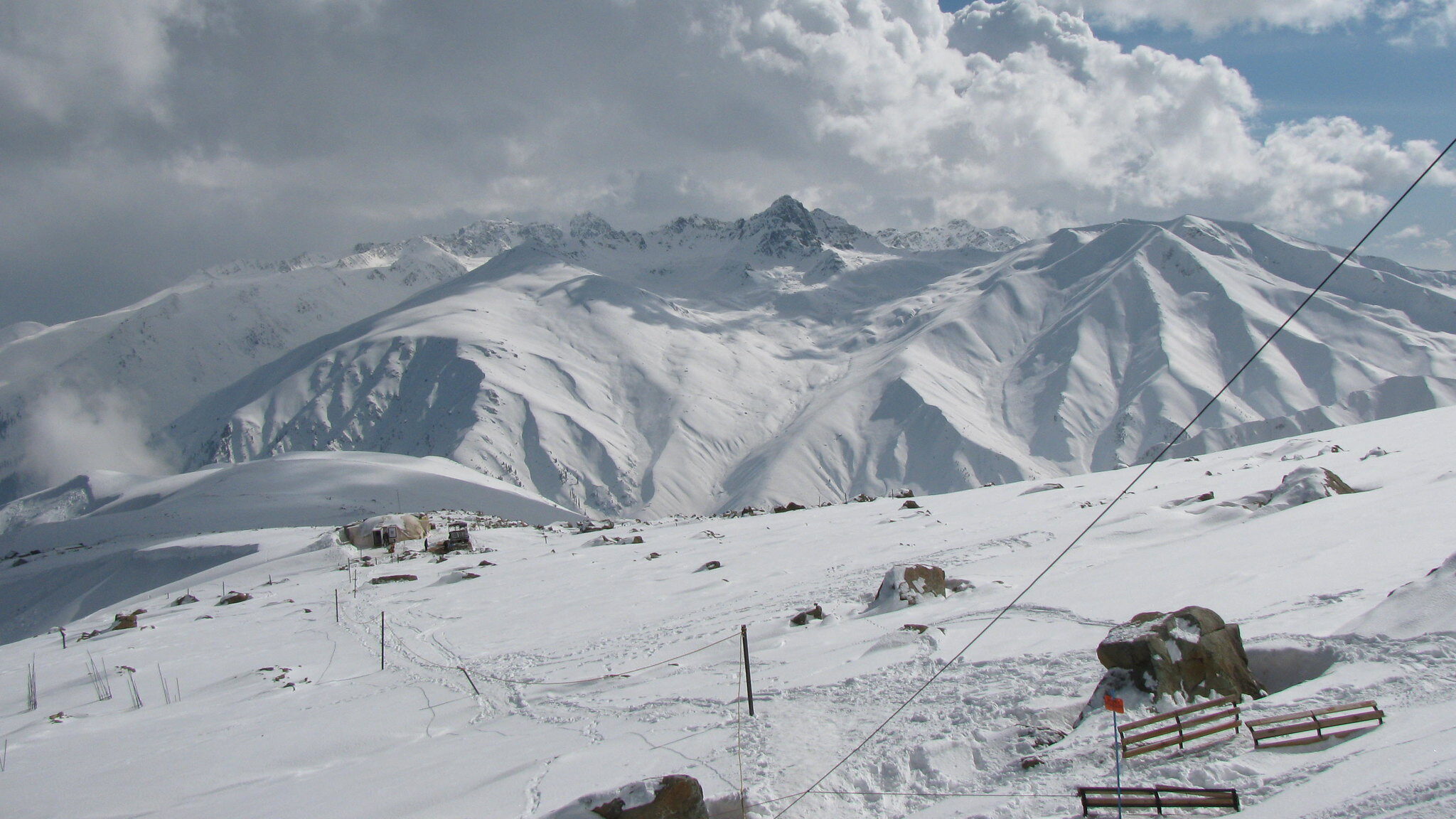 An image of the mountains in Kashmir on January 28, 2011. (Namita Kumar via Flickr)

Khursheed Ahmed Beigh was going about his routine work one day in June when he received a call informing him that his 22-year-old brother Sajad Ahmed had been killed in a gunfight between Indian security forces and Kashmiri militants a few kilometers from his home.

“I wasn’t aware he had joined militancy. Nobody in our family was,” Beigh said.

Sajad, the youngest of eight siblings, had left his home in Dugpora village in South Kashmir’s Shopian district five days earlier. His family thought that he had gone to the woods to take stock of his sheep.

“He was a herdsman and used to frequent the higher forest reaches. We thought it was yet another visit, but alas.” Beigh said.

A number of young men in the contested territory of Kashmir who have recently joined the insurgency have barely survived a few weeks before being killed by Indian security forces.

The trend seems to be on the rise where young militants – devoid of proper ammunition, money or logistical support – pick up arms and are struck down in short order.

In the last two months, at least five young Kashmiri men have died while being active in the rebellion for less than three weeks.

“It is like a suicide mission. These boys want to rebel against the state but are devoid of ammunition, money and logistical support that a militant requires. They are militants by mind and not by training. Usually, a militant would think how to inflict damage on an opponent. Here the emotion is to die or attain martyrdom,” said Gowhar Geelani, an author and journalist from the strife-torn Kashmir valley.

A.S. Dulat, former chief of the Research and Analysis Wing, the foreign intelligence agency of India, attributes the trend to the strengthening of the security network in Indian-administered Kashmir.

“The security system has also been fine-tuned, which leads to finding, tracing and killing them (militants) swiftly. The arms and ammunition are not easily available now. Pakistan is not able to train or provide any substantial help to these boys,” said Dulat.

Since the 1990s, hundreds of Kashmiri youth have joined anti-India insurgency demanding freedom or unification with neighboring Pakistan. Pakistan is widely believed to have supported the insurgency and provided arms, ammunition and training to the Kashmiri youth in the 1990s. A Human Rights Watch report states that most militant organizations operating in Kashmir have close ties with Pakistan. More than 5,000 Indian security personnel have also been killed in the three-decades-long insurgency.

In recent years, however, Pakistan’s support of Kashmiri militants has decreased drastically.

“It can primarily be attributed to their faltering economy and threat of getting blacklisted by the Financial Action Task Force,” said Geelani. The task force, a global organization to combat terror financing, has placed Pakistan on the “grey list” for failing to check the flow of money to terror groups.

The trained militants from Pakistan were combat hardened. “But these youngsters have never been to Pakistan and probably shoot for the first time when they get trapped in the cordon of Indian security forces,” said Mohammad Abdullah (who asked that his real name not be used), a resident of south Kashmir. Abdullah, a witness to one of the encounters, said he was used as a human shield by the Indian security forces.

“Five militants were killed in that encounter. There was barely any resistance. They (militants) are amateurs with little training or ammunition,” he said.

Lack of ammunition has also forced militants to attempt to grab weapons from police and paramilitary forces.

“When you don’t have even ammunition to fight, how will you survive fighting against such a humungous military state?” said Abdullah.

A report on violence in Jammu and Kashmir states that strength of the armed forces  ranges from 6.5 million to 7.5 million.

In August 2019, India stripped Kashmir of its partial autonomy by scrapping Article 370 of the Constitution that had granted special status to the region. To thwart the widely anticipated protests, a lockdown and block on communications was put in place for several months. High speed internet remains banned in the region.

“The move (to scrap the Article) … will bring in a new era of development and prosperity and militancy will be eliminated within a couple of years,” said Altaf Thakur, spokesperson for the ruling Bhartiya Janta Party in Kashmir. “The new recruitment of militants will go down and the graph of militancy will soon decrease to the level of extinction.”

In Rampora village in south Kashmir’s Kulgam district, some 25 kilometers (15.5 miles) from Sajad’s home, posters eulogizing Kashmiri rebels decorate electric poles, parapets and brick walls. One of the villagers, Umer Mohiddin, 17, was killed within four days of joining militant ranks. He is among 143 militants killed in Kashmir in the first six months of 2020.

“When you are living in the world’s most militarized zone, there are restrictions on mobility. Restrictions on how and when your bodies will move and respond to a stimulus. Particularly, when you are a dissenter, the surveillance and restrictions are immense. By picking up arms, the youth is choosing to defy those restrictions and die on their own terms.”

India’s handling of Kashmir conflict has been criticized by various international agencies which accuse the country of committing human rights violations. A recent Human Rights Watch report states that India “continues to impose harsh and discriminatory restrictions on Muslim-majority areas in Jammu and Kashmir.”

(Rashid Hasan contributed to this report. Edited by Vandita Agrawal and Judy Isacoff.)