Drivers for the popular transportation apps face an uncertain future as regulation changes are imminent. 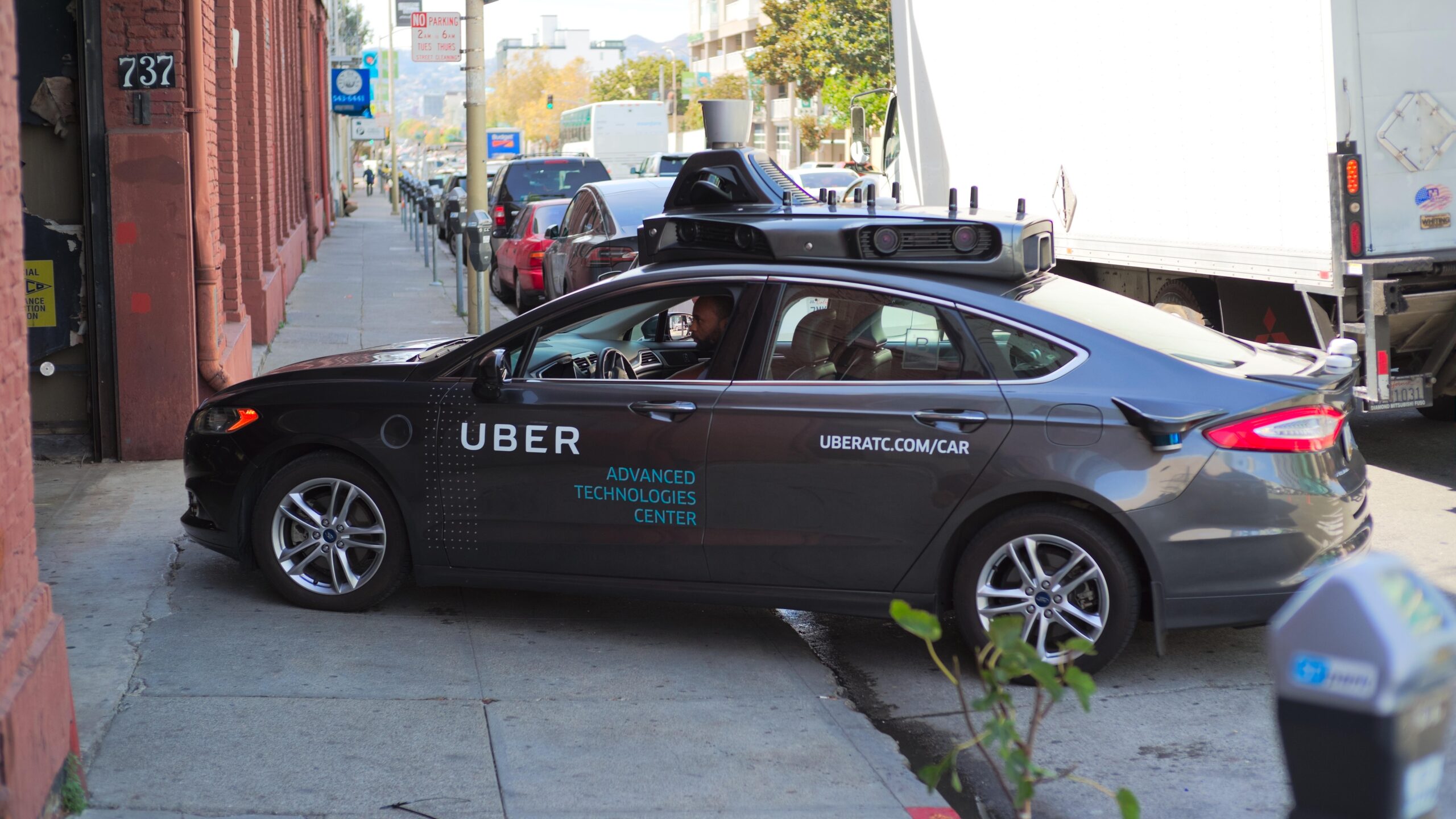 An Uber self driving car prototype is tested in San Francisco, California on October 7, 2016. (Dllu/Wikimedia on CC 4.0 License)

Uber and Lyft, ordered by a judge to make their California drivers employees rather than independent contractors, are hoping voters put the brakes on the change in November.

Under AB-5, a bill signed last September by Democratic Gov. Gavin Newsom that took effect this year, roughly 500,000 Uber and Lyft drivers in California would go from being independent contractors to employees. The bill extended employment status to all workers in California’s trillion-dollar gig economy. But Uber and Lyft, whose business models rely on independent contractors, say they would be especially hard hit.

Pressure to resolve the conflict — which pits the ride-share companies against lawmakers who say drivers are being exploited by not having access to health benefits or a minimum wage — has been increasing. A San Francisco judge ruled that Uber and Lyft had been unlawfully evading AB-5 since January by continuing to label their drivers as independent contractors. The Aug. 10 ruling gave the companies 10 days to reclassify.

Uber and Lyft filed emergency appeals to continue operations. They stated that they could not rapidly redesign their business models to continue employing all current drivers, and would be forced to shut down in California if the appeals were not granted. A California appeals court judge granted Uber and Lyft an 11th-hour emergency stay on Aug. 20, allowing them to keep operating.

But California Proposition 22, set to appear on the ballot this November, would preserve the drivers’ independent contractor status.

“I believe that drivers should be able to remain independent contractors and have the flexibility that they signed up for initially,” said Jennifer Anderson, who said she has been driving for Uber 20 hours a week for the last three years.

“If Proposition 22 were to fail, I wouldn’t be able to keep driving for Uber, and the same would be true for many other current drivers,” Anderson said.

Uber and Lyft oppose AB-5 on the grounds that drivers enjoy more work flexibility as independent contractors. The companies say that drivers’ independent status ensures affordable rates for millions of dependent users, as the supply and demand between drivers and riders is consistently gauged.

More than half these drivers, according to statistics on the companies’ websites, work for Uber and Lyft part-time to earn extra income while holding full-time jobs. The ride-share companies take an initial pay allocation of 20% to 25% per ride, and the rest of the money goes to the driver.

As independent contractors, ride-share drivers have to cover expenses such as gasoline, car insurance, maintenance and toll fees. They set their own schedules, but do not get access to official employment benefits such as health care and guaranteed minimum wage, or expense reimbursements. Under AB-5, they would.

Supporters of AB-5, including California Attorney General Xavier Becerra and U.S. Sen. Elizabeth Warren of Massachusetts, both of whom are Democrats, have criticized Uber and Lyft for denying workers the right to employment benefits, accusing them of using the independent contractor status as a loophole. As a result, there are calls for Proposition 22’s defeat in November.

“We think Prop. 22 is a very destructive measure that would lead to further exploitation of hundreds of thousands of workers in California,” said Steve Smith, a spokesperson for No On Prop. 22, an initiative from the California Labor Federation. “The measure would permanently exempt Uber and Lyft from having to comply with California’s labor laws. Drivers should be entitled to workers’ compensation, paid sick days and unemployment insurance.”

But supporters of Proposition 22 say keeping the independent contractor benefits that drivers currently enjoy is more important. The measure would exempt app-delivery companies, including Uber and Lyft, from the employment requirements of AB-5, which some view as a burden.

“It would be harder to reject difficult passengers (if Proposition 22 didn’t pass). If I was an employee, I could possibly get reprimanded, written up or fired for that kind of move,” said Teeky Pentaraki, an Uber driver who logged a total of 4,500 rides while working full-time hours for four years.

Pentaraki drove for Uber to supplement his income from other independent contractor jobs held during that four-year period, including SAT tutor and petroleum landperson.

San Diego Mayor Kevin Faulconer and San Jose Mayor Sam Liccardo were among leaders who had called for the California Court of Appeals to grant Uber and Lyft’s request to continue operating in order to prevent the sudden halt of income for drivers.

“As the Republican and Democratic mayors of two of California’s largest cities, we’re calling for solutions so our state doesn’t shut down an industry that’s vital to the income and livelihood of millions,” said Faulconer in a tweet attached to the statement.

The 11th-hour emergency stay granted Aug. 20 by a California appeals court judge allowed the ride-share companies to continue operating under the expectation that they design an employment plan in case Proposition 22 were to fail in November.

Uber and Lyft have each contributed $48 million to the “Yes on 22” campaign in support of the proposition, according to Ballotpedia. The campaign’s total contributions stood at $181.4 million as of Sept. 4, making it the highest-funded ballot initiative campaign in California history.

«Previous Post
American Airlines to slash 40,000 jobs through October»Next Post
Have Your Fork and Eat It Too: Edible Cutlery Gains Foothold in Indian Market