An Egyptian diver pops the question to his Spanish girlfriend in a novel way.
By Basant Essam September 18, 2020
Facebook
Twitter
Linkedin
Email 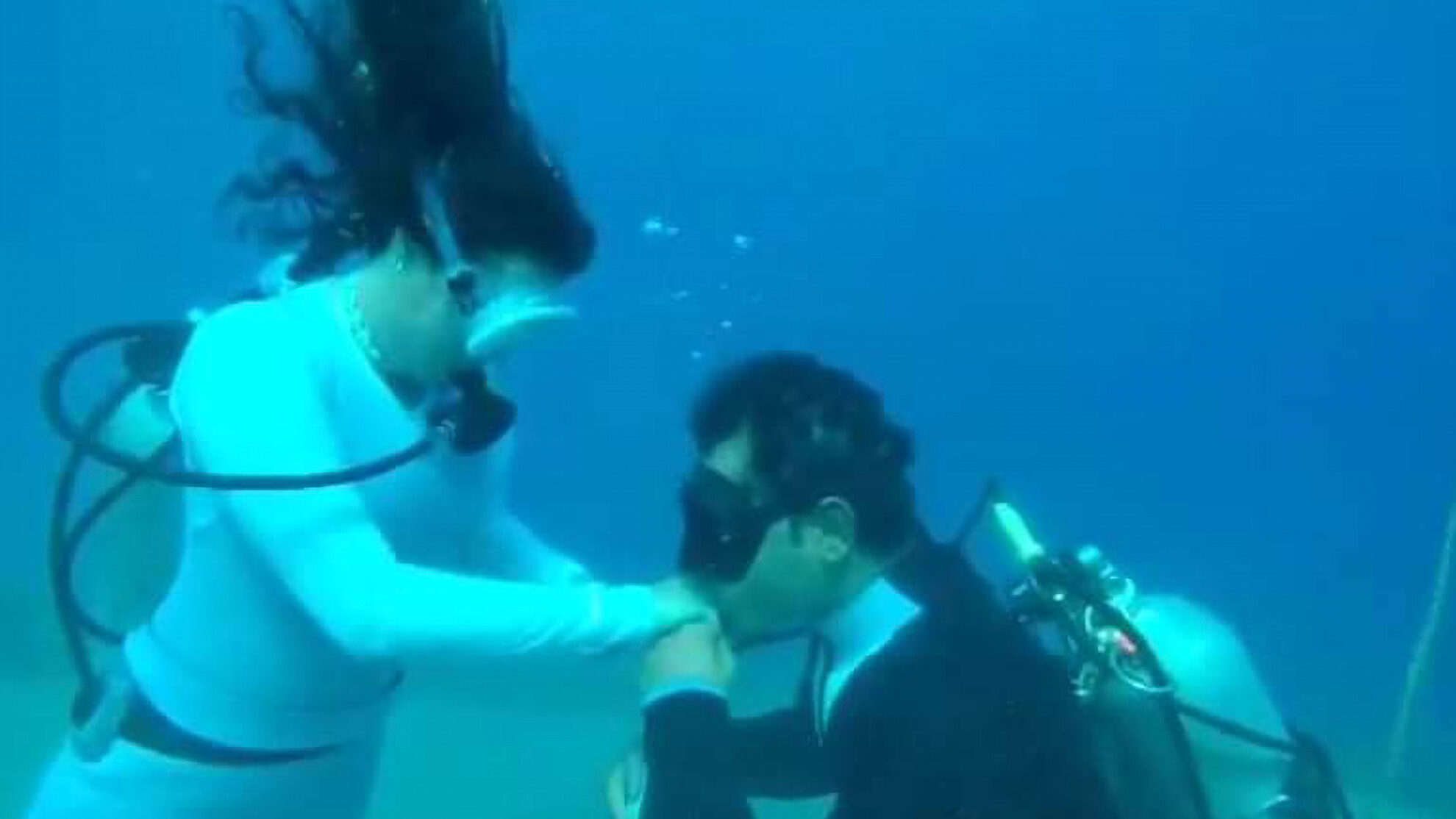 Killany and his fiancee diving underwater and celebrating their proposal. (Saddam Killany/Newsflash)

With the spread of Covid-19, requisite social distancing is required — even underwater.

That’s how an Egyptian diver proposed to his Spanish girlfriend. And to respect safety precautions, they maintained social distance in the Gulf of Aqaba at the northern tip of the Red Sea.

Scuba diving instructor Saddam Killany and Dr. Beatriz Legorburu met in Egypt last year, and the proposal took place in the coastal town of Dahab on the Sinai Peninsula in Egypt. The area is considered one of the region’s most popular diving destinations.

Even though there is no suggestion that the virus can be transmitted in water, the couple were told to stay apart. Only the photographer and another friend were allowed to join them when Killany proposed — figuratively speaking.

Killany took his intended’s hand, kissed it, and then put a ring on her finger. Killany also designed the couple’s wetsuits to resemble a typical wedding dress and groom’s suit, which were made by a local company.

The couple met when Legorburu went for a scuba lesson at the dive center where Killany works.

“I always knew she was the best, and I was right, so I asked her to marry me,” said Killany, who spent 100 hours and 20 minutes underwater in 2017 in an attempt to set a world record.

Their friends “were anxiously waiting for us to get out of the sea,” he said, to ensure the future bride said yes.

The pair has plenty of ideas for their future wedding, but no fixed plans yet. They did what was possible now, and will throw a big party when it is allowed.