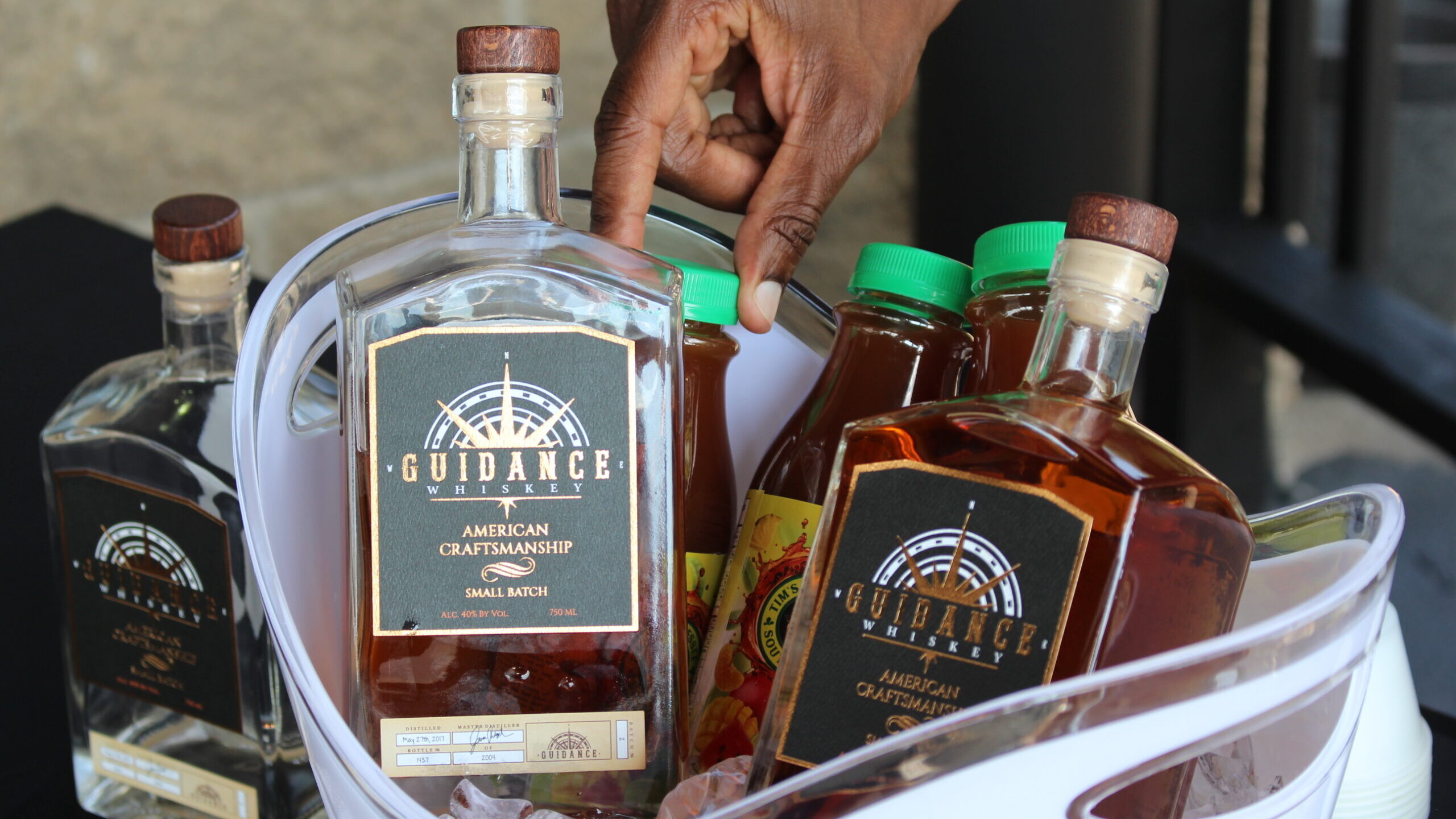 NASHVILLE—Black-owned brands are suddenly in demand, and serial entrepreneur Jason Ridgel is in high spirits after sales of Guidance, a whiskey brand he owns, skyrocketed in recent months.

Guidance is making a name for itself as one of the few black-owned premium craft small-batch whiskey brands available for purchase online and in stores in Tennessee, Kentucky, Florida, Georgia and California. It’s part of a growing black-owned spirits movement.

Since launching in 2018, Guidance Whiskey has made its product available for purchase online in 43 states. The company recently inked a deal with Kentucky-based distributor Legacy Wine and Spirits, which helped expand its availability in stores to 50 retail locations in five states.

“I was told ‘no’ by a bunch of distributors,” said Ridgel, who developed his product with the idea of appealing to the unique taste preferences of African Americans. “They told us that would never sell because the market was saturated and there are tens of thousands of spirits.”

Based in Nashville, Tennesse, near the Jack Daniel’s whiskey distillery in Lynchburg, Guidance received its big break in June 2020 when it partnered with black-owned distributor Legacy Wine and Spirits. The partnership expanded Guidance’s distribution to 10 stores in Kentucky.

Ridgel’s success is part of an up and coming black-owned spirits movement. There are dozens of black-owned liquor brands in the U.S. but many have yet to gain entry into the mainstream. They are often shut out of the distribution deals needed to place them on store shelves.

Both companies are supporting the initiative equally with a combined pledge of $5 million to help create the Nearest Green School of Distilling, develop the Leadership Acceleration Program for apprenticeships, and create a Business Incubation Program focused on providing expertise and resources to African Americans entering the spirits industry as entrepreneurs.

Uncle Nearest Premium Whiskey honors the first known black master distiller, Nathan “Nearest” Green. The Nearest Green School of Distilling at Motlow State Community College in Tullahoma, Tennessee is awaiting approval from the Tennessee Board of Regents. They could begin classes as early as fall 2021, according to the company.

Legacy Wine and Spirits owners Kelvin Young Sr. and DJuan Ditto say they want their platform as black-owned distributors to be a gateway for up and coming brands.

“Once we met with Jason and actually had a conversation about his vision for Guidance and the whole black-owned spirits movement, we knew that we definitely wanted to play a part in that and also be a distribution partner for Guidance,” Young said.

Ridgel said he created Guidance Whiskey to offer customers a different taste, which he describes as “no heat.”

“I wanted to change it to fit our pallet,” said Ridgel.  “Black people always have a different take on things. The spirit industry has been missing that creativity that comes from our people. You see it in the music industry, in the arts and in sales, but in liquor, we don’t have a lane.”

A graduate of Tennessee State University, Ridgel is a serial entrepreneur who started his first business at age 23. He has launched companies in the janitorial industry and medical equipment sales. He became interested in whiskey after seeing an opportunity to change the perception of what it means to be a Tennessee whiskey.

Ridgel chose the name Guidance, defined as “infinite wisdom that enables excellence,” as a reference to ancestors who pass down treasures throughout the generations.

“Our grandparents, parents, aunts and uncles pour into us. Nothing that we create now would be possible without them, so Guidance seemed like the perfect name,” Ridgel said.

Ridgel funded the launch of Guidance using his own money.His first steps were finding a distillery partner and a signature taste.

Comprised of 88% corn, 10% rye and 2% malted barley, Guidance is made at a distillery in Iowa and aged for 24 months. Guidance’s website describes its taste profile as “dominated by smooth front-end vanilla with a light and smooth experience in the middle” followed by a “long, smokey finish.”

Ridgel describes Guidance as “love in a bottle.”

“When you start with liquor it’s hard to figure out what you like but you know what you don’t like,” said Ridgel. He used to go out with friends who would buy him a shot of whiskey, which he would pretend that he liked. “Really my mouth would be on fire,” Ridgel said of the experiences that led him to create his signature taste.

While Guidance is available for purchase on its website for $64.99 per bottle, Ridgel said an important part of his strategy to grow the brand is to have it available in restaurants, bars and private clubs where customers can buy it by the glass. Guidance partnered with Nashville-based DET Distributing Company for sales in Nashville-area restaurants in 2019.

Future plans for Ridgel include mentoring other entrepreneurs and establishing Guidance as a brand that will last for years to come. Online sales of Guidance doubled in the months of May, June and July 2020, and Ridgel is focused on working to ensure that his brand will survive beyond the recently renewed interest in black-owned businesses.

“We are in the game of respect,” Ridgel said. “If we become a respected brand it makes it easier for us to help other brands. There is more recognition and support of black-owned businesses right now; we want to keep it that way.”

«Previous Post
VIDEO: Want to Stay in Shape While Stuck at Home? Yanet Garcia Goes Viral Showing How»Next Post
Have Your Fork and Eat It Too: Edible Cutlery Gains Foothold in Indian Market