VIDEO: Firefighters Drive Through Wall of Flames to Escape Wildfire 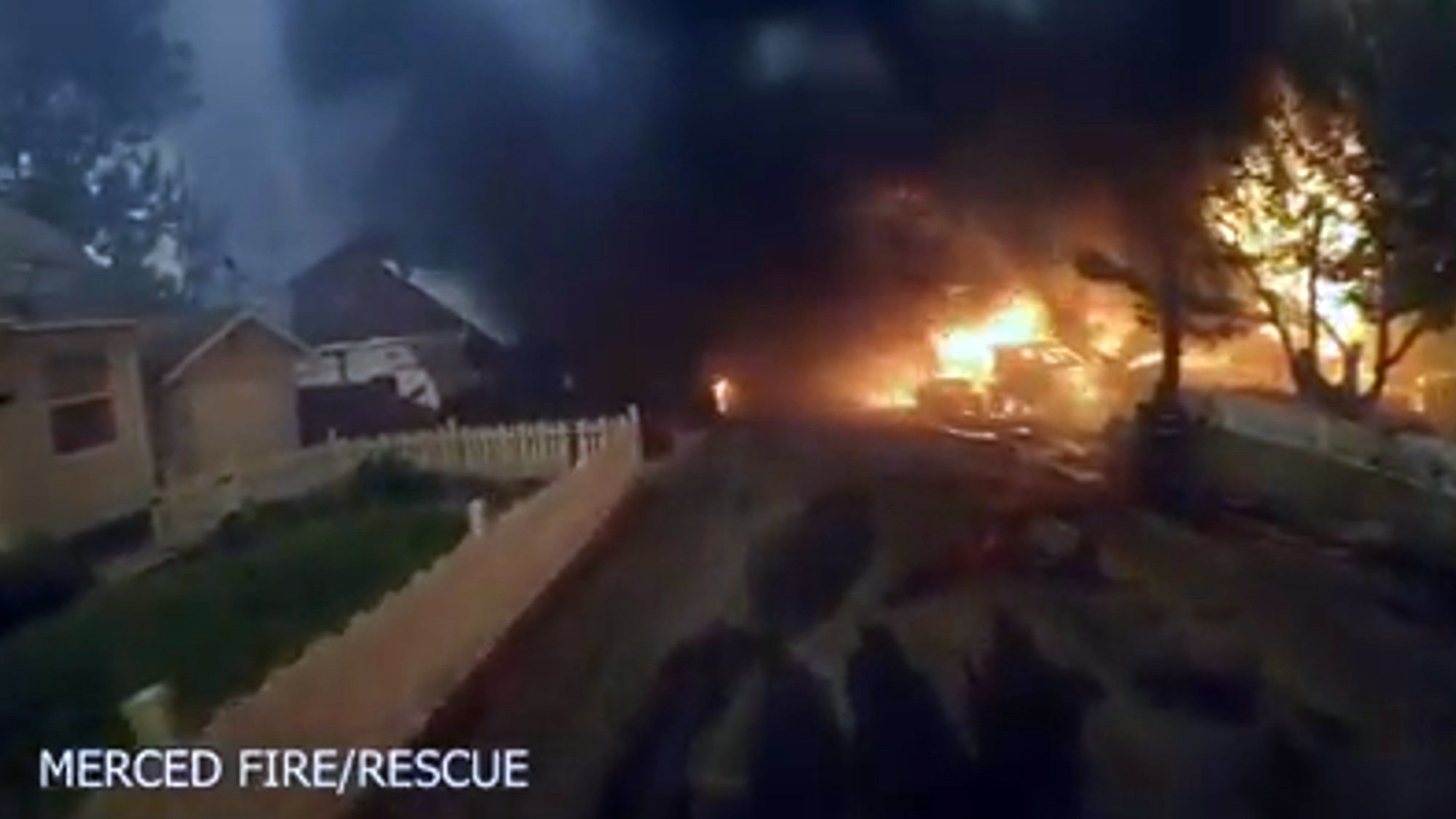 A neighborhood burns in Merced, CA in an undated photograph. (@MercedFire/Newsflash)

MERCED, Calif. – Just-released footage from the Merced City Fire Department vividly shows the dangers firefighters throughout the West face in trying to knock down massive wildfires plaguing the region.

The new footage is from the beginning of the month, when the Merced firefighters were just taking up the task of battling what’s known as the Creek Fire in Sierra National Forest. The fire, which started Sept. 4 and is still raging, is located along the San Joaquin River, about 15 miles east of Merced County, California.

One particularly harrowing clip shows a Merced fire engine crew being overrun as the blaze makes its way through an unidentified residential neighborhood, and having to drive through what they described as “a wall of flames” to escape.

Bodycam footage also shows a firefighter frantically spraying water at the encroaching inferno before pulling out an ax and dismantling the flames beside him. Crews are also shown coming very close to the blaze as they make their way through thick smoke to try to protect homes.

Captioning the video, Merced FD wrote: “It is hard for our firefighters to put to words what their feelings are sometimes. They work hard and right to the edge of danger, at times they are able to save homes and other times they are overrun. It breaks their hearts when the fire wins.”

The Creek Fire has burned 220,000 acres and is 18 percent contained, according to the latest information from Cal Fire, a government agency tracking blazes in that state.

The Creek Fire is one of 79 wildfires currently raging in the U.S., the National Interagency Fire Center reports, with the majority clustered in four western states: California (22), Idaho (13); Oregon (12) and Washington (11).

Despite the large number of wildfires to flare in recent weeks, firefighter deaths have apparently been rare. Thus far, the U.S. Forest Service has only recorded one such fatality during the current spate of fires – on Aug. 31 in Mendocino National Forest.