Working-class beats broke into the mainstream. 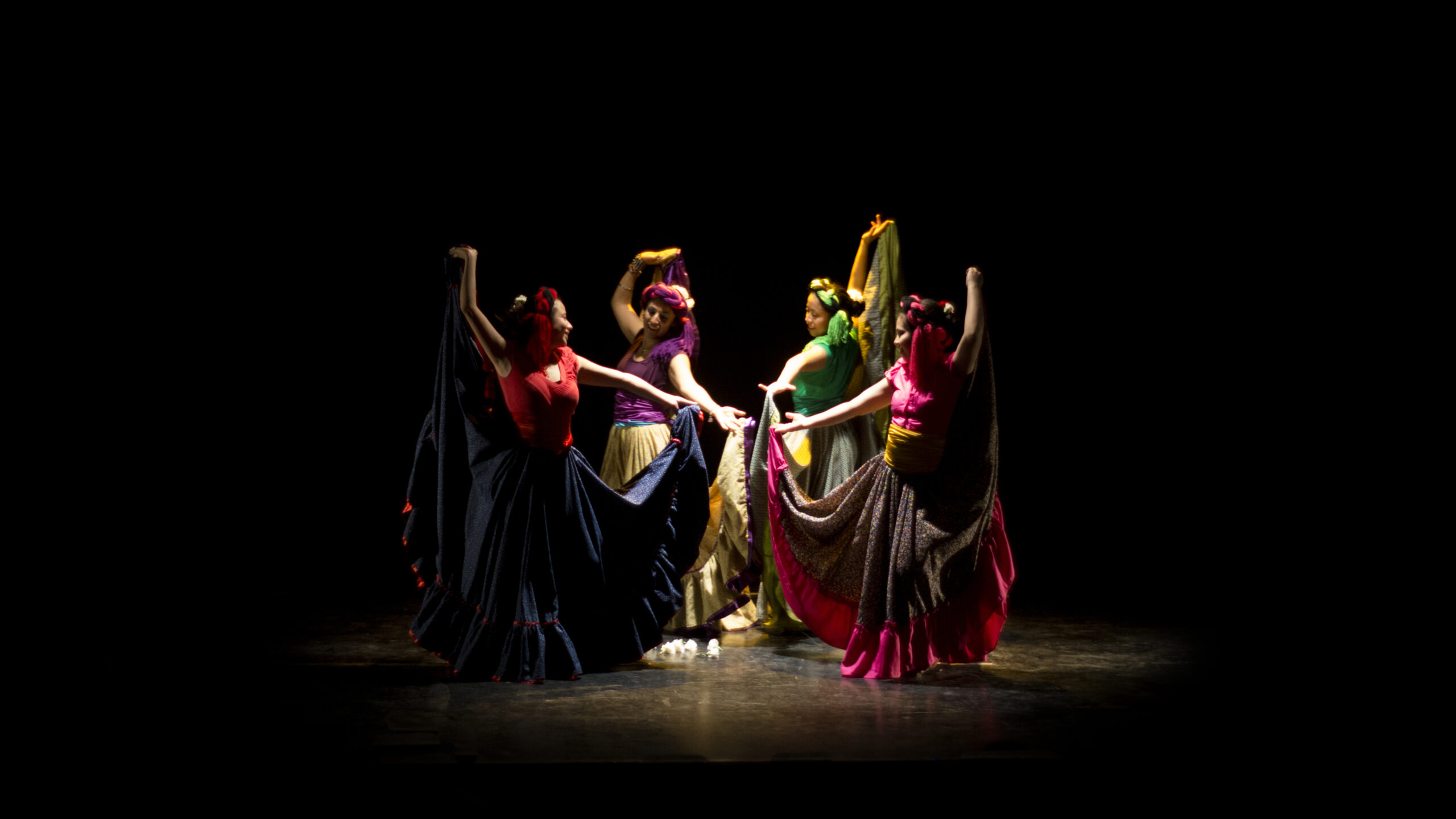 Four women dance in the Cumbia style in an unknown location on May 26, 2012. (Omar Báez Camarena via Flickr)

There’s an expression used in Mexico to point out a great song: “Hey, just listen to that cumbión!”

Although it sometimes carries mock or admiration overtones, cumbia is a folk genre and dance here to stay. Cumbia arrived first in Monterrey, Mexico, along with thousands of migrants looking for a better life.

In the words of anthropologist José Juan Olvera-Gudiño, “Cumbia came with lower-class workers” who settled in “the skirt of Monterrey’s Loma Larga four decades ago.”

They brought a mix of rhythm, aesthetics and cultures. Singer-accordionist Celso Piña, one of the most important musicians in the cumbia genre, pioneered the composition and interpretation of Colombian rhythms, such as the cumbias and vallenatos, in the 1970s.

But the genesis for the music was African slaves and their descendants.

It became popular on the Atlantic coast of Colombia and evolved into multiple types and rhythms in nearby areas. Colombians were not the first to record cumbia. The genre arrived and became successful in Mexico, first recorded in 1940. Having cumbia records marked the beginning of its fame and visibility. The first cumbia song professionally recorded was the Cumbia Cienaguera by Luis Carlos Meyer.

Monterrey’s style of cumbia is similar to Colombia’s. Between 1960 and 1980, Monterrey experienced unplanned growth. Plus, given its proximity to the U.S., its urban music, clothing, food, culture and traditions have been influenced by and influenced America.

Monterrey adopted cumbia as a piece of identity, not just a musical taste.

For years, those who identified with this genre imitated Angelenos’ casual dress code. These people were called “the Colombians.” Monterrey’s “most prestigious” social classes made fun of them, committing open acts of discrimination and classism. But cumbia raised its voice and refused to be silenced.

Cumbia fans developed, diversified and included this rhythm in their parties, with their “sonideros,” or DJs, playing it. Sonideros also embraced ska, reggae, hip hop, and in recent years, reggaeton.

In the 1940s, cumbia expanded, achieving commercial prestige throughout Latin America. It became a popular and indelible cultural mark. By 1980, cumbia was accepted and heard everywhere. Today, one can imagine cumbia enjoying popularity from Canada to Paris.

The Mexican movie “Ya No Estoy Aquí” — “I’m No Longer Here,” in English —  tells the story of a gang from the southern part of the country that escapes violence by dancing to cumbia. Another reference is the Cumbia Top 10 Mexico on Spotify. At Mexican parties, such as weddings, quinceañeras, patron saints’ festivals or Christmas, families and friends dance to the rhythm of the “crazy” and traditional cumbiones until the night ends and the sun begins to shine.