Don’t Pooh-Pooh This: Zoo Helps Hippos Swim with the Fishes

A carefully curated selection of fish makes the hippos’ habitat more like the wild. 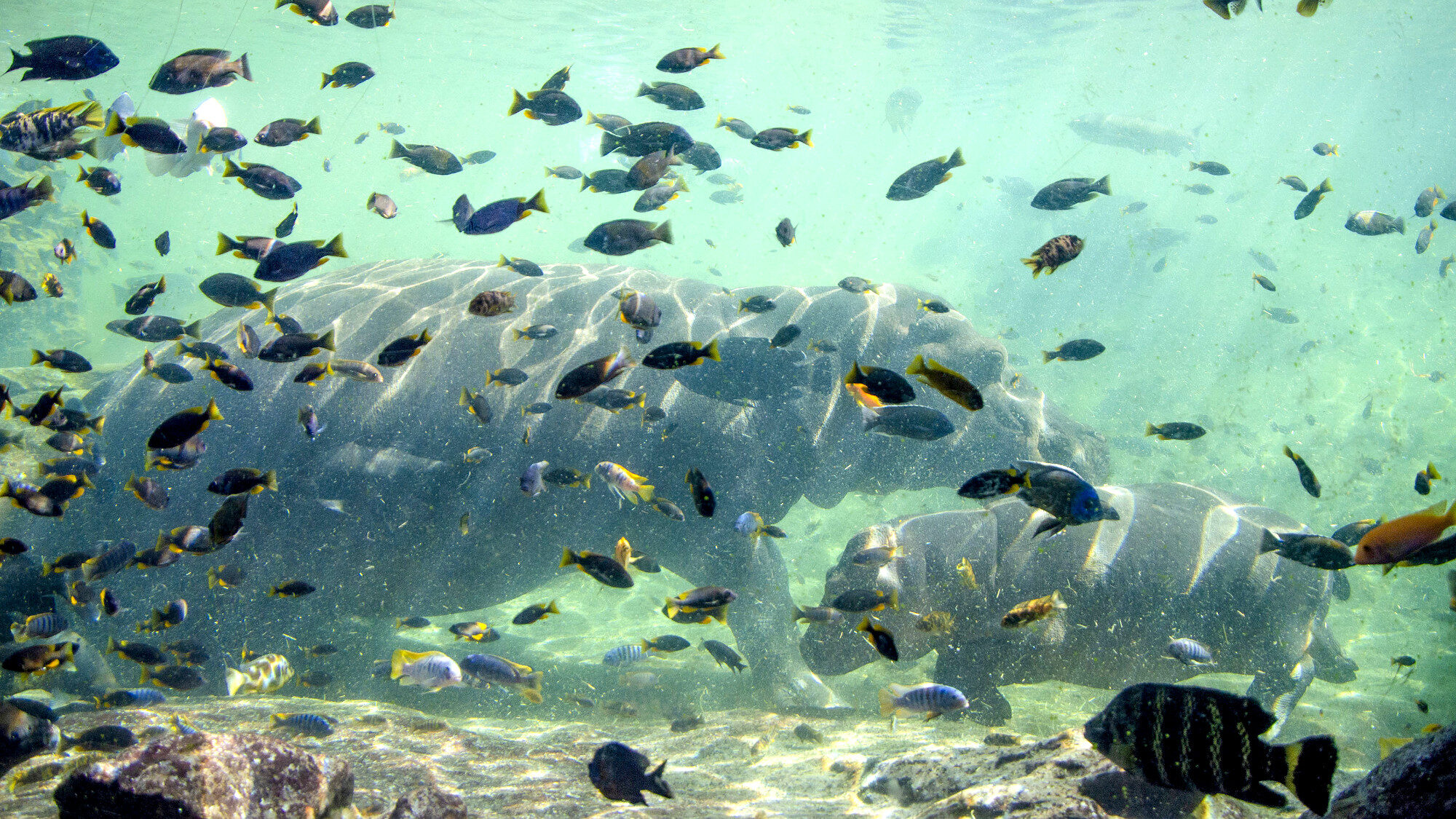 Gori, the baby hippopotamus of BIOPARC Valencia swims in Valencia, Spain in an undated photograph. (BioparcValencia/Clipzilla)

VALENCIA, Spain — Caretakers at a Spanish zoo have come up with a way for its hippos to feel more at home by creating a pool that includes a variety of fish found in the species’ native habitat in Africa.

The staff at the Bioparc Valencia Zoo celebrated the completion of that project in its Kitum cave aquarium by releasing a video of a baby hippopotamus, Gori, and his mother, Rigas, celebrating the male calf’s three-month birthday by frolicking in the pool among several schools of fish.

The biggest challenge the staff faced in stocking the pool with fish was figuring out what to do with the vast amount of poo the hippos produce when swimming.

Although hippos are vegetarian, and would not eat the fish, they still posed a substantial threat because their dung is toxic to some fish.

A study carried out by Milwaukee Zoo in the United States involving weighing the difference between a pool of water before and after a hippo had been living in it found that they produce 400 pounds (180 kilograms) of poo a day – and almost all of it is only passed on when the hippo is wallowing in water.

That’s because they spend most of the day eating grass, and then move to rivers and lakes where they lay in the water while they digest their food and then defecate. (The water also supports their vast bulk, and keeps them cool.)

A 2018 inquiry into how the hippos’ presence in a river impacts other creatures was published in the research journal Nature Communications. That study, done in the Mara River in east Africa, found that vast numbers of fish were being killed downstream by hippo poop.

A park spokesperson told Zenger News that the secret was to introduce several specific species of fish known to coexist in a symbiotic relationship with the ecosystem of the hippos’ African homes, including Lake Albert, Lake Malawi and Lake Victoria.

“Each of the fish species fulfills a specific function in a perfect recreation of the African wetland habitat,” the spokesperson said. “The African cichlids (cichlidae), corresponding to those in Lake Malawi, together with another freshwater fish, the tilapia, feed off the dung of the hippopotamuses while keeping the pond clean, while the labeo coubie feed on the dead skin as it flakes from the hippopotamus, keeping their bodies clean.”

Indeed, the zoo footage shows particles of fiber from the dissolving hippo poo floating in the water but quickly consumed by fish.

Zookeepers say making the swim more engaging and natural for the hippos was especially important during lockdown, when Gori was born and the zoo was closed to visitors. It has since reopened.

The calf was named Gori after his zookeeper’s father, who died during the closure, His birth was highly celebrated since the species is listed on the International Union for Conservation of Nature Red List of Threatened Species as “vulnerable.”  thanks to such threats as a loss of habitat and being poached for their ivory teeth.

The hippopotamus is the third-largest land mammal, after only elephants and some rhinos. An adult male hippo can reach 1,500 kilograms (3,310 pounds) in weight and females up to 1,300 kilograms (2,870 pounds).