Activists rejoice after a seven-year battle and numerous protests. 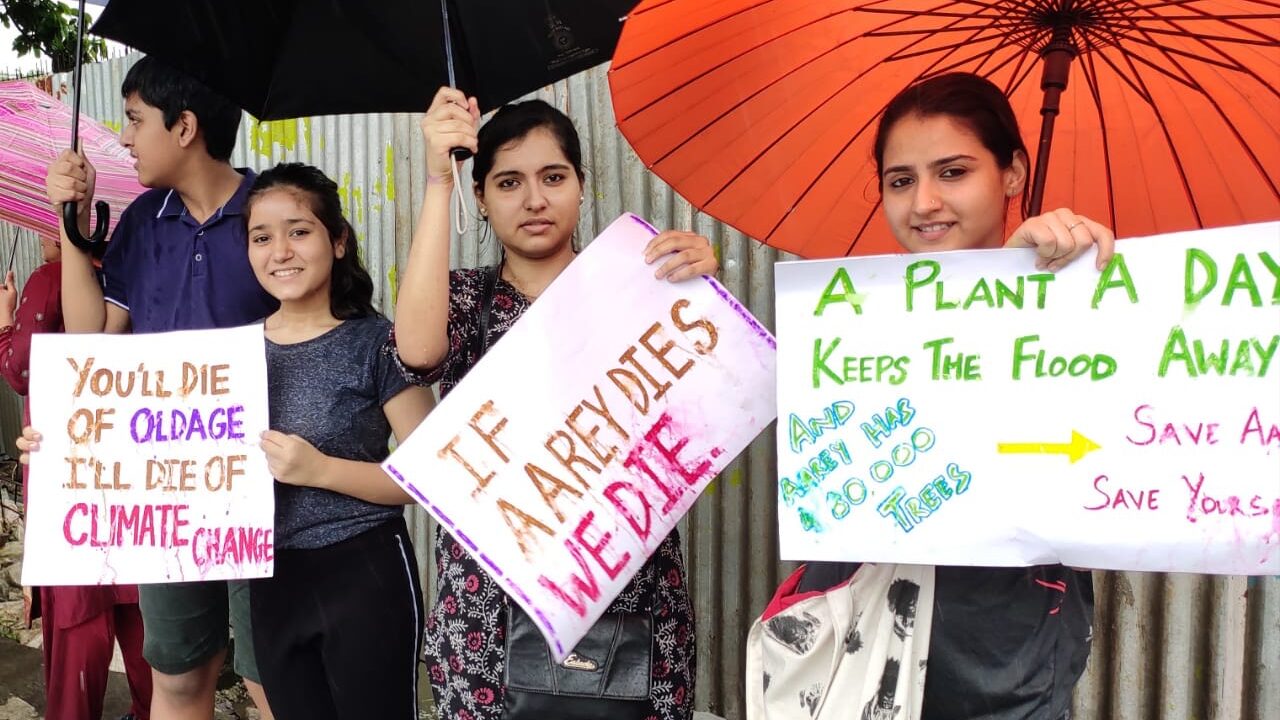 After a seven-year battle with green activists, Mumbai Metro Rail Corp. Ltd. has stopped work at a rail car depot site inside Aarey , a heavily forested area in the western suburbs of Mumbai.

The recent halt to construction has prompted cheers among activists who had protested the project they feared would destroy much of the treasured vast green space.

The depot is part of the 20-mile underground rail — Mumbai Metro Line-3 — that will connect the city’s southern tip to its western suburbs.

The line was expected to open in December 2021. However, the pandemic has delayed construction and likely the completion date. The corridor is planned to run along the Colaba-Bandra-SEEPZ and will have 26 underground stations. Aarey — the 27th station — was marked as the depot to park and service the metro rakes.

“The clearing of the construction material indicates the area will not be used for the car shed,” said Stalin Dayanand, an environmentalist from the Aarey Conservation Group.

The group has been at the forefront of the battle to save the forest from destruction “It has brought immense satisfaction and relief to all of us. We kept going on, finding documents and other proofs to make our point. It is one of the longest battles fought by environmentally aware citizens that have seen success.”

Aarey is a vast area of diverse flora and fauna.

“There are over 77 species of birds in Aarey — the hoopoe, Indian roller, grey hornbill, chestnut-tailed starling, rosy starling, spotted owlet and the glossy ibis — within the heart of the city,” according to the conservation group.

“There are 34 species of wildflowers, 86 species of butterflies, 13 species of amphibians, 46 species of reptiles – several of which are listed under the Schedule II of the Wildlife Protection Act. Also, the leopard is one of the 16 species of mammals that have been documented in Aarey.”

Disha Singh, who lives in the area and has been closely associated with the group. said, “Aarey is not just a forest, but an ecosystem. It is one of the few city forests in the world. There are huge advantages of such forests. One can feel a distinct drop in the temperature when in its vicinity.”

Recently, the Maharashtra government announced it will declare 600 acres of Aarey as a reserved forest. This area, however, does not cover the rail car shed site.

“The government’s recent decision to reserve 600 acres of the Aarey as a forest brought a lot of assurance to us,” said Singh. “The activities to clear the car shed area has further reassured us that the plan to build it has been halted. The government has already started looking for alternative sites. However, we would be assured completely once such a site is found, and the new route is announced.”

Aarey has faced many threats over the years, including illegal encroachments. The Save Aarey movement gathered momentum in 2014, when the metro rail corporation stuck notices on the trees that were going to be cut to make way for the proposed car shed. Citizens filed their objections with the city’s Tree Authority and also approached the High Court with a Public Interest Litigation.

Over the years, the conservation group expanded and the movement gained popularity among the city’s youth, who protested in huge numbers, and other concerned citizens as well.

“I had come to know about this citizens movement through social media,” said 59-year-old Nimish Malde, who says he is a nature lover. Malde has been a part of the conservation group since its early days. “I went for one of the meetings and continued to be a part of it. It is rare to witness such a movement continuing for so many years and flourishing with the young and old coming together.”

Aarey is often described as a green lung for the concrete jungle of Mumbai.

“We are feeling victorious today, but our fight to protect the Aarey forest will continue,” said Malde.