Chennai, which has factories of Ford and BMW, is running out of water very fast. 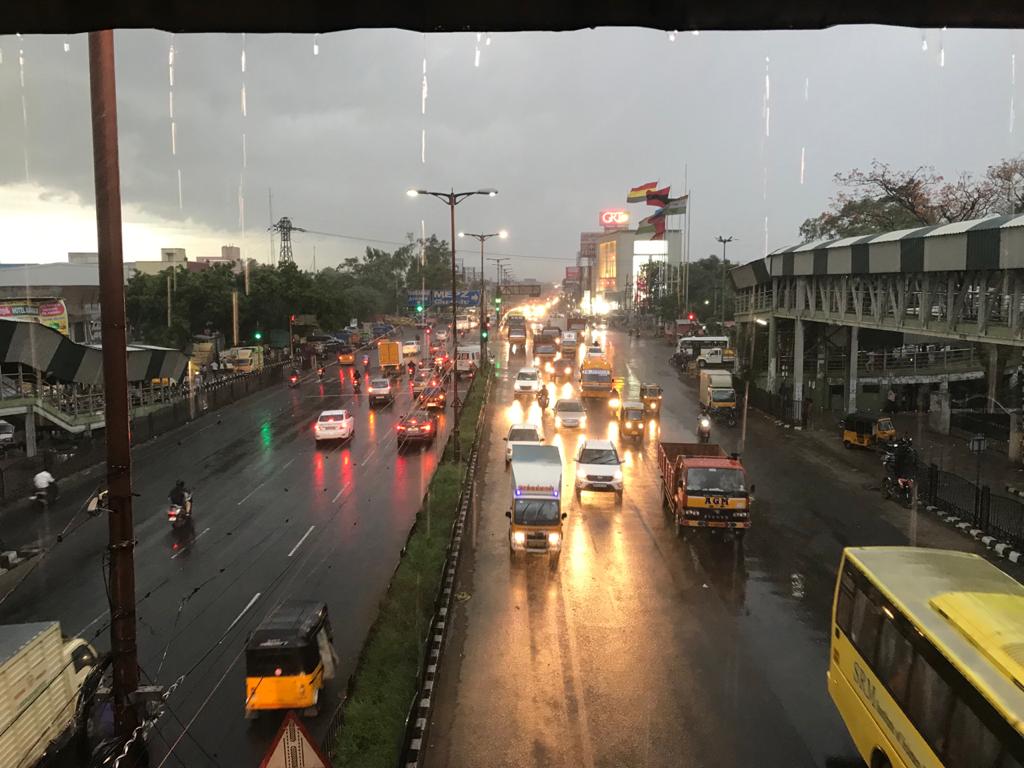 Chennai, known as "Detroit of India", during the monsoon in 2019. Courtesy: Hariharan Raman

Chennai, known as the “Detroit of India” because of the many international carmakers that have factories there, is facing a water crisis.

The city of 7 million on the Bay of Bengal in eastern India, is home to auto giants Ford, BMW, Daimler, Nissan and Mitsubishi, among others. It is the capital of Tamil Nadu state, where last year water sources ran dry.

On June 19, 2019, declared Day Zero by local officials, there was no water left in the city after an insufficient monsoon and all the nearby lakes running dry. Hotels and restaurants were shut and water had to be supplied in tankers from other parts of the state.

So far this year, the state has seen an increase over normal rainfall of 40 percent, with 384.2 mm (15 inches) of rainfall between June 1 and Sept. 15, according to the Indian Meteorological Department. However, that is providing only temporary relief.

While water levels in lakes around Chennai are higher than in  2019, four are still at half  capacity.

The total capacity of these four lakes, Poondi, Chembarambakkam, Red Hills and Cholavaram, is 11,257 million cubic feet. Currently they have 4,028 million cubic feet, according to the Chennai Metropolitan Water Supply and Sewerage Board.

In 2019, the water level had fallen to about 16 million cubic feet.

Rapid urbanization is a primary reason for this crisis, said Nityanand Jayaraman, a local environment activist.

“Light rain and heavy rain — both are bad for Chennai,” he said. “One will cause flood, the other will lead to drought.”

In her book “Rivers Remember” in 2019, the result of a three-year investigation,  journalist Krupa Ge wrote: “Loud calls of ‘thanni vandaachu’ to announce the arrival of Metro Water lorries, resound across rich and poor neighborhoods, especially in summer.”

“Chennai is doomed even without climate change,” said Jayaraman. “Technology parks have been built on lakes. Chennai lacks open spaces. Climate change has only made matters worse.”

In addition to the automobile industry, Chennai is home to several international information technology companies, including Cognizant, TCS, Infosys and Accenture.

Arun Krishnamurthy, founder of the Environmental Foundation of India, said because of this rapid expansion, all channels leading to water bodies are clogged or have been built over.

“If the monsoon in 2020 turns out to be normal, lakes and ponds will get filled,” he said. “But the problem is that water bodies are clogged. This leads to waste of water. We have to overcome that.”

“After last year’s drought, my trust, Akash Ganga, started getting more than a dozen calls each day about installing rainwater harvesting systems in buildings across the city,” he said.

“We are so dependent on the rain that the only option we have is to harvest it to save us from drought,” said Raghavan. “If it does not rain one year, there will be a drought-like situation next year.”

Rainwater harvesting is only of the several solutions that Chennai should look for, said Jayaraman.

“You cannot build a house on a lake and then talk about harvesting rainwater,” he said. “Rapid urbanization without considering nature’s limits is the reason Chennai has been facing a serious water crunch.”

Raghavan said the stormwater drainage system is another problem.

“The stormwater drainage system will send all the rainwater to the sea and then the government has to desalinate the water to bring it to our homes,” he added. “In this process, a lot of rainwater is not harvested.”

Raghavan said the most important thing is for the government to acknowledge that there is a crisis.

Even as the government and experts try to figure out how best to save India’s fourth-largest metropolis and industrial hub, Chennai might be staring at a rather dry future.