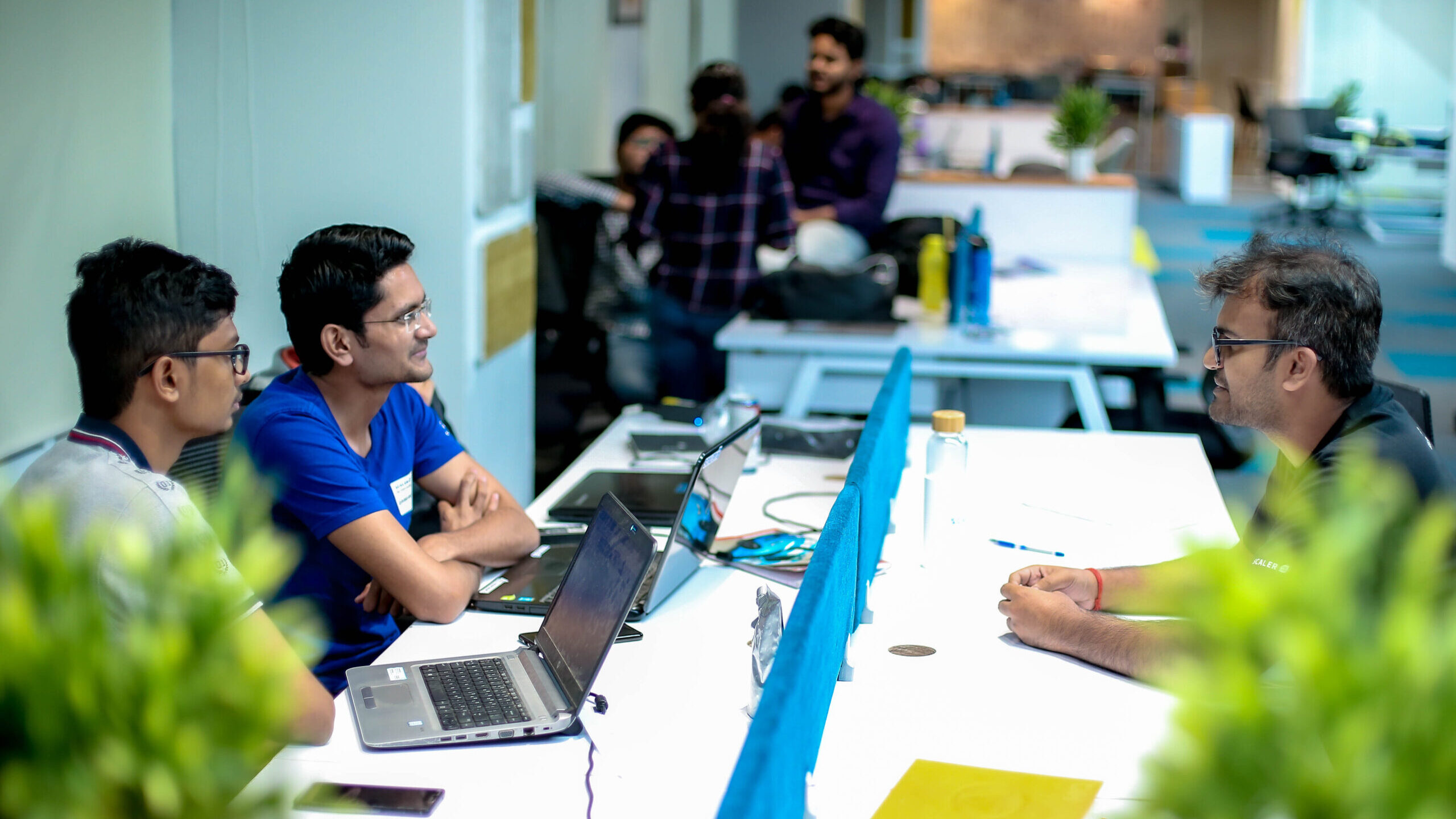 Participants interact with each other at Hackathon hosted by InterviewBit in Bengaluru in January 2020. Courtesy: InterviewBit

India’s education technology industry has raked in over $1 billion during the first six months of the current financial year from the likes of Silver Lake Partners, SoftBank, and Sequoia Capital, among other venture capital firms.

Bengaluru-based Byju’s raised $500 million in a private equity funding round led by Silver Lake on Sept. 8. With its valuation jumping to $10.8 billion, the startup has earned decacorn status — companies valued at over $10 billion. It is also the world’s most valued ed-tech company.

Other Indian companies in the ed-tech space, including Vedantu, Toppr and Unacademy, have also received huge investments recently. Unacademy’s valuation jumped to $1.45 billion on Sept. 2 after a $150 million funding round led by SoftBank’s Vision Fund 2. It is India’s second ed-tech startup to enter the unicorn club — companies valued at over $1 billion.

“With the country’s ed-tech startups growing at 55 percent, the market has become a hot sector for venture capital investments,” said S. S. Mantha, former chairman of the regulatory All India Council for Technical Education and the current chancellor of K. L. University, Andhra Pradesh.

Mantha, who is also on the advisory board of a few ed-tech startups, said the gross enrollment ratio (percentage of the official school-age population corresponding to the same level of education) of 96 in primary education, 64 in secondary, and 25 in higher education has been disrupted due to the pandemic.

“Therefore, the internet has become the natural source of education and will remain so in the times to come,” he said.

The recent boom is not limited to K-12 or higher education. Online courses for professionals have also gained traction.

“With furloughs across every business sector, the professionals have realized the importance of upskilling more than ever,” said Abhimanyu Saxena, co-founder of InterviewBit. “The recent funding from the investor giants have helped us go bold and take much bigger bets.”

Cashing in on the rising pro-technology sentiment among Indian parents, Byju’s acquired WhiteHat Jr., an ed-tech startup offering lessons in coding to early childhood students in India and the U.S.,  in a $300 million cash deal on Aug 5. This acquisition made WhiteHat Jr. the fastest, multi-bagger exit story in India’s startup ecosystem.

To stay relevant in the market, ed-tech companies are coming up with newer methods to attract learners and parents.

“The ed-tech companies have realized that to stay in business, they must customize learning for each student according to their strengths, needs and interests,” said Mantha. “They have started investing heavily in data analytics.”

Dronstudy, founded by the Indian Institute of Technology alumni Neetin Agrawal and Nikhil Sharma in 2015, offers an AI-based learning platform that creates and provides educational video lectures to students based on their intellect.

“The ML [machine learning] and AI [artificial intelligence] algorithms assess the learning habits of the child through a series of cognitive tests and a student’s interaction pattern with the study material,” said Neetin Agrawal. The firm has a patent registered for its unique learning technology.

“Our system maps the learner’s cognitive ability to the content matrix and offers them easy-to-tough video lectures in real-time. No other ed-tech company in the world has been able to do it,” he said.

While the ed-tech startups believe they have been successful in tapping into the needs for advanced and personalized learning, Mantha thinks the Indian ed-tech space “will see consolidation in the next few years, and probably plateau in three years.”

“Although more than 4,000 ed-tech startups were launched in the last five years in India, I expect 70 percent of them to wind up for lack of innovation, creativity, and funds,” he said.

Once offline schooling resumes, competition might get tougher as companies look for new ways to maintain their winning streak.

“The new normal has to be blended learning — it cannot be completely online,” Mantha said.

“The ed-tech companies would certainly work on creating an emotional connection with the students and faculty,” he said. “They will allow communication through multiple formats; provide active learning opportunities; make learning social and gamify with badges and certificates; provide timely and useful feedback and add self-assessment opportunities.”

Correction: September 17, 2020, 12:51 a.m. An earlier version of this story named upGrad as an education technology firm with significant new levels of investment capital. Those investments could not be verified. Zenger regrets the error.