Proposed Ban on Cow Slaughter in Sri Lanka Could Leave 300,000 Out of Work

Tannery owners and farmers to be severely hit as government eyes privatization. 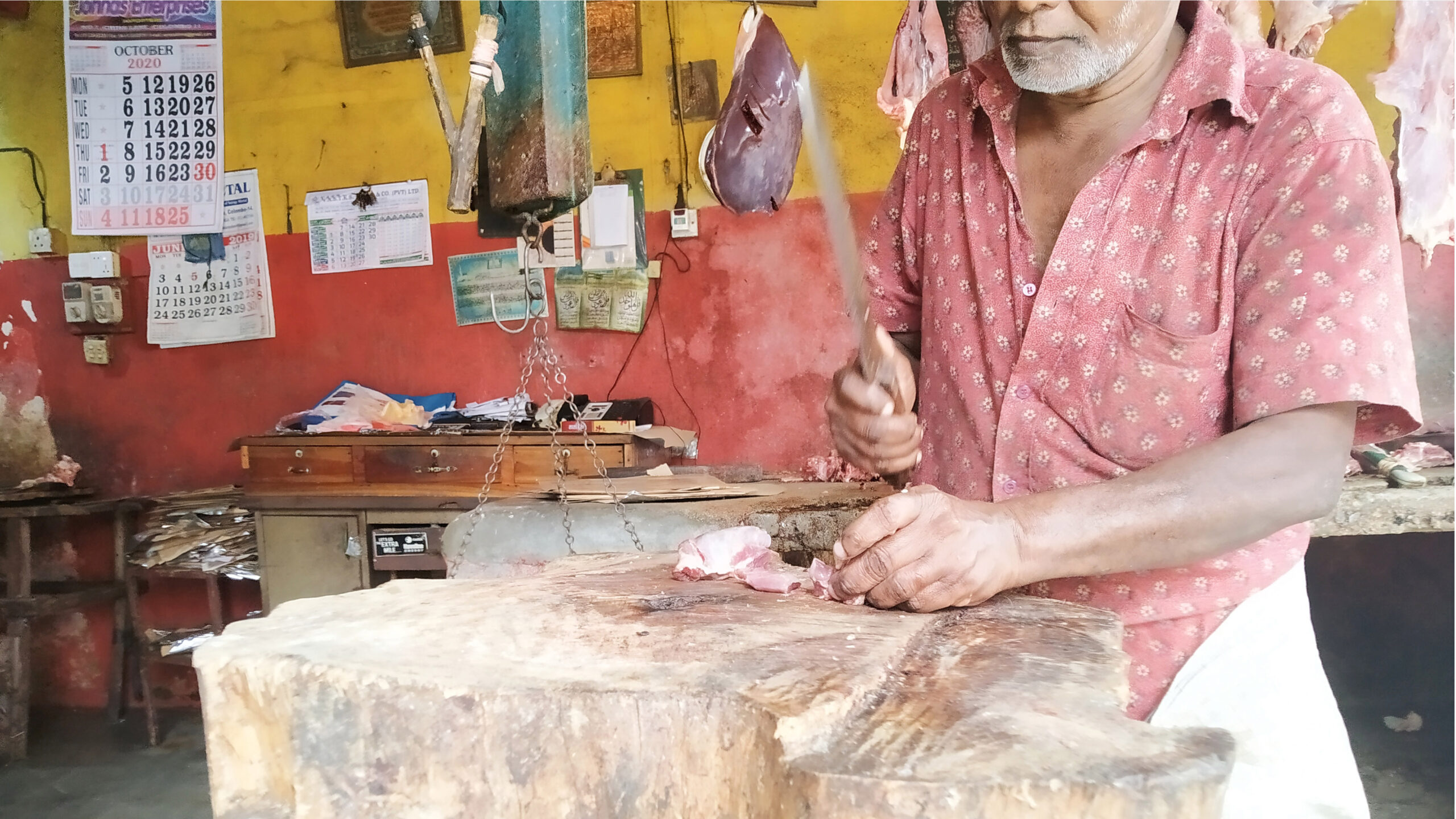 A butcher chops beef at Kotahena in Colombo on September 16, 2020. (Courtesy: Rose Justin)

The government of Sri Lanka is proposing a ban on cow slaughter, citing the protection of the island’s Sinhala-Buddhist culture, whose population helped bring the president and prime minister to power.

Final approval of the bill, delayed for a month, is expected to leave 300,000 people — mostly farmers and leather tannery owners — on the brink of unemployment.

Prime Minister Mahinda Rajapaksa, who is also the minister of Buddhasasana, Religious and Cultural Affairs, received approval for the ban from the parliamentary group Sri Lanka Podujana Peramuna, known as SLPP, on Sept. 8. The proposal cites reasons for conserving the Sinhala-Buddhist culture — the majority population that helped bring the Rajpaksas (president and prime minister) to power. In the Sinhala-Buddhist culture, the cow is a holy being.

The government plans to import beef from other countries, including neighboring India, to avoid any shortage.

“The ban has been postponed till October since the logistics of the imports are yet to be sorted and we don’t want a shortage,” said Keheliya Rambukwella, the Cabinet spokesperson. “There are countries known for their quality beef and the private sector will look into importing from them.”

Concerns about the impact of the ban have been raised from different sections of society.

“There will be socioeconomic problems due to this ban. Not everyone can afford imported beef,” said Harin Fernando, a member of parliament from the Samagi Jana Balawegaya party. “A massive workforce of 300,000 in the leather-producing sector will be unemployed if this happens.”

Owners of leather tanneries say they will be severely hit.

“If there is no cowhide, the leather industry will completely crash,” said V. Ram, proprietor of PPK Velaiyappa Nadar, a leather manufacturer. “The import of raw cowhides is impossible as its export is banned by other countries.”

Ram said though the imports of Wet Blue leather is allowed, it will double the price of finished leather since Wet Blue leather costs $1 a square foot. Wet Blueing is the process of turning raw cowhides into tanned leather using chromium salts.

“The leather obtained from different animals have their purposes because of their stiffness and thickness,” Ram said. “Therefore, it is impossible to solely rely on goats or buffaloes for all the products.”

The accessories in the uniform of the Sri Lankan army use locally made leather from shoe factories. They depend on finished leather from the tanneries and will also be impacted.

“Factories dependent on leather industries, such as shoes and bags, will have a negative effect as they would not have finished leather from the tanneries,” Ram said.

Sri Lankans are, by and large, meat-eaters. However, cow slaughter is opposed by the Buddhists and Hindus. Beef is a staple part of the diet of Muslims and Christians.

Demands have been made in the past by different governments for a complete ban on cow slaughter. The net result was the Animal Protection Act of 1958 (amended in 1994), which prohibits the slaughter of cows, and calves under the age 12, among other things.

“The Buddhists believe in nonviolence but they don’t have special ties with cattle like the Hindus do. If it’s about nonviolence, then all animal killings should be banned,” said Prasad H. Welikumbura, a social and political activist. “The ban cannot be seen as something targeting the Muslims alone. Everyone, especially the local farmers who sell livestock, will be affected.”

Rambukwella said the ban has been in discussions for some time now and the new government thought it was a suitable time to approve it. However, Prasad believes the move is impractical as it will create “unwanted issues” and the current economic conditions cannot afford it.

The government is also ready to launch short-and long-term plans with the private and public sectors to meet the local demand for milk. The policy decisions are expected to increase milk production in the coming decade. Currently, less than 40 percent of the country’s annual milk requirement is being produced locally.

“This ban will also impact the milking cows because we don’t have the proper technology,” said Fernando.