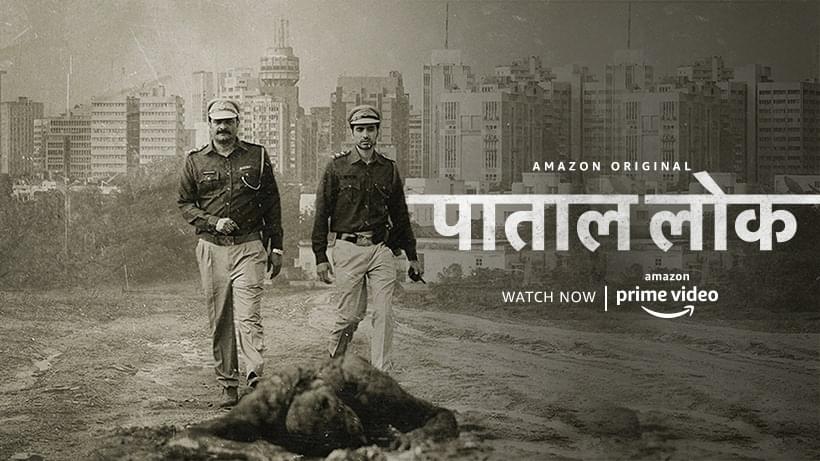 Anushka Sharma, the producer of web series “Paatal Lok” on Amazon Prime Video, landed in trouble after the Gorkha community from Arunachal Pradesh filed a complaint with the National Human Rights Commission over the alleged use of “insulting, demeaning and derogatory” language for a Nepali-speaking woman. Courtesy: Amazon Prime

Streaming platforms SonyLIV and Lionsgate are the latest to sign on to a universal code in India that sets guidelines for age classification, content description, and access-control tools.

The Universal Self-Regulation Code for OCCPs (Online Curated Content Providers) has been adopted by 15 other leading Indian streaming platforms. The code was unveiled by the Internet and Mobile Association of India on Sept. 4 after weeks of discussion among member platforms and the association’s governing council.

“The code lays down a common parameter for all OTT platforms to agree on something acceptable all across the world,” said Vishnu Mohta, chairperson and co-founder of Hoichoi and executive director of SVF Entertainment Private Ltd.

Launched by SVF in Sep 2017, Hoichoi is the first on-demand video streaming platform offering content exclusively in Bengali. It has subscribers in the United States, the UK, Australia, Bangladesh, and the Middle East.

“The code democratizes the entire mechanism of content streaming as it shifts the power to the customer,” said Mohta. “A viewer unhappy with the content can flag it on the system, and we’ll take it forward according to the complaint-reviewing guidelines.”

India’s streaming platforms have seen an uptick in their subscription base amid the pandemic, but they have also sparked debates around their content. Anushka Sharma, the producer of web series “Paatal Lok” on Amazon Prime Video, landed in trouble after the Gorkha community from Arunachal Pradesh filed a complaint with the National Human Rights Commission over the alleged use of “insulting, demeaning and derogatory” language for a Nepali-speaking woman.

“In her response to the legal notice against ‘Paatal Lok,’ Anushka Sharma clarified the racial slur was not used to demean the Nepalis,” said Bikash Bhattarai, president of All Arunachal Pradesh Gorkha Youth Welfare Association. “The show intended to shed light on the ill-treatment of the North-eastern community.”

“Though I found Anushka’s clarification justified, I still don’t approve of the content going up on these platforms without censorship,” he said. “We had written to the Ministry of Information and Broadcasting, demanding stricter censorship. There are viewers of all age groups and the use of slurs and violence shows India in a bad light.”

With their growing outreach over the last few years, the streaming platforms have been controversial among conservative or political groups. Even the Ministry of Information and Broadcasting has tried to push for stricter censorship policies.

Prakash Javedkar, the Information, and Broadcasting minister, on March 3 asked the online streaming industry to finalize a code of conduct and create an adjudicatory authority within 100 days. As the platforms could not reach a consensus, the ministry again intervened in July. This time, it proposed to take over the jurisdiction on online content regulation from the Ministry of Electronics and Information Technology.

“Perhaps, the streaming platforms didn’t want any government interference,” said Komal Nahta, a film trade analyst. “The government had started talking about the need for more restraint on OTT content, so the platforms came up with the code before the talks progressed beyond the ideation stage.”

Mohta, however, said the code is “not a defensive mechanism.” He believes the code is progressive in a lot of ways and as democratic as it gets.

“The goal of this industry-wide effort is to empower the consumers with information and tools to assist them in making an informed choice about their viewing decisions. At the same time, it would nurture creativity and provide creators the freedom to tell the finest stories,” the Internet and Mobile Association said in a statement.

The code says the Information Technology Act, 2000, is the “primary governing statute” for online content. The Act has no restrictions beyond what is prescribed under Article 19(2) of the Indian Constitution.

The code further states that since OTT platforms are on-demand, they constitute a private exhibition that doesn’t fall under the laws applicable for theatrical releases and TV broadcasts.

“When the world is a market, what can the government do? It is not possible to implement one uniform law. No country has been able to succeed,” said Nahta when asked about the feasibility of uniform censorship laws across the entire media-streaming industry.

Not everyone feels the same.

“Take the organized social media campaigns against comedians or content creators. Given the way we are seeing the opposition grow in India — against anybody who doesn’t toe a particular line — we might see stricter censorship from the state,” said Bhanuj Kappal, a writer, podcaster, and independent journalist.

Although the current code claims to “empower the consumers” with more access controls and a better complaint mechanism than before, critics say it will not be very difficult for platforms to circumvent the laws.

“Censorship or content creation doesn’t change because one particular group finds it problematic. The OTT platforms work on the majority,” Nahta said. “They might drop your complaint saying the code doesn’t find the particular series or episode objectionable.”