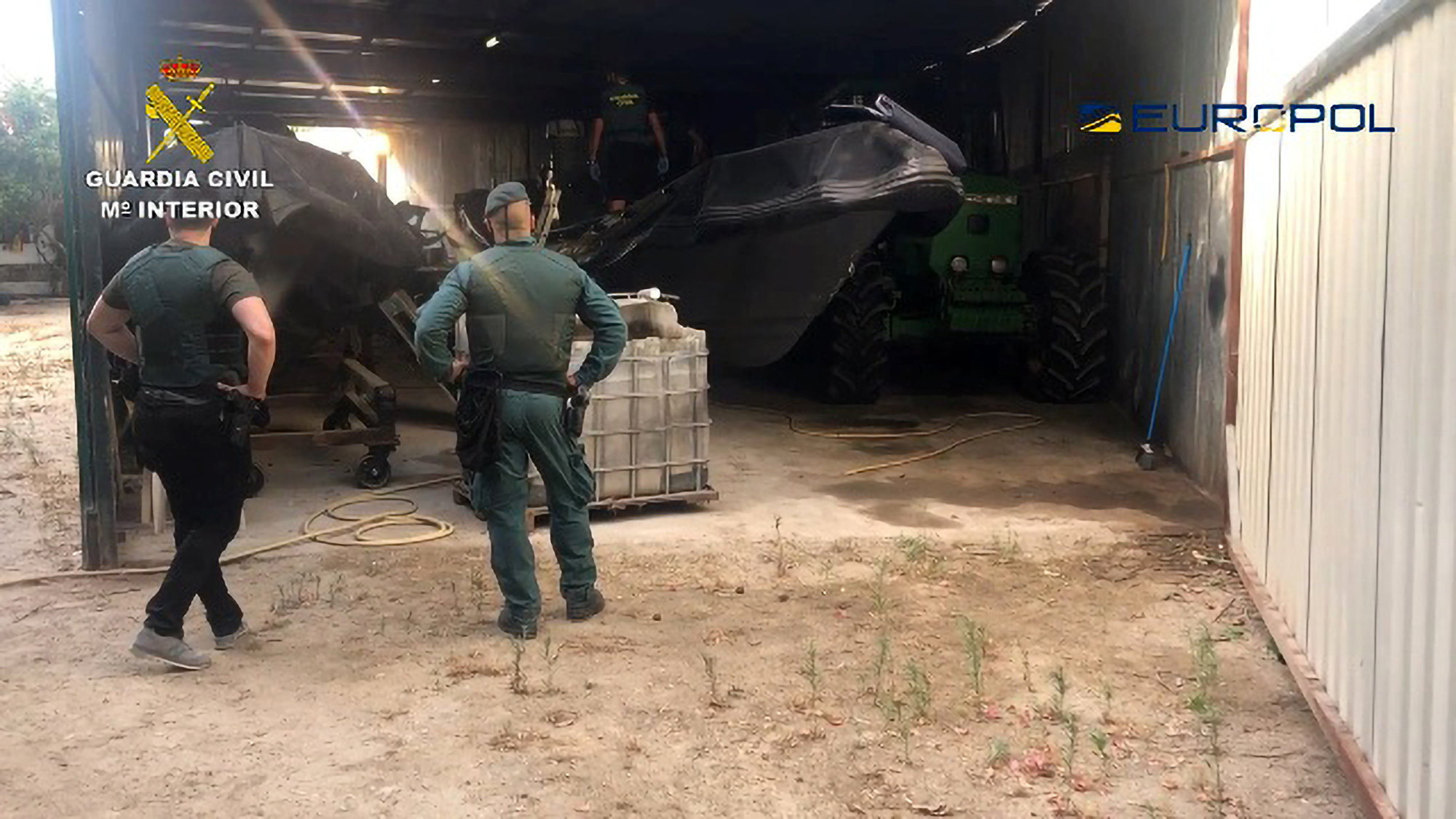 Two Spanish Civil Guard officers look at the boats used by the smuggling gang in an undated photograph. (Newsflash)

Authorities have put the clamps on drug-smuggling gang known as “Los Pinchos,” detaining 64 suspected traffickers and seizing eight tons of hash, six boats and 16 vehicles valued at a total of about 3 million euros ($3.6 million U.S.).

The seizures, which occurred at a variety of coastal locations in southern Spain over the past year, were led by the Spanish Civil Guard in cooperation with Europol. The results of the operation, dubbed “Tortilla,” was disclosed on Sept. 13.

Authorities believe the criminal group acquired the boats that were seized from a business that belonged to one of its members and used the identities of people in financially desperate straits to avoid detection. Authorities said they intercepted four shipments of hash this past spring that the criminal group was trying to smuggle into the country.

“The operation has been finalized, but we are still searching for the leader of the group who has been a fugitive for some time now,” a Spanish Civil Guard spokesman told Zenger News.

Authorities said “Los Pinchos” are suspected of introducing between 6,600 to 13,200 pounds of the drug into the country every month. They are thought to have operated on the southern coastal regions of Cadiz and Malaga, but authorities also found a base of operations for their activities in Campo de Gibraltar county, which is between those two areas.

Agents also found a dry dock to repair the drug-running boats during a seizure in Palmones, in Cadiz.

Those arrested are expected to be charged with drug trafficking, money laundering and participating in a criminal organization.

This is not the first time Europol — the European Union’s law-enforcement agency — has teamed with Spanish authorities to make a major hashish bust. Three years ago, the agency teamed with French Customs, Gendarmerie Nationale and Spanish Customs to dismantle a criminal group involved in hashish smuggling via trucks. The gang, which was based near Spain’s border with France in Girona, smuggled large quantities of hashish from Spain to France and possibly beyond.