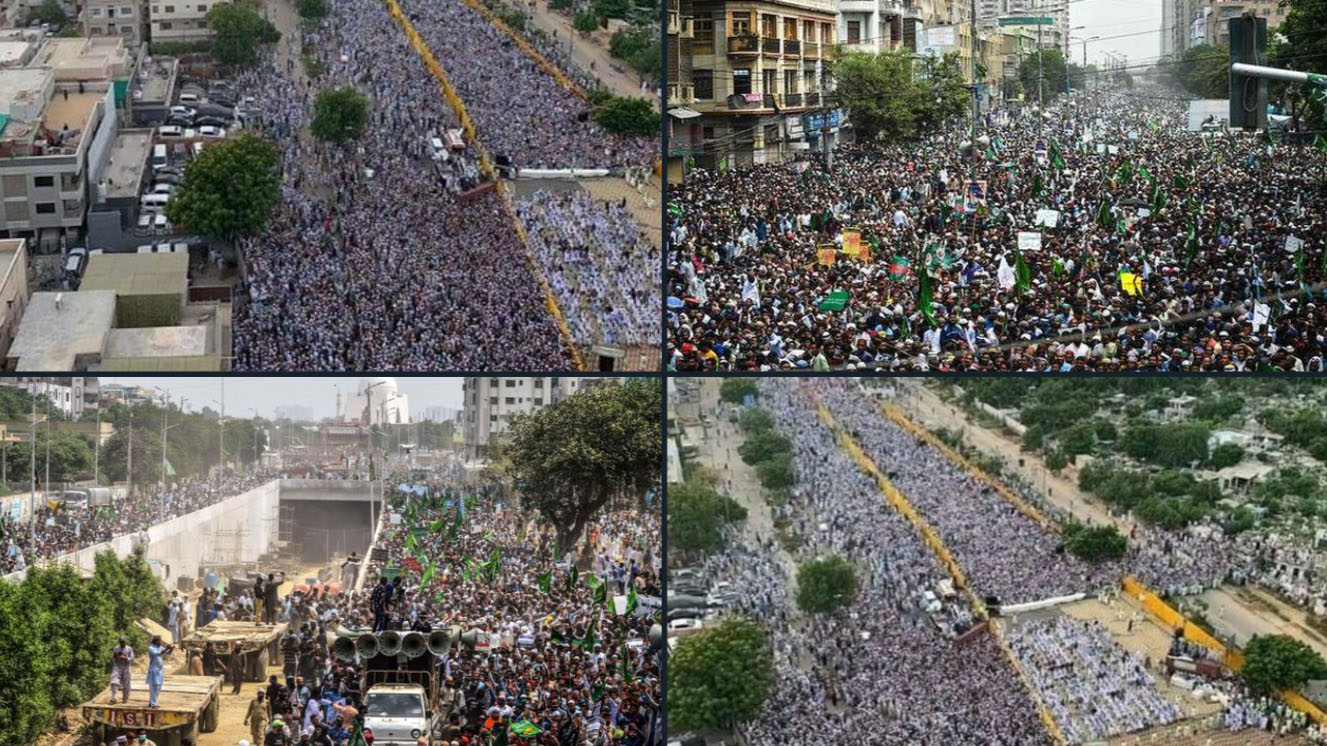 Karachi, the commercial hub of Pakistan, has been at the center of sectarian protests, with anti-Shiite protesters flooding the streets on Sept. 11 and 12, chanting “Shiites are infidels.”

The protesters were seen holding banners of Sipah-e-Sahaba, a banned anti-Shiite extremist group linked to the killings of hundreds of Shiites over the years.

The protests were in response to another rally by Shias during Ashura, the 10th day of Muharram and the first month of the Islamic calendar.

The Sunni leaders, while addressing their protest rally, accused the Shiite leaders of blasphemy after a televised broadcast of the Ashura procession showed the clerics allegedly making disparaging remarks about historic Islamic figures. The leaders have called on the government to take action against those who defame and utter disparaging remarks against such figures.

Riaz Sohail, a journalist from Karachi, said the month of Muharram is always a sensitive time as sectarian tensions run very high, and allowing such rallies might not be a good idea.

“The government took the situation casually and thought things were under control,” he said. “The groups that nurture on sectarianism need such a space to raise their heads, and this space was provided by the lax attitude of the government.”

He said the divide between the Shiite and Sunnis in Pakistan has widened to such an extent that it would take a long time to bridge the gap.

Pakistan has a brutal history of sectarian killings, including the murder of Shiite pilgrims, schoolchildren, doctors and intellectuals since the 1980s. The bloodshed intensified in the 1990s. The situation was further aggravated in the 2000s when the Pakistani Taliban and other sectarian groups became active.

A Shiite procession was targeted in December 2009 in Karachi, leading to the death of around 40 people. The next year, three explosions killed another 40 people in a procession in Lahore. Two days later, another 73 people were killed in a bomb blast during a Shiite procession.

The violence has continued over the years. In February 2012, 18 Shia passengers on a bus from Rawalpindi to Gilgit-Baltistan were separated and shot dead by militants dressed in army uniforms. In 2013, the Hazara Shiite community of Quetta was targeted, with over 230 people killed in two months.

Following the deaths of thousands of Shiites, the government cracked down on extremist groups in 2015. The crackdown stopped big attacks, but targeted killings have continued.

“The army and political leadership showed the will in 2015 to curb sectarianism,” said Amir Rana, an independent security analyst. “The top leadership of the extremist groups was wiped out. The state managed to weaken, if not completely wipe out, these extremist groups. It resulted in a relative sense of security for the Shias in the country.”

However, analyst and journalist Aamer Ahmed Khan said one should not rule out the “relocated battlefield” of the Saudis and Iranians.

“Why is there hardly any sectarian violence in the cities of the province of Sindh, except Karachi, while violence is rife in the other three provinces — Balochistan, Punjab and Khyber Pakhtunkhwa?” he said. “The Saudis and Iranians have pumped money into the madrassas in these provinces.”

The rise of sectarian violence in Pakistan can be traced back to the 1979 Iranian Revolution. Before that, Pakistan’s Shia clerics studied in Najaf, a city in Iraq. The Shiite revolution in the neighboring country kindled a sectarian fervor that spread to Pakistan as well. In addition, the Saudis started to pump petro-dollars into the religious seminaries in Pakistan to propagate the Saudi form of Islam.

Pakistani authorities used the jihadist militias in their proxy wars. The seminaries that trained them began apostatizing through the issuing of fatwas.

The Centre for Research & Security Studies in Islamabad, in its 2019 report, warned that the state has had a traditionally weak response to sectarian conflict and that it must concertedly push against this element for the desired results.

The Shiites in Pakistan are among the religious minorities to witness the enforced disappearances of their community members — a phenomenon generally widespread in Pakistan. There are no confirmed figures for these disappearances, but community leaders put the number around a dozen.

“In the absence of a strong criminal justice system, along with the menace of extremism on the ideological front, terrorism could (and still does in a limited capacity) rear its head,” according to Annual Security Report of the Centre for Research & Security Studies. “The state of Pakistan needs to shift its attention to the underlying causes and sources of radicalization and discord to permanently eliminate the problem.”