Details of the successful test were shared by Chinese state media, citing a now-deleted article. 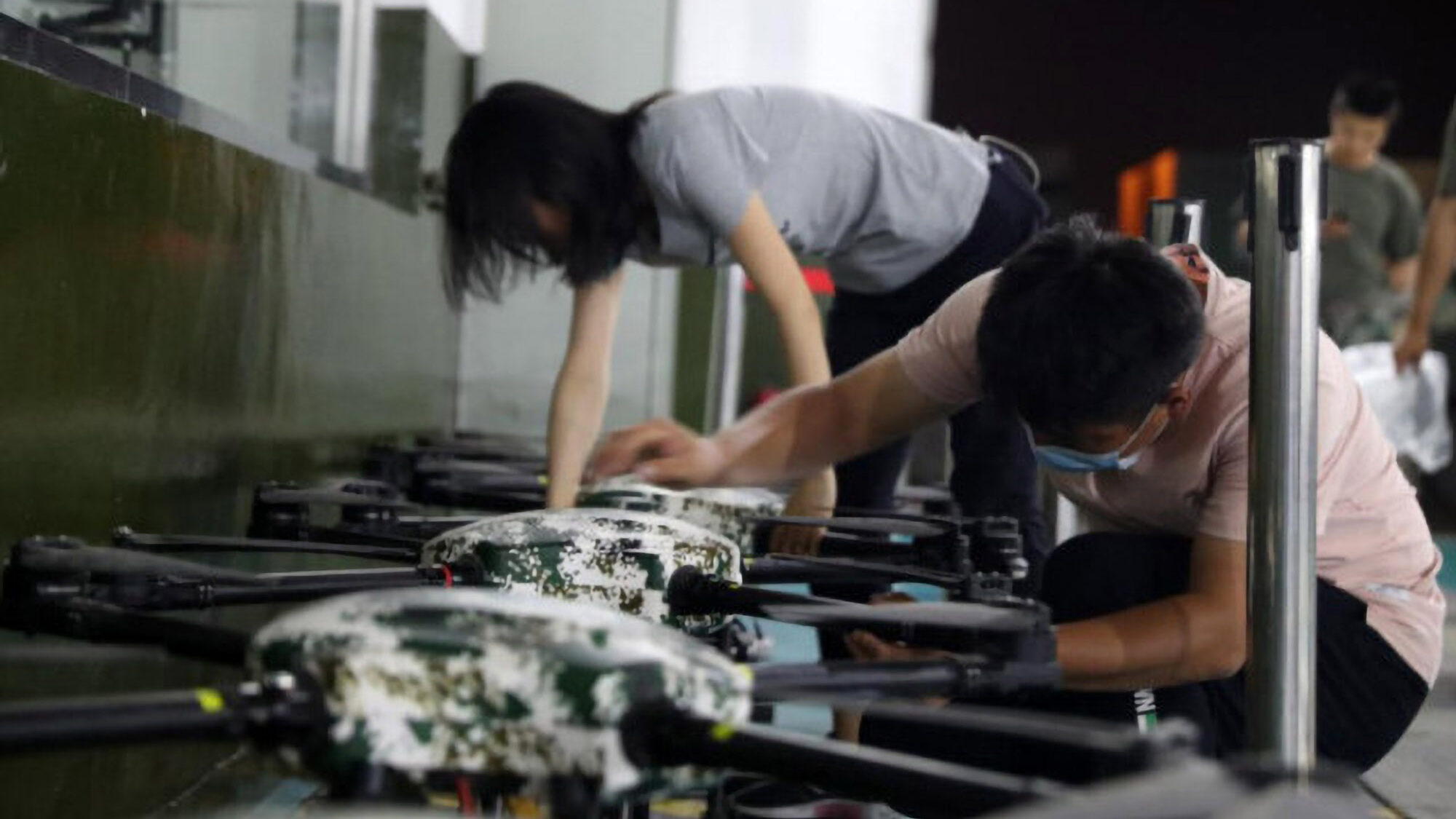 People work on drones in China in an undated photograph. (Hiwing/Newsflash)

The Chinese army claims to have successfully tested a new combat system that integrates armored vehicles with protective “drone swarms” that give them up-to-date battlefield information so they can both defend themselves and attack.

The Beijing-based company specializes in unmanned aerial drones and is a subsidiary of the state-owned China Aerospace Science and Industry Corp.

Hiwing took down its post, which was originally shared with Chinese social media platform WeChat, without explanation on Sept. 8.

Images in the article showed a swarm of small coordinated aerial drones leading a column of armored vehicles, including a Type 04 or ZBD-04 infantry fighting vehicle, as well as a Type 96 main battle tank.

The images are thought to have been captured during the unnamed army unit’s successful military drill, which was carried out in May in an undisclosed location, said Weihutang, a China Central Television program on military affairs, on Sept. 9.

The report said that drone swarm technology is a growing industry as mass-produced drones are low-cost, cover a wide area and are flexible and expendable.

Citing data released by the U.S. Defense Department in 2018, Weihutang said that America is also aiming to use drone swarms to support ground troops for reconnaissance, aerial backup, and communications relays.

By releasing several drones, those in the armored vehicle can better understand the battlefield situation than by using a single one.

Drones can also be armed to launch attacks, and the use of swarms make it difficult for the enemy to intercept all of them.

The report on the Chinese drone swarm reflects a global surge in the use of such unmanned aerial vehicles by armed forces across the globe. According to a 2019 study by the Teal Group, military spending on drone research and development is expected to hit $69 billion over the next decade. Procurement funding for drones is projected to reach $10.3 billion during that same timeframe.