MIT’s Super Fab Lab has opened in Kerala in south India to help in automation and robotics research. 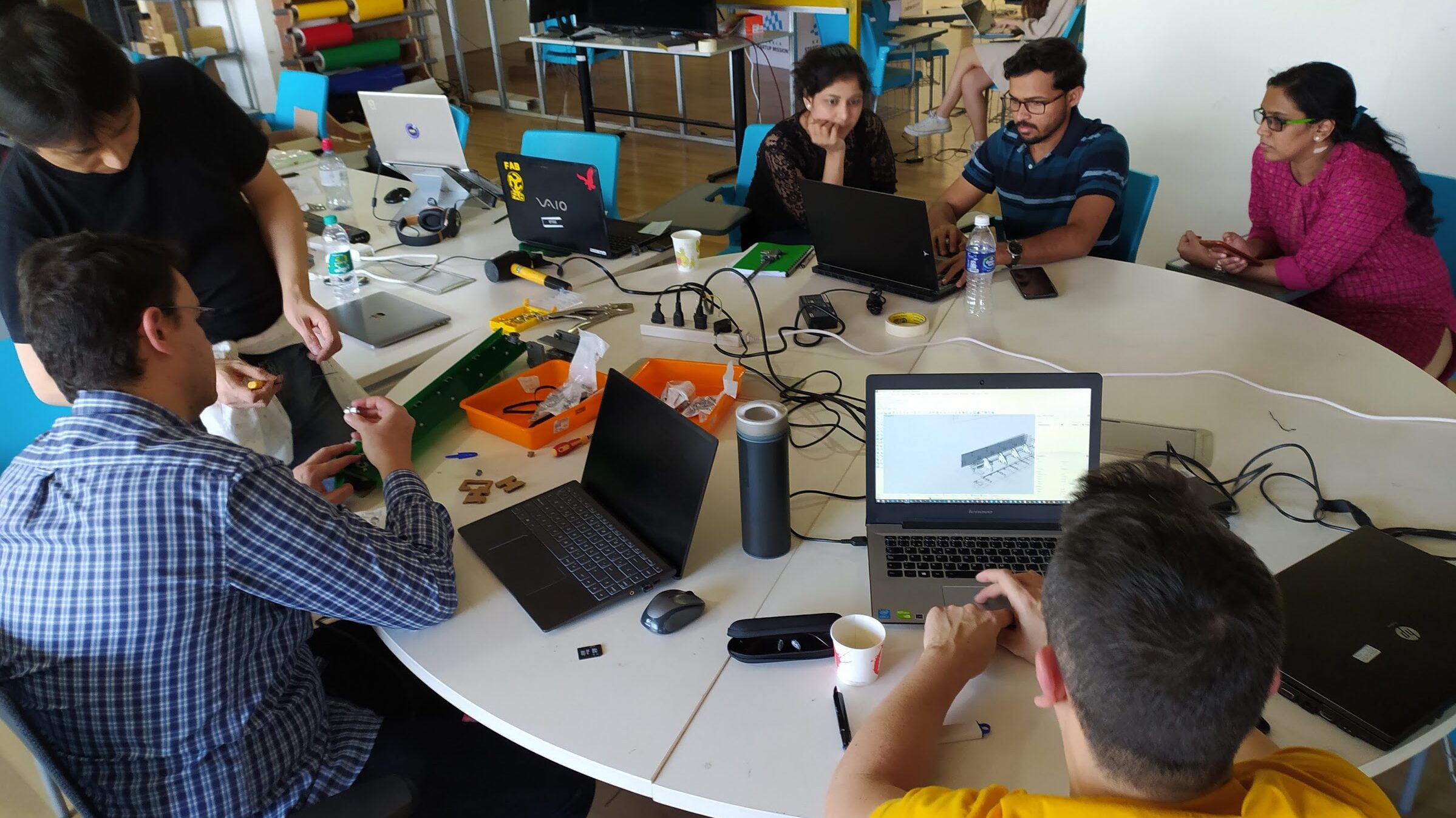 Scientists at work in the lab in Kerala in January 2020. Courtesy: Kerala Startup Mission

Startups in the southern state of Kerala are getting a boost from the Massachusetts Institute of Technology in research, materials and job creation.

MIT’s Super Fab Lab, a fabrication laboratory, allows startups to not only carry out their own research, but also to access scientific research to improve their infrastructure in a state where most of the work done is on robotics and automation.

The lab was established in January in conjunction with the state’s initiative for startups, the Kerala Startup Mission.

“Our aim is to make prototypes of machines for which parts and equipment can be procured in India,” he said. “We should be able to build machines even with minimum resources. This will help during a crisis such as the current pandemic when it became difficult to import anything.

“We are looking to manufacture with locally available material at all times,” said Ahmed.

Kerala is one of the states that has a startup mission of its own. It began in 2006 and has helped establish 300 startups in the state.

Super Fab Lab is the brainchild of Neil Gershenfeld, director of MIT’s Center for Bits and Atoms. At the Kochi lab — the first outside the United States — there are no mass production facilities, but scientists’ research is available via open source.

“If there are more such labs in India, the country will not have to import machines,” said Saji Gopinath, CEO of the Kerala Startup Mission.

“Companies can use our campus for innovation as well,” he said. “Many of them are using this facility. We expect many more to join us by December.”

It is not only Indian companies that will benefit from the research at this laboratory. Nadeem said the lab has been approached by a company in Poland for permission to use its prototype for a respiratory apparatus.

Government agencies in India have also sought help from the lab.

In addition to producing prototypes, the lab also provides infrastructure support to companies to work on their ideas and to innovate. It can also create customized industrial tools.

Recently it has been providing customized water jet cutters that use high-pressure water to cut a variety of materials.

“You can order one online as well, but some companies have specific requirements,” said Nadeem. “They come to us and we help them out.”

Among the startups that have received help from the lab is Asimov Robotics.

“Our research work is conducted in this Super Fab Lab,” said Jayakrishnan T., founder and CEO of Asimov Robotics. “They have helped us design our first robot. We can go to other vendors now for mass production.”

Some of the robots Asimov Robotics plans on producing are arm manipulators and humanoid service providers. While India has great potential for industrial implementation of robotics, there is little push toward that currently because of cheap labor available in the second-most populous country in the world. However, the industry is expected to grow at 13.3 percent every year until 2025.

“It was cost-effective to work at the Super Fab Lab, as we did not have to spend anything to create separate infrastructure,” said Jayakrishnan.

Other startups that have used this facility are Genrobotics, which makes robots to clean sewage, and EyeRov, which claims to have created the country’s first underwater robotic drone.

For them, too, the lab is the best option while working on prototypes.

“The experience at the lab is much smoother than while engaging with third-parties in making prototypes,” said Afsal Muttikkal, the chief marketing officer at Genrobotics.

While working at the lab was cost effective, the material available also made the work easy for this company.

“A newcomer might not know how and where to procure material they need to create a prototype,” said Muttikkal. “This place is there to help such people.”

The lab in Kochi is also collaborating with the government’s Atal Innovation Mission to promote research in schools and colleges. The Mission is a flagship scheme for innovation and entrepreneurship.