Activists claim the road is being constructed at the Sinharaja Forest Reserve to boost tourism. 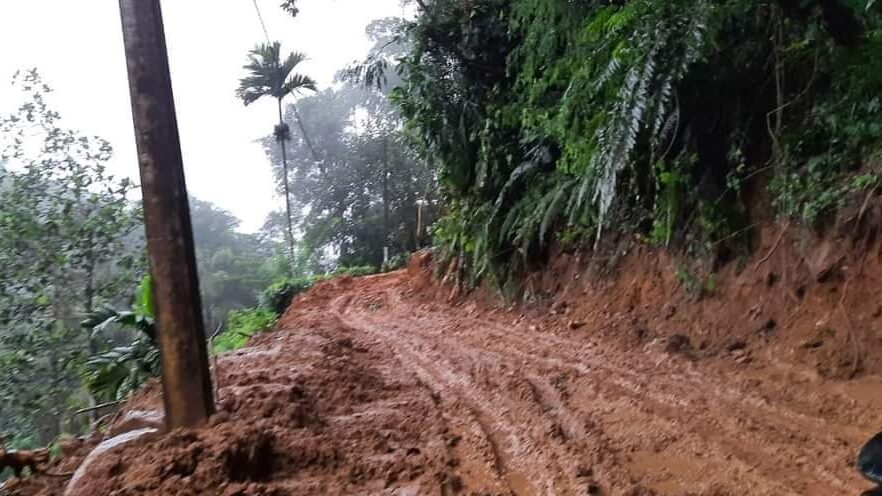 Disputed road construction near the protected Sinharaja Forest Reserve, designated a UNESCO World Heritage Site, has sparked protests from environmental activists who are concerned about the future of the precious Biosphere Reserve.

Despite the protests, Sri Lankan President Gotabaya Rajapaksa doubled-down on orders to build the 18-kilometer (11-mile) road connecting Lankagama to Neluwa, near the Sinharaja Forest Reserve.

Though the president had ordered a halt to construction on Aug. 19 in the wake of protests, after visiting the site on Aug. 29 he ordered construction to resume. The road is now to be completed now in 90 days with the help of the Sri Lankan army.

While the president has asked the Ministry of Wildlife and Forest Conservation to ensure that the protected zone is not adversely affected, environmentalists claim that construction of the road is illegal.

“No Environmental Impact Assessment clearance was obtained before resuming the construction,” Sanjeeva Chamikara, from the Movement for Land and Agriculture Reform, a nongovernmental organization that advocates for environmental protection and sustainability, told Zenger News.

“This is still illegal,” he said.

Any construction in Sri Lanka that covers more than 100 meters (328 feet) in a protected zone needs to have an environmental impact assessment, according to the government’s National Environment Act.

The Road Development Authority of Sri Lanka said construction was restarted at the request of residents, who expect the new road to provide better access to medical facilities.

Environmentalists, however, believe that the new road will only boost tourism.

“The road will connect to Pitadeniya in Deniyaya and Lankagama, where several hotels are situated,” said Chamikara. “As a result of increased tourist activity, the value of land has increased. Construction of access roads would only take the prices of land higher.”

The Sinharaja Forest in southwest Sri Lanka “is the country’s last viable area of primary tropical rainforest,” according to UNESCO. It is the largest bio reserve in the country and home to several endemic trees and mammals.

During the recent construction work, trees in the forest have been razed, as seen in satellite imagery, and soil has been deposited into the Gin Ganga river, posing a threat of landslides and blocked waterways.

Rajapaksa told the inaugural session of the Ninth Parliament on Aug. 21 that the country would swiftly develop the tourism sector and that it would earn $10 billion in the next few years. In 2018, tourism contributed 4.9 percent to Sri Lanka’s gross domestic product.

About 2,488 hectares (6,147 acres) of land around the forest belonged to the government’s Land Reform Commission, said Chamikara. “This allowed it to be easily privatized.”

“Former president Maithiripala Sirisena had added all these lands to the Sinharaja Forest Reserve,” he said. “But the gazette remains unpublished. The government has planned to sell the surrounding land of the Sinharaja Forest area for commercial agriculture and other development projects.”

Another environmentalist, Sethil Muhadiram, said, “The army hurriedly began the construction. No clearance was obtained from the Central Environmental Authority or the Road Development Authority.”

“Even the Forest Department that is directly responsible for sensitive ecological areas was not consulted. The government should reveal the sources of funding.”

Initial construction began in 2013 but was stopped after environmentalists cried foul and brought the matter under the purview of UNESCO. However, construction resumed in August 2020, not long after Mahinda Rajapaksa, the president’s brother, was named prime minister.

“Locals in Singaraja have confirmed that one of the hotels in the area belongs to Yoshitha Rajapaksa, the second son of Mahinda Rajapaksa,” said Chamikara.

Yoshitha Rajapaksa has denied owning any hotels in the Singaraja Forest Reserve area and has filed a defamatory case against Chamikara.

“Most of the politicians or people with power work in a certain way. They make one of their most trusted persons as owners of the property to escape legal ties,” said Welikumbura. “That’s how things have been in Sri Lanka since the 1980s.”

If the road is constructed, the rate of illegal activities could go up further, he said.

“Lankagama is one of the main threats to Sinharaja. There are poachers, tree loggers, and smugglers in the area,” said social activist Welikumbura.

“There is already a spike in the illegal trade of meat and activities like poaching,” said Chamikara. “The people belonging to the surrounding areas wanted to publish the gazette to prevent illegal trade and bio-piracy. We want them to obtain an EIA report.”

“We also want the government to identify alternate roads to the destinations and relocate endemic species along the road to be constructed,” he said.