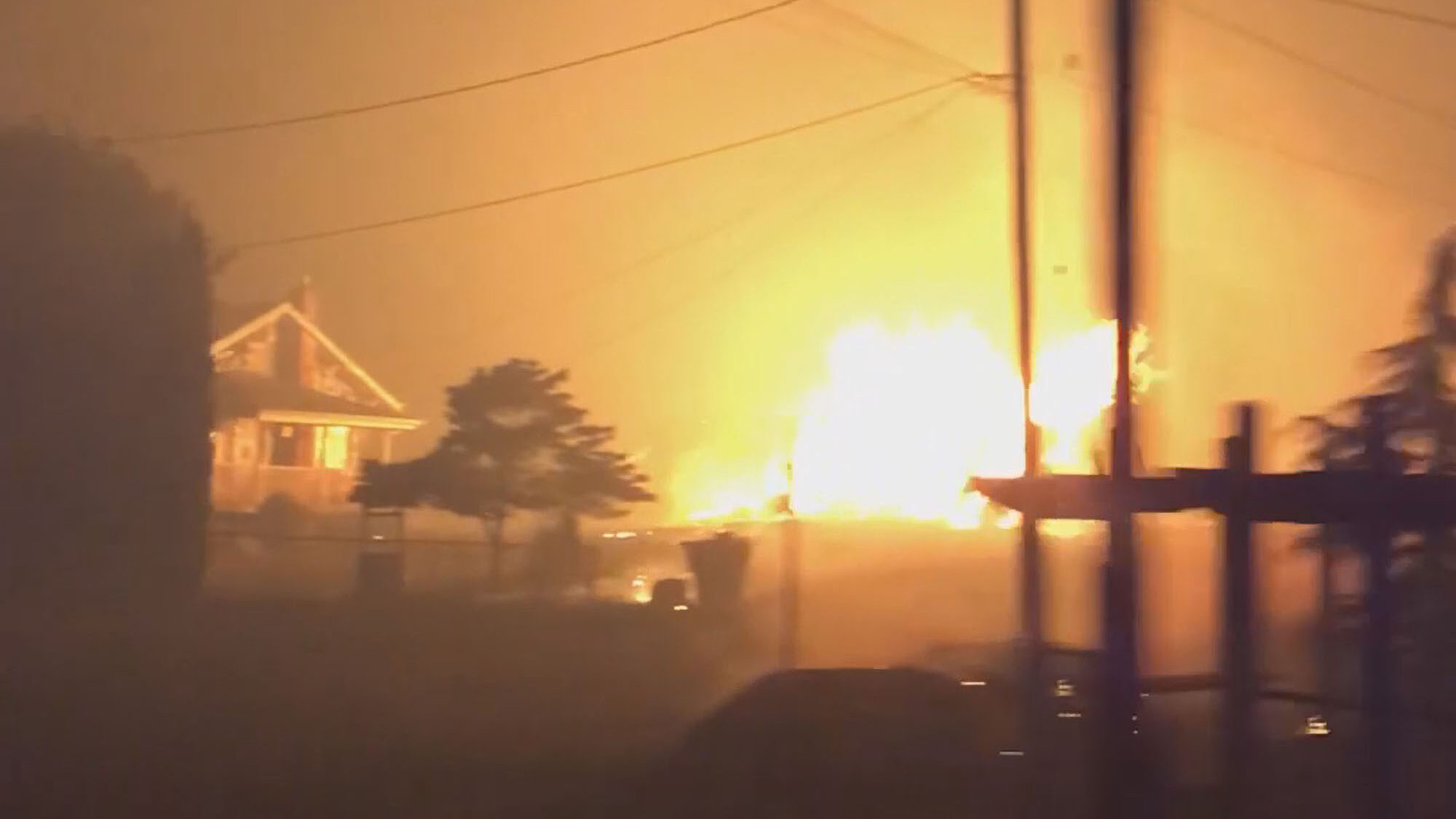 A fire swept through Mill City, Oregon, burning around the clock as first responders rushed to put out the flames.

Residents were forced to evacuate ahead of schedule early Tuesday morning as the Beachie Creek fire picked up speed arriving about a day ahead of predictions.

The video shows the moment an officer from the Marion County Sheriff’s Office drives in a street in Mill City showing large flames.

As the video continued, you could see several buildings had completely burned down.

“From what I understand, there’s about a half of the town on the north side that sustained a lot of damage.” Mayor Tim Kirsch told the Statesman Journal.

Mill City has a population of 1,855 according to a 2010 census and covers 0.84 sq. miles of land. It is unclear if all the citizens were able to make it out alive.

“It will be a miraculous event if we do not lose a life,” Marion County Commissioner Kevin Cameron said referring to several local and out-of-town campers in the area for Labor Day weekend.

The Santiam Fire has now grown to 131,00 acres. No new major evacuations have been reported.