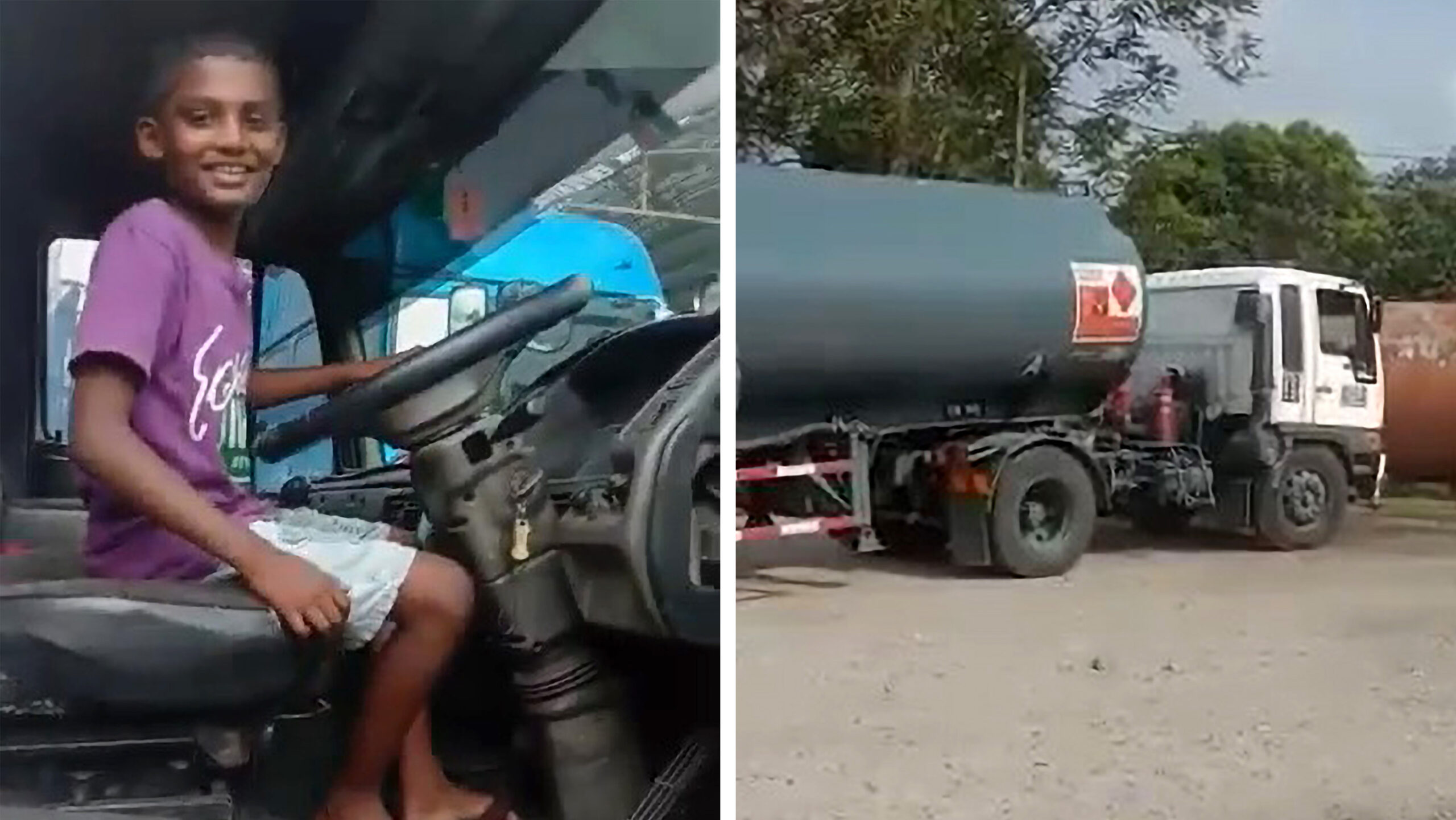 A tanker truck was captured on video as the driver, who turned out to be 14 years old, maneuvered the controls as though he does this a lot. (@inforoadblockjpjpolis/Newsflash)

A young driver took on a big rig and now his parents could be in big trouble.

Police are investigating after a video on social media showed a 12-year-old boy driving a huge fuel tanker around a yard and reversing it into a tight space all by himself.

The incident is believed to have taken place in the town of Rantau in the western Malaysian state of Negeri Sembilan.  The Royal Malaysia Police are investigating the boy’s parents and the trucking company for possible negligence.

The video, uploaded to a group on Facebook, has been viewed nearly 350,000 times. The boy is seen maneuvering the fuel tanker in a yard before reverse parking it into a small space. It is unclear whether it had a full cargo at the time.  There are several other tankers in the same yard.

The person filming, who was not identified, can be heard saying: “Look at our next generation. (He’s) 12 years old.” The boy can be seen grinning behind the wheel.

The matter is being investigated for alleged abuse or neglect of a child in a manner that is likely to cause physical or emotional harm, police spokesperson Mohd Said Ibrahim said.

If charged and convicted, the parents could face a prison term of up to 10 years or a fine of around $4,750, or both. The police intend to question the child’s parents and are also investigating the trucking company.

“The boy’s father is clearly negligent if he allowed his underage son to drive the tanker lorry,” Ibrahim said.

Meanwhile, a 9-year-old Malaysian boy was filmed driving his father’s car without permission in the same area of Negeri Sembilan earlier in the week. Video shows the boy sitting behind the steering wheel as a resident asks who taught him to drive. The child replies that it was his dad. At the end of the video, the boy speeds off in his father’s small Proton Saga vehicle.

A preliminary investigation found that the boy was driving the car without his father’s permission.

The Kelab Info Malaysia Facebook page said that the boy’s parents had been fined as the boy is their responsibility regardless of whether they gave him permission.