The country’s GDP shrunk by 23.9% in the second quarter of this year, compared with the same period in 2019. 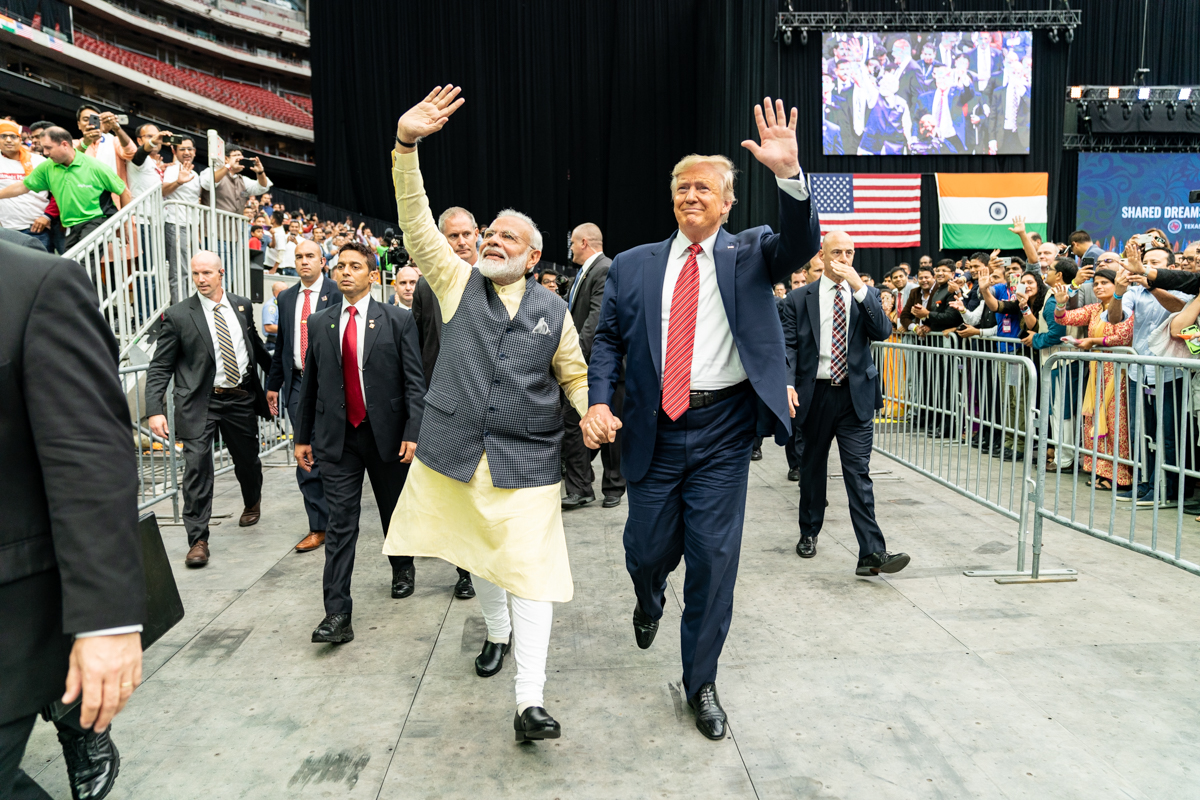 India has had an economic jolt. The country’s gross domestic product (GDP) growth shrunk by 23.9% in the April-June period on a year-on-year basis, according to data released by the National Statistical Office (NSO).

This is the first time in 40 years the economy of India—third largest in Asia and fifth largest in the world—has had negative growth. And that’s challenged Prime Minister Narendra Modi’s efforts to promote the country as an economic powerhouse.

India is now the worst-performing economy among the G20 nations.

“Graph puts G20 growth numbers on a comparable scale, quarter-on-quarter non-annualized. Should expect rebounds in Q3 but 2020 overall will see major contractions. China recovers strongly in Q2 after a collapse in Q1.”

That’s a serious spiral and a blow to India’s economic prosperity, which become the world’s fifth-largest economy in 2019 in terms of nominal GDP at $2.94 trillion, according to the IMF.

Here’s how the stats break down: In the quarter under review, India’s manufacturing sector’s growth shrunk by 39.3% and the construction sector’s by 50.3%. Mining output reduced by 23.3% while trade, hotels, transport and communication combined endured a 47% drop.

“The GDP estimation has been done by field studies, which were affected by Covid-19,” said K R Shyam Sundar, professor of human resource management at  XLRI—Xavier School of Management, Jamshedpur.

“The actual fall in GDP would be much higher than what was reported,” he said.

India’s ill-planned 21-day lockdown in late March is blamed for the economic fiasco. Yet, the Indian economy was on a slide even before the pandemic. India’s economy grew by 3.1% in the January-March quarter. This was its slowest growth in eight years.

“The lockdown and the gradual unlock in various states contributed to a sharp 40.7% year-on-year contraction in manufacturing volumes in the first quarter of 2020-21 financial year,” said Aditi Nayar, principal economist at, ICRA, a credit-rating agency.

One major consequence of the lockdown was widespread massive layoffs, leading to an acute spike in unemployment levels.

In April, India’s unemployment rates touched 23%. In August, it moderated to 8.35%, according to data from the Centre for Monitoring Indian Economy (CMIE). But those stats may not include all workers.

“Even the unemployment surveys have not considered the migrant laborers,” said Sundar. “There are various micro-level surveys by various organizations that show much higher unemployment than what is being shown by CMIE.”

During the lockdown, thousands of migrant workers from major cities, such as New Delhi and Mumbai, lost their jobs. Most were daily wage-earners and the lockdown led to a total freeze in income.

In June, Moody’s Investors Service downgraded India’s rating to “Baa3,” the lowest in the investment grade. It stated the action was not driven solely by the pandemic, but India’s prolonged period of slow growth preceding the pandemic.

“Rather, the pandemic amplifies vulnerabilities in India’s credit profile that were present and building prior to the shock, and which motivated the assignment of a negative outlook last year,” Moody’s report stated.

“Slow reform momentum and constrained policy effectiveness have contributed to a prolonged period of slow growth, compared to India’s potential, that started before the pandemic and that Moody’s expects will continue well beyond it.”

The government has tried to check the slide.

India Ratings and Research’s (Ind-Ra) analysis noted the relief package was only 1.1% of GDP. Much of the government support was in the form of credit guarantees or credit lines, with minimal impact on government finances, it said.

Since coming to power in 2014, Modi has tried to project India’s financial strength. A frequent flyer, he has gone on 59 foreign visits, spreading the message of India’s economic muscle to the world.

Modi’s efforts correlate with the rise of foreign direct investment (FDI) in India over the past few years.

“Every year, we are reaching record highs in FDI,” Modi had said at India Ideas Summit 2020 in July. “Each year is significantly higher than the earlier one. FDI inflows in India in 2019-’20 were $74 billion. This is an increase of 20% from the year before that.”

“There is unlikely to be a major change in FDI flow,” said Devendra Kumar Pant, chief economist at India Ratings and Research.

In fact, he is cautiously optimistic about the future.

“All across the globe demand contraction is taking place,” he said. “The fundamentals of the Indian economy haven’t changed drastically. Yes, there will be some hit for some time, but the economy will come back to normal. It will take time.”