The dinosaur fossils are thought to be 125 million years old. They were perfectly preserved in their burrow. 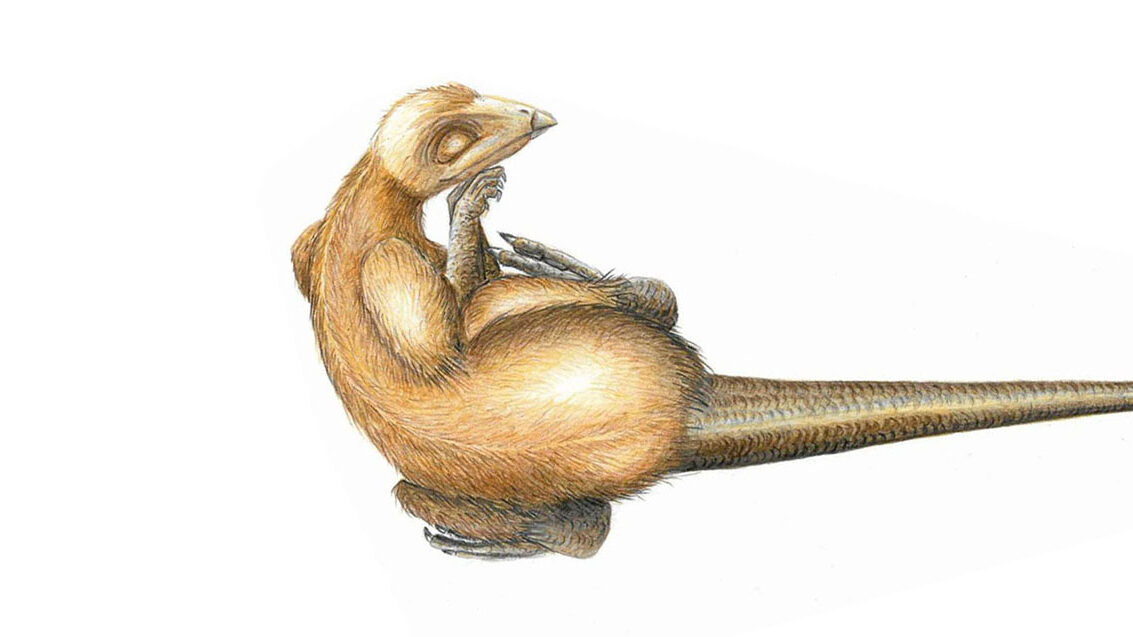 Palaeontologists discovered fossils in China that suggest a species like this artist's rendering was 4 feet long, lived 125 million years ago and could burrow beneath the earth. (Carine Ciselet/Newsflash)

Palaeontologists on a dig in China have discovered a 4-foot-long species of dinosaur that could dig itself underground.

A burrow containing two fossilized specimens was covered by what scientists believe was mud flowing from a nearby volcano, preserving them perfectly for an estimated 125 million years.

The significant excavation in the Lujiatun Beds in Liaoning Province in northeast China is in a region known for producing major dinosaur discoveries.

Pascal Godefroit, a palaeontologist at the Royal Belgian Institute of Natural Sciences (RBINS), said his team believes the creatures were trapped in their burrow by a sudden mudflow.

From their natural posture, the two specimens are thought to have been resting underground, and the species has been named Changmiania liaoningensis, after the Chinese word for eternal sleep, changmian.

“They are still in a lifelike position,” Godefroit said, “and the fossils do not show any wear or food marks.”

“Possibly the animals were surprised by a lahar, a mudflow with volcanic material. We know that the area was volcanic at the time,” he said.

A lahar is a sudden, violent mudflow that typically occurs after heavy rains and washes down the side of a volcano. The flow is extremely fast and capable of destroying any structures in its way.

The characteristics of the newly discovered Changmiania suggest that they lived above ground, but could dig burrows.

“It had a short, but robust neck and forearms,” Godefroit stated. “The top of the snout was the shovel, and it had shoulder blades typical of diggers.”

Hundreds of beautifully preserved dinosaur skeletons, including feathered dinosaurs, have been unearthed in this same area over the past 20 years, but these are the first Changmiania.

The fossils now belong to the Paleontological Museum in Liaoning, which boasts a collection of more than 10,000 fossils that are said to span 3 billion years.