Lawyer “Provided Weapon” to the Killer of American Citizen 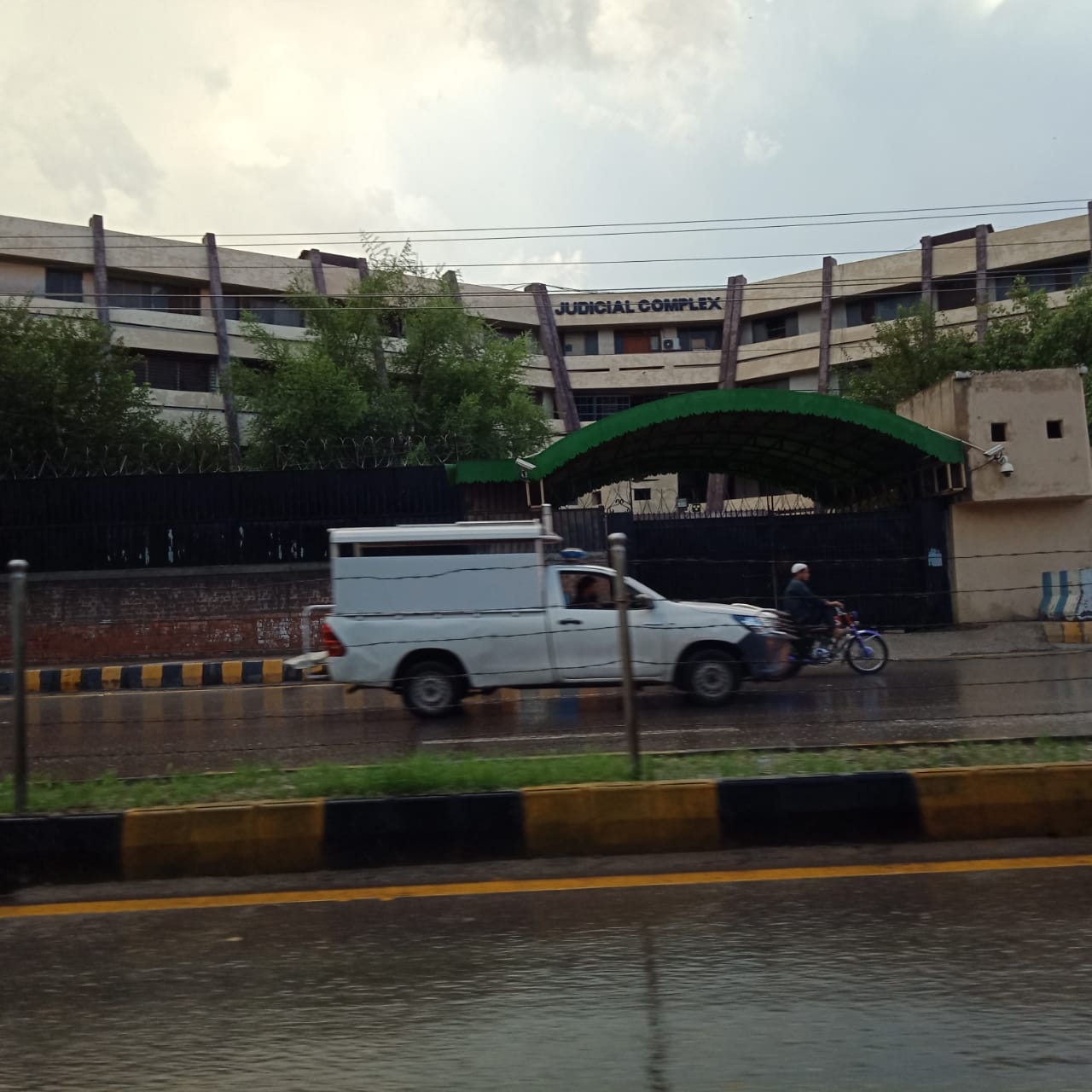 The murder of a US citizen accused of blasphemy in Pakistan by a teenager inside a courtroom has once again put the global spotlight on the blasphemy laws in the country.

Faisal Khan, 17, opened fire on Tahir Ahmad Naseem, 57, a Pakistani-American, in a crowded courtroom in Peshawar, 112 miles northwest of Islamabad, on July 29. The incident has sparked outrage in Pakistan as well as the US.

The US State Department has urged Pakistan to reform the blasphemy laws under which Naseem, who had been arrested two years ago, was being tried. Khan is in police custody.

Investigating officer Lalzada Khan told Zenger News that during interrogation, Khan had claimed he got the gun into the courtroom with help from a lawyer, Tufail Zia, who has also been detained.

“Zia has denied the accusation,” lawyer Shabbir Hussain, who is defending both Khan and Zia, told Zenger News.

Peshawar Judicial Complex, where the incident took place, is in a high-security zone in the cantonment area of the city. Other important buildings such as the provincial assembly, the chief minister’s secretariat, the Peshawar High Court, and Governor House are also nearby. Security at the main gate and inside the judicial complex is very strict.

However, as is common in Pakistan, lawyers do not need to be patted down before entering the courts.

Blasphemy laws in Pakistan — a Muslim-majority nation — have been criticized internationally for being used to target religious and social minorities.

“The systematic enforcement of blasphemy laws … severely restricted freedom of religion or belief” claims a recent report on Pakistan by the United States Commission on International Religious Freedom.

Amendments to the code in 1986 under the rule of military dictator Muhammad Zia-ul-Haq are an “elaborate facade for the ongoing persecution of vulnerable individuals and the reign of the violent extremist idea,” according to a paper published earlier this year by the European Foundation for South Asia Studies.

The report also identifies vigilante justice against religious minorities as one of the major outcomes of the blasphemy laws.

“Mr. Naseem had been lured to Pakistan from his home in Illinois by individuals who then used Pakistan’s blasphemy laws to entrap him,” said the US State Department in a statement after Naseem’s murder.

“The U.S. Government has been providing consular assistance to Mr. Naseem and his family since his detention in 2018 and has called the attention of senior Pakistani officials to his case to prevent the type of shameful tragedy that eventually occurred,” the statement also said.

In Pakistan, Khan has been glorified as a “holy warrior.” Lawyers have been photographed kissing and smiling with him. Officers of the elite force of Khyber Pakhtunkhwa Police have also taken selfies with the accused.

Human rights organization Amnesty International in its press release said the broad, vague and coercive nature of the blasphemy laws violate the rights to freedom of religion and belief and of opinion and expression and recent incidents in Pakistan indicate that the snare is widening to include artists, human rights defenders, and journalists.

“Pakistani authorities need no more evidence to see how dangerous the blasphemy laws are — they are abused to make false accusations that can, and have, led to unlawful killings and even whole communities being attacked and their homes burned,” said David Griffiths, director of the Office of the Secretary-General of Amnesty International.

Blasphemy laws in Pakistan were introduced in the colonial era in British India — which included the territory that is now Pakistan — with the justification of preventing and curbing religious violence between Hindus and Muslims.

Under the military government of General Zia-ul-Haq (1977-1988), additional laws were introduced against blasphemy specific to Islam. Today, the most frequently invoked blasphemy laws in Pakistan’s Penal Code are those against outraging religious feelings, desecrating the Quran, defiling the name of the Prophet Mohammad, and defiling the names of the family of the Prophet Muhammad, his companion, or any of the caliphs.

The mere charge of blasphemy, even in the absence of proof, has frequently led to vicious mob assaults on the accused, intimidation of their family, and — in case of an accused’s affiliation with a religious minority — attacks on and destruction of religious minorities’ settlements.

Human rights activist Dr. Farzana Bari told Zenger News that Pakistani society is not ready to have a reasoned debate about the misuse and the need for reforming the blasphemy laws.

“The parliament is not ready to make reforms in the blasphemy law,” she said.

“The present shape of the law is the creation of a radical state in the 1980s. And we are still not ready to even debate it.”

Voices against the law are being muzzled with cases under blasphemy laws, she added.

“Voices are getting thinner day by day and still we do not see the political will to debate and make reforms,” said Dr. Bari. “Reforming the law is the only way to save the lives of people like Tahir Naseem and others because we all know that most of such cases are nothing but settling personal issues.”