The Dalle Khorsani chili (Scoville rating 100,000 to 350,000) is a fiery delicacy few venture to eat but many are fighting over. 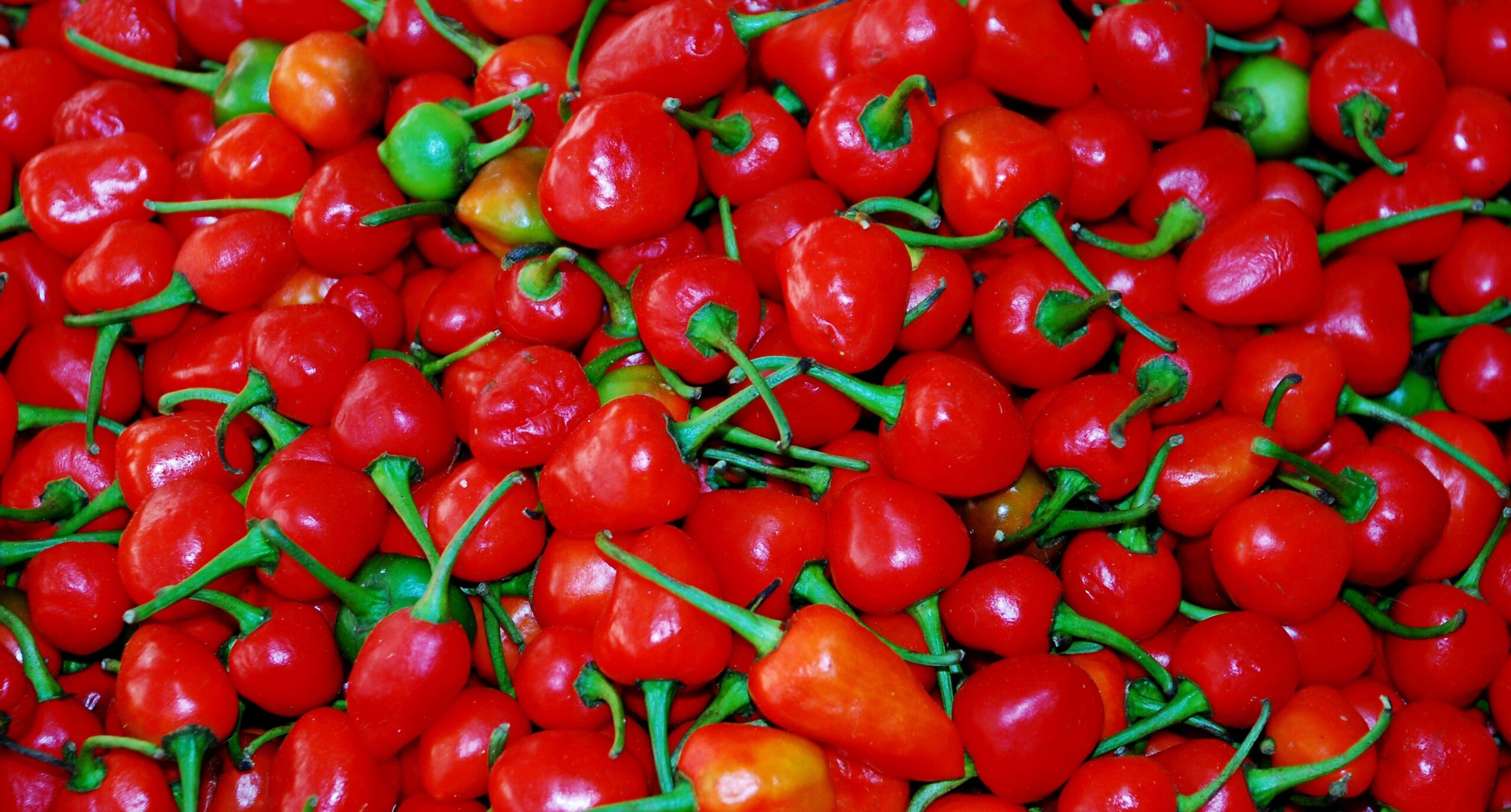 Sikkim, a state in North East India, is set to get a Geographical Indication tag for the Dalle Khorsani chili, a variety of intensely hot rare chili pepper grown in the Himalayan state.

The small and round crimson pepper, which almost looks like cherry when it is ripe, has a Scoville score of 100,000 to 350,000 SHU (Scoville Heat Units). It is used in chutneys and pickles or even eaten raw by the supremely brave.

The Scoville scale, in existence since 1912, “serves to determine the degree of the pungency of fruits of the genus Capsicum, which includes peppers and chilis,” its website states.

The application for the GI tag for the Dalle chili has been accepted by the Department for Promotion of Industry and Internal Trade under the Ministry of Commerce and Industry. The tag guarantees exclusivity with no other company, district, state, or country being allowed to use the logo.

The chili was included in the Geographical Indications Journal (no. 140/ Aug. 31) of the Government of India after an application was filed by the North Eastern Regional Agricultural Marketing Corp. Ltd., known as Neramac, on behalf of Sikkim.

“Red Cherry Pepper (Capsicum annum var cerasiforme), locally known as Dalle Khursani in Sikkim is well known for its unique flavor and high pungency. The crop belongs to the family Solanaceae and genus Capsicum. The plant grows up to 100-130 cm (3-4 feet) height under open field and 150-180 cm height in greenhouse condition (sic),” the journal states.

Neramac is a government body that assists farmers in North East India get the best prices for their products.

“We applied for the GI tag for Dalle chili in 2018­­­­­­­–19,” said Manoj Das, managing director of Neramac. “The logo has already been approved by the GI Registry of India. It takes about three years to get a certificate because the GI Registry office does a lot of research before granting the tag. The GI certification will boost the price of the chili and its market presence.”

While the GI tag is good news for Sikkimese growers and traders, the people in the Darjeeling hills — a region in North Bengal where Dalle is also grown extensively — are peeved that their region has been left out. The Dalle is a high-value cash crop that sells for around $3.5 per pound and the GI tag would have helped farmers in Darjeeling better market their produce.

“Darjeeling has been left out from the process of GI certification,” said Swaraj Thapa, a political activist based in Darjeeling district. “The proposed logo completely omits Darjeeling and only has Sikkim written on it. This omission will adversely affect growers of Dalle as they will not be able to put the stamp of the patented logo on their packaging and they will not be able to avail of central government schemes for GI tag products.”

Thapa has spoken to the Member of Parliament from Darjeeling, Raju Bista, and requested that he take up the matter with the Department for Promotion of Industry and Internal Trade.

“Suitable changes should be made to the logo so that the people of Darjeeling can benefit as well,” said Thapa. “The administration should support and promote Dalle Khorsani cultivation in the Darjeeling region.”

The government of India makes a concerted effort to promote GI registered products. For instance, there are dedicated shops for GI tagged products at international airports in various cities. A GI tag will boost exports too.

Dr. Shalini Cross, a general practitioner in the UK who grew up in Darjeeling, is looking forward to having Dalle pickles and chutneys on supermarket shelves in her country. She misses this fiery pimento of her youth so much that she has even attempted to grow a plant from seeds brought back from her hometown.

“It’s taken me two years to grow my Dalle plant,” said Cross. “Last year it grew and some flowers appeared but they died before giving fruit. This year I cross-pollinated two flowers with a paintbrush as a friend suggested, and it has borne fruit.”

Cross’s family can’t take the heat of a Dalle chili, so she avoids using it in her cooking. She just eats it raw as an accompaniment.

Pragya Sharma, an entrepreneur and home chef based in Salbari, Darjeeling District, sells local pickles and condiments as well as other local organic food under her brand name, Darjeeling Kitchen. She uses Dalle liberally in her branded products as well in her authentic Nepali home delivery menu.

“Dalle is an intrinsic part of Nepali cuisine and is grown and eaten in the Darjeeling hills as much as it is in Sikkim,” said Sharma. “It is extremely flavorful, and adding a dash of Dalle paste to a curry or even instant noodles elevates it instantly. As children, we were always warned not to eat too much of it, as it is very, very hot, but a little bit can also soothe the stomach. My Dalle pastes and pickles are very popular in the grocery stores where they are sold and would have greatly benefited with a GI tag.”

For those who may have overdosed on Dalle, Sharma has a simple remedy: “Have a dollop of ghee and you won’t have to call the fire brigade.”

«Previous Post
Neither Here Nor There: India’s citizenship registry keeps fate of 1.9m in limbo»Next Post
India’s Pharma Sector Faces Roadblocks in U.S. but It Sends Americans 40% of Their Generic Drugs