The government points to Apple’s production in India, but critics claim there is little to cheer about. 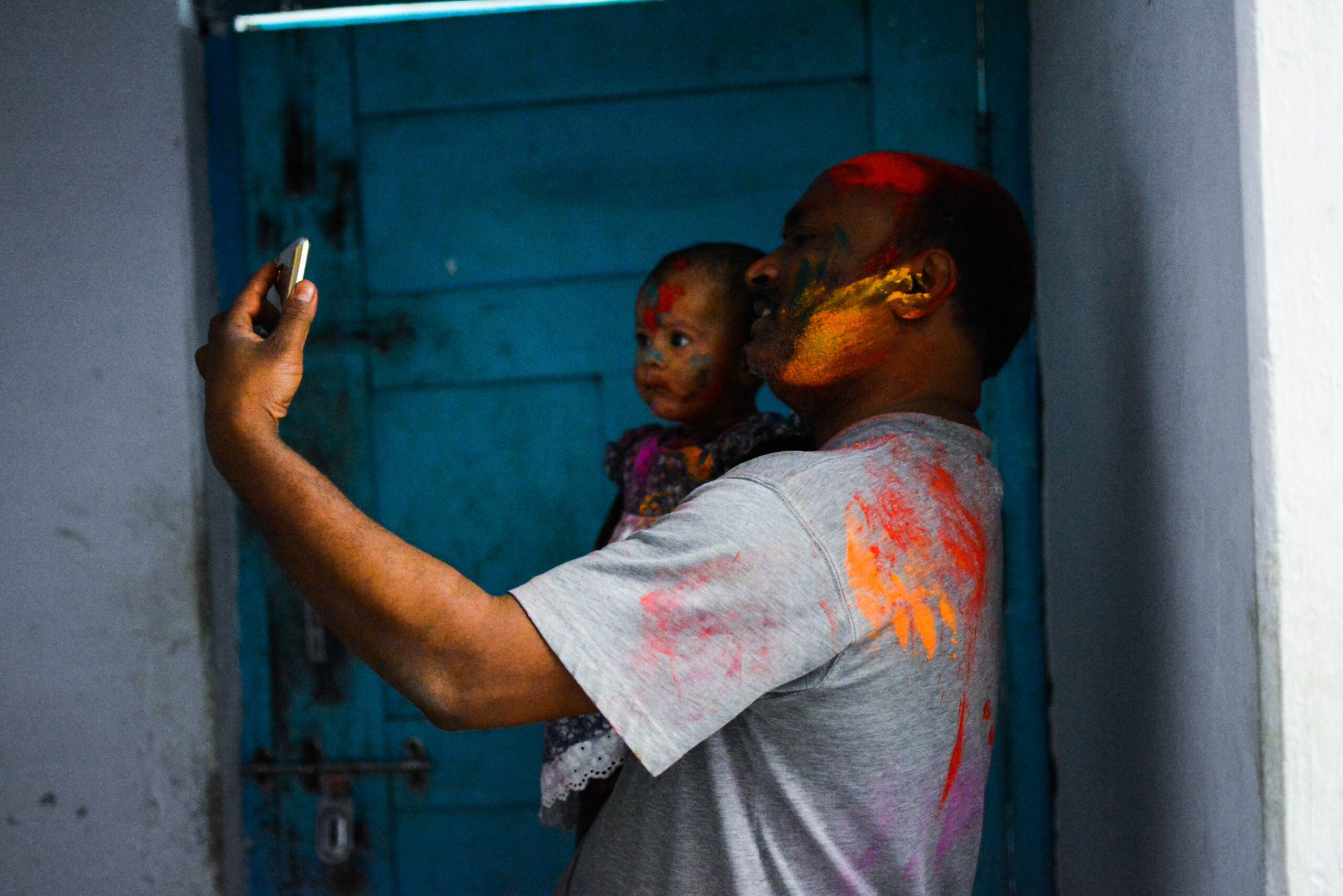 A man carrying a child takes a selfie in Gorakhpur, India. (Vishnu Nishad/Unsplash)

Apple is increasing its engagement in India, in what is seen as proof of the country’s mobile manufacturing capabilities.

“This chronology is a statement in itself as to how @narendramodi  govt has developed the mobile phone manufacturing ecosystem in India,” Ravi Shankar Prasad, India’s Minister for Communications, Electronics and Information Technology, posted in a Tweet on July 24.

He referred to the iPhone models 11, 7, XR, 6S, and SE, which are now manufactured in India.

Critics, however, point out that India’s mobile manufacturing facilities are constrained by lack of specialization, near-zero semiconductor fabrication capabilities, and bureaucratic hurdles.

Apple’s India plans so far have revolved around contract assembly of mobile parts and don’t resolve issues faced by the sector, the critics say.

“I don’t know why we are romanticizing things. Ultimately, they are tightening some screws here,” said Faisal Kawoosa, founder and chief analyst of techARC, a market research firm.

“Let’s appreciate and welcome everyone coming to India, but also look at what they are bringing in intellectually. It’s indeed heartening to see Apple getting serious about India. But, it’s not all about Make In India. We are perhaps setting wrong expectations by making Apple a poster boy of Make in India.”

Prasad had tweeted on June 1 that India has emerged as the second-largest mobile phone manufacturer in the world.

In the last five years, more than 200 mobile phone manufacturing units were set up in the country, he said.  The domestic value-addition in this type of manufacturing — which is manufacturing local components and not just assembling imported ones — is roughly 8 percent, according to the Internet and Mobile Association of India.

“India’s mobile manufacturing sector still does not have the capacity to manufacture the higher value-added components like display, PCB (printed circuit boards) modules, etc.,” the Internet and Mobile Association of India wrote in an email response.

“These high value-added components, which also constitute a significant portion of the bill of materials of a product, are imported. Consequently, the Indian mobile manufacturing sector is heavily import-dependent with domestic value-add restricted to (about) 8 percent only.”

In 2014, when Prime Minister Narenda Modi first came to power, India launched with much fanfare the Make in India initiative with a view to transforming the country into a global manufacturing hub.

“If you look at the intent of the architects of Make in India, it was not just to make assembly shops in India, but building the entire value chain,” said Kawoosa.

“Countries like China, Vietnam, South Korea, and Taiwan have excelled in making one mobile component or other. We have not been able to figure out any major component so far.”

“PMP has achieved limited success in establishing a domestic component/sub-assembly ecosystem that goes beyond chargers/adaptors,” the association’s report said.

India’s mobile manufacturing industry has had limited success due to high levels of technical complexity, lack of capital investment, and the ability to reach a sustainable threshold of operations for several components, the report states.

One major missing link in the Indian mobile manufacturing sector is India’s total reliance on imports for semiconductor fab units. These are raw silicon wafers turned into integrated circuits — an indispensable part of electronics.

“We don’t have semiconductor fabrication in India in the commercial space, although we have it in defense space,” said Kawoosa.

Bureaucratic hurdles have also proved to be a hindrance to domestic mobile manufacturing capabilities.

“Red-tapism has to be controlled,” said Vishal Malhotra, tax leader for telecommunications practice at EY India. “While these facilities are maturing up, we see a lot of challenges on the ground, like getting clearances and approvals.  Despite the concept of single-window clearances, multiple approvals are needed. The regulators too are not forthcoming in giving faster approval.”

But all is not bleak in the country’s mobile manufacturing space.

“Most of the companies are doing CKD. It is not just to appease the government. Large facilities have contract manufacturing to cater to both the domestic market and exports,” said Malhotra.

“Even assembly is a level of manufacturing. There are many CKD level players in India. With PLI, the government is trying to make India an equally attractive place for mobile manufacturing like some other Asian countries,” said Kawoosa.

Despite the bottlenecks, India offers a large domestic market for any global mobile manufacturer.  Apple saw nearly 78 percent year-on-year growth in iPhone sales in the first quarter of 2020, according to data from Counterpoint Research.  It is for this reason that Apple, the poster boy of India’s mobile phone story, is likely here to stay.